Bring stories to life on our stage.

Lipscomb University's Department of Theatre is a student-centered professional training program committed to preparing students for a career in the arts through liberal arts education, rigorous training, interdisciplinary collaboration, and faith-focused community. On our stages, you will join the next generation of artists cultivating the discipline and passion it takes to impact communities and make a difference in lives around the world. Discover how your talent and training can come together here in a way that will guide you into a meaningful and influential artistic life.

By learning from theatre faculty who are also trained professionals, you will become prepared for a number of successful careers in the industry. Collaborate with local professional theatre companies in Nashville’s vibrant and growing art scene. Experiment with techniques and artistic endeavors that will transform you as an artist. We believe that with a well-rounded, holistic education and a dash of grit, you will thrive in an arts career and enrich the world by bringing to light complex truths, global and local issues, and diverse viewpoints.

Live out your potential as a theatre artist who brings stories to life. Learn more about our program offerings at the button below and apply today! 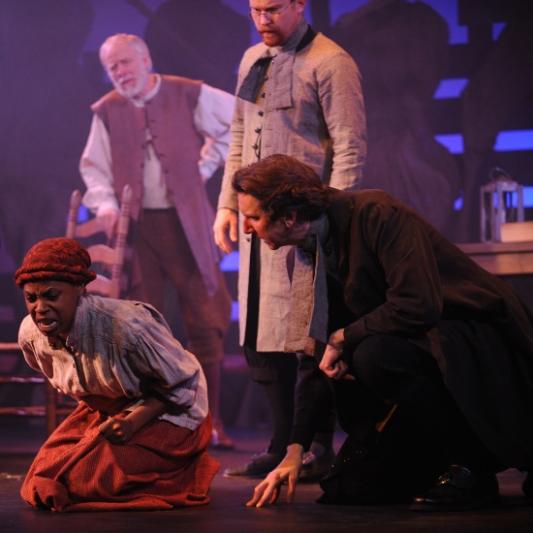 Our department collaborates with local professional theatre companies often, including the Nashville Repertory Theatre, Nashville Shakespeare Festival, Studio Tenn, Blackbird Theater Company, and more. These collaborations are integral to our identity and fundamental to our training. Students have the unique opportunity to work alongside professionals, either onstage or behind the scenes, as part of their undergraduate experience. These collaborations offer real-time professional experiences and the chance to connect with people working in the industry right now. 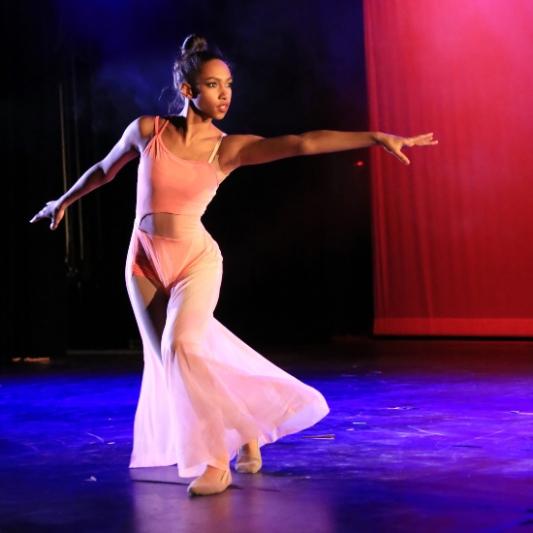 Central to our artistic work is the cornerstone of faith. You will explore the intersection of faith and art through coursework, productions, community, and service. Our department is committed to exploring the realities of the human experience through the lens of Christian faith. We do not avoid difficult questions; rather, we believe Christians should be at the table with others listening, learning, and speaking light into the darkness. We do not pretend to have our faith figured out, but rather use art as a means to wrestle with our belief systems and practices. 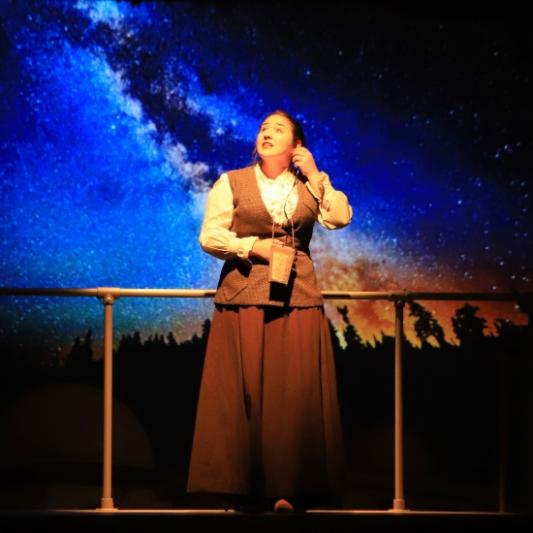 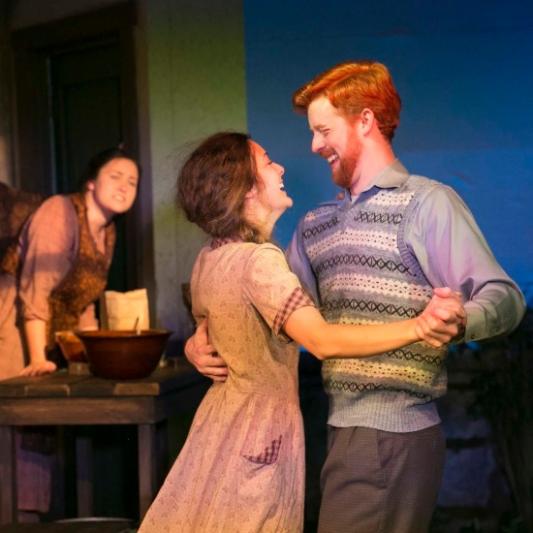 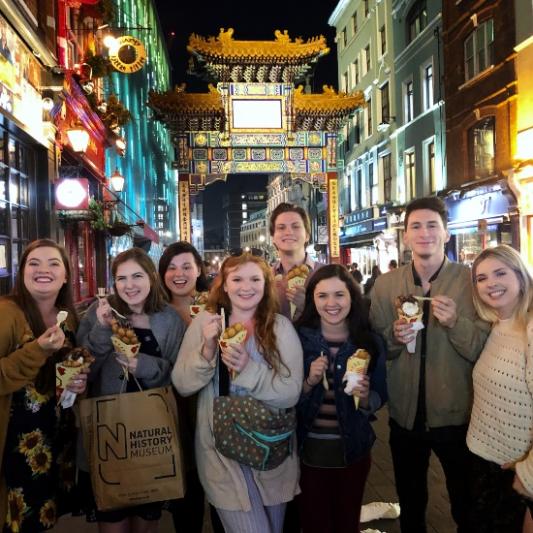 Through Lipscomb’s Department of Theatre, you will have a unique opportunity to spend 10 days in London studying theatre and attending productions at the acclaimed National Theatre and Globe Theatre, as well as on the West End. The department is also developing a one-week trip to New York City for students to meet with industry professionals and see Broadway shows. 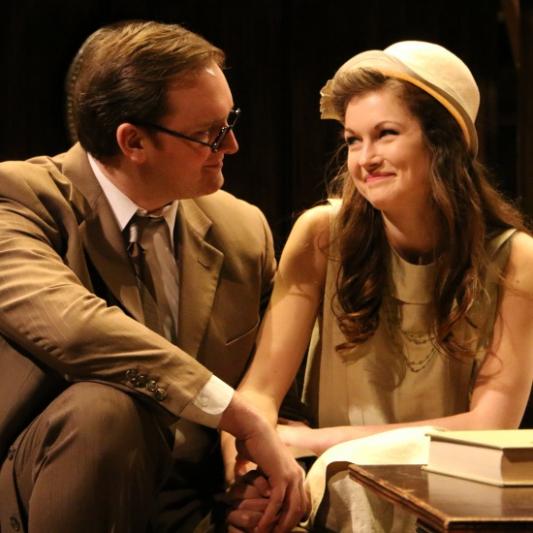 School of Theatre and Cinematic Arts

Theatre boasts a unique relationship with the Department of Film and Creative Media, which together are the "School of Theatre and Cinematic Arts." With this intentional relationship, theatre students have special opportunities to develop film skills by participating in student films and class projects. Every year, theatre students are often seen in Film's Five-Minute Film Festival.

The Department of Theatre is proud to partner with Nashville theatre companies, both professional and semi-professional, to give our students and faculty the best opportunities possible for development, growth, and networking. Lipscomb theatre students learn from those directly in the field, working side-by-side with them either as performers on the stage or in the capacity of backstage crews. The faculty utilize the chance to continue sharpening their directing and/or designing skills with these unique and special collaborations. In the past few years, we have collaborated with the following companies:

The Tennessee Performing Arts Center (TPAC) is a private, non-profit organization dedicated to providing and supporting the presentation of the performing arts. TPAC’s mission is to lead with excellence in the performing arts and arts education, creating meaningful and relevant experiences to enrich lives, strengthen communities, and support economic vitality. Its four stages are home to Nashville Ballet, Nashville Opera, Nashville Repertory Theatre, HCA/TriStar Health Broadway at TPAC, TPACPresents, and a variety of special engagements. TPAC administers one of the largest and most comprehensive arts-in-education programs in the United States, offering learning opportunities for adults and serving more than 1.5 million students from pre-school to high school over the past two decades. TPAC is the largest performing house in Tennessee. In 2016, TPAC and Lipscomb University Department of Theatre began collaboration in hosting the Nashville High School Musical Theatre Awards, or Spotlight Awards.

Nashville Repertory Theatre (NRT) exists to serve through creating “Ah-ha!” moments that inspire empathy, prod intellectual and emotional engagement, and expand the creative capacity of audience and artists though the dynamic connection unique to live theatre. NRT seeks to be a strong and vital professional regional theatre that is an indispensable part of our community's creative life, widely embraced and deeply valued as an essential source for illuminating artistic experiences and exciting entertainment, and recognized as a model of sustainability that is home for a thriving community of professional artists and whose name is synonymous with excellence in every aspect. Nashville Repertory Theatre was founded in 1985 by Martha Ingram and Mac Pirkle as an outgrowth of a production company formed in 1983 to produce the first work for the education program for the new Tennessee Performing Arts Center (TPAC). In April 2018, NRT and Lipscomb University presented an exciting co-production of Inherit the Wind at TPAC.

The mission of the Nashville Shakespeare Festival (NSF) is to educate and entertain the mid-South community through professional Shakespearean experiences. NSF enriches and unifies the community with bold, innovative and relevant productions along with empowering, participatory educational programs, setting the community standard of excellence in educational outreach and performances of Shakespeare’s plays. During its twenty-seven year history, the Festival has grown into one of the region’s leading professional theatres. In 2017, NSF partnered with Lipscomb University's Department of Theatre to present an all-female Richard II featuring a mixed cast of professionals and students. In 2020, the teams reunited to put on a daring production of As You Like It.

Since their start in 2010, Blackbird Theater has gained acclaim as Nashville’s most intellectually adventurous theater, mounting elaborate productions of literate scripts with many of the region’s top actors and theatre designers. Past shows include the original comedic thriller Twilight of the Gods (named Best New Play in the Nashville Scene’s “Best of Nashville 2010” edition), Tom Stoppard’s Arcadia, G.K. Chesterton’s Magic, John Logan’s Red (for which Dean Mike Fernandez won “Best Director”), and the rarely produced Stephen Sondheim musical Pacific Overtures (named 2012’s “Best Musical” by the Nashville Scene). Their 2013-2014 season included George Bernard Shaw’s Man and Superman directed by Beki Baker, and Roger’s Version, an adaptation of a John Updike novel. In 2015, Blackbird mounted an original musical called Myth, and in 2016 produced The Crucible in conjunction with Lipscomb University Theatre. Blackbird is a professional non-profit theater company founded by Wes Driver and Greg Greene, Lipscomb Theatre alumni.  Many of their shows are directed, designed, and performed by Lipscomb theatre faculty and students, as well as Nashville theatre professionals. All of these productions except Myth were produced at Lipscomb University.

Foundation Dance Theatre (FDT) is the resident dance company of Lipscomb University's Department of Theatre. FDT's mission is to create movement that tells strong stories and explore all styles of dance including jazz, modern, tap, Broadway jazz, hip-hop, and more. The company is under the direction of Lipscomb dance faculty members Kari Smith and Leigh Anne Ervin.

Company members include Lipscomb students with a strong dance background and a passion for telling stories through dance.  Students from any department on campus may audition for FDT during their bi-annual auditions. FDT rehearses on Friday afternoons and performs several times a year, both on and off campus. Their annual dance concert, Elevate, is one of the highlights of the year for many students and patrons. 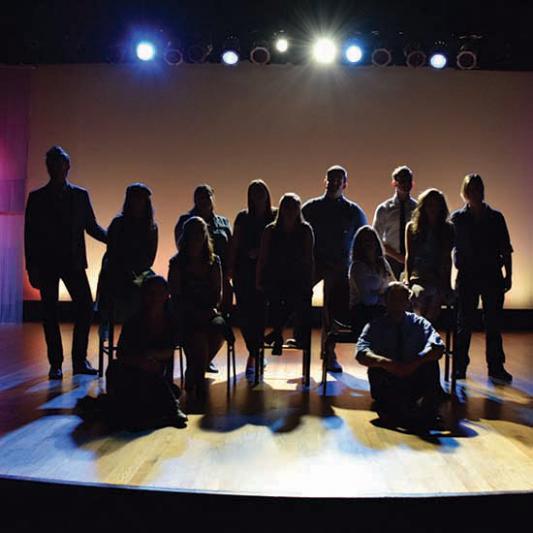 When you graduate from our department, you will have the skills to work in over 50 entertainment-related positions. During your college career, you will be strongly encouraged to pursue internships to prepare for the industry and to establish strong networking connections. You will develop as a well-rounded artist who can work in a variety of positions.