Kyle Brawner, an assistant professor in the biology department, has been awarded the 2021 Christian Scholars Foundation-Emerging Scholars Network Research Grant for his work involving the identification of biomarkers for necrotizing enterocolitis. Each year, the CSF and ESN come together to jointly award the $25,000 grant to an ESN member at the junior faculty level.

"I'm thrilled and grateful to receive the CSF/ESN grant,” Brawner said. “I'm hopeful this award will allow my laboratory to discover novel therapeutic targets for NEC and develop diagnostic and prognostic tests to identify high-risk infants before the onset of severe disease.”

The biomarkers allow doctors to identify individuals who are at risk of getting a particular disease. If an individual is at high risk, it's possible interventions can be made to lower that risk.

Many diseases have biomarkers that signify their presence, such as high blood cholesterol for cardiovascular diseases. Currently, no such biomarker exists for NEC.

If a biomarker were to be found, then the chances of early detection would become greater, as would the life expectancy for the infant.

“Early detection could mean a greater chance for a positive outcome,” Brawner said. “Not many people in the general public have heard of NEC, so I'm also hopeful that this research will build awareness of NEC starting right here at Lipscomb. This is a disease that affects 10% of all premature infants and is fatal nearly half the time in more serious cases, so I think it deserves more of our attention." 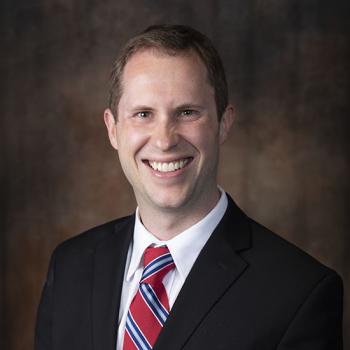 Brawner plans to collaborate with researchers at the University of Alabama at Birmingham to test for certain biomarkers among premature infants before and after they have been treated for NEC, with the hopes of determining how they could be affecting the NEC.

Brawner earned a PhD in Microbiology and Immunology at UAB after receiving his Bachelor of Science in Molecular Biology at Lipscomb in 2012.

The Christian Scholars Foundation (CSF) is a small family foundation formed to encourage and support Christian junior faculty in their efforts to gain recognition and stature in the academy. The Foundation also strives to encourage them in the effort to integrate Christian faith and academic endeavor.

The Emerging Scholars Network (ESN) is a national network within InterVarsity’s Graduate & Faculty Ministries which supports those on the academic pathway as they work out how their academic vocation serves God and others.