Dr. Michael Watson uses physics as a foundation to learn more about how the world works and to witness the marvels of God’s creation

For Dr. Michael Watson, physics isn’t just a passion or profession, but a lens through which he views the world. As a child, Watson describes himself as the curious kid who was always asking, “Why?” Now, as a professor in the Department of Physics in Lipscomb's College of Liberal Arts & Sciences and a seasoned researcher within his field, he uses advanced supercomputers to answer his questions about active galactic nuclei at the center of galaxies.

Watson has spent much of his career studying plasma, a hot ionized gas composed of electrons and ions that separate under intense heat. His current research has led him to consider supermassive black holes and the production of plasma jets from active galactic nuclei. Watson and his colleagues were recently awarded an allocation on the Frontera supercomputer. The proposal entitled, “Computational Study of Astrophysical Plasma” will study how  plasma jets are formed. The group will develop simulations for the microphysics that creates these massive jets from galaxies such as M87. 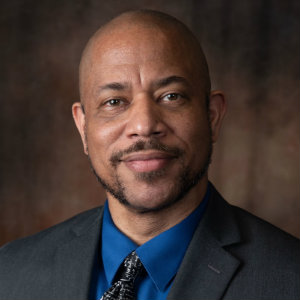 “In the past, all we had were simulations to look at how these jets were being formed. There were a number of different ways to simulate on the computer, the plasma around the black hole and the jet coming out of the black hole. But the thing about science is, it’s great to talk about stuff, but you have to have an experiment. Just recently, we’ve been able to image the edges of black holes and a scientific team can put together data and information about imaging around the black hole. Now, if you do a computer simulation you can add radiation and see if you get the same kind of picture,” said Watson.

To conduct such a study, researchers need access to one of the few supercomputers like the Frontera. This machine is the 8th most powerful supercomputer in the world and was created by the Texas Advanced Computing Center in 2018 thanks to a $60 million design and building grant from the National Science Foundation. Watson and his team received 100,000 node hours on Frontera, 1,000 node hours on the Graphic Processing Unit and 50,000 gigabytes of storage.

Remarkably, to access this powerful system, Watson needs only to log in through his personal computer. The Frontera platform allows him to run advanced simulations saved by terabytes of storage.

Watson said his fascination with physics stemmed from his curiosity as a child. He asked his parents so many “Why?” questions they eventually bought him an Encyclopedia Britannica set to read. Watson loves that physics equations apply to everything from waves on the ocean to blood flow in the body to supermassive black holes. Furthermore, the more he learns about science and reality, the more Watson grows in his faith.

“When I see physics, the way God has laid out the universe is really incredibly beautiful. The Bible tells us that even the rocks praise God, and we think, “Yeah, right.” But if you listen to trees, they have a rhythm to them because of the pressure differentials between the roots and water passages, which are physics equations. The sun also has sound waves in it. The sun is actually singing low frequency sound waves because the plasma is oscillating back and forth. For me, it’s like, “Wow,” because the sun is constantly praising God,” said Watson.

With the patterns of physics connecting one thing to another and displaying the world in a whole new way, Watson has a very humbling profession. Through research such as his study of plasma jets using Frontera, Watson continues to be amazed by the glory of God.

“What physics is really trying to do is understand how God put all of this together on a very fundamental basis. That’s the critical part about it. I got into physics because it answered all my “Why?” questions, but as I got older and more in tune with God, it’s like, "Wow, God is pretty amazing,” said Watson.