Just a few months removed from her graduation in May, Lipscomb alumna Daysha Collins’ new career could start at any moment, she’s just not exactly sure when. But when Disney comes calling, you have to be willing to wait to set sail - literally - on a dream job.

“They could call me today and tell me my flight is booked,” Collins said.

Sometime in September, Collins will join Disney's Wonder cruise as the character headline performer in Tiana’s Place, where she will be making magic through song and dance for her fellow sea voyagers.

“I'm so extremely excited,” Collins said. “It's a dream come true, especially to come out of school with a job and with a job in my field so soon. I feel very lucky.”

The process wasn’t an easy one for Collins, who has been attending many auditions, a lot of which were virtual, even before graduating. After eight callbacks, she finally found the right role. 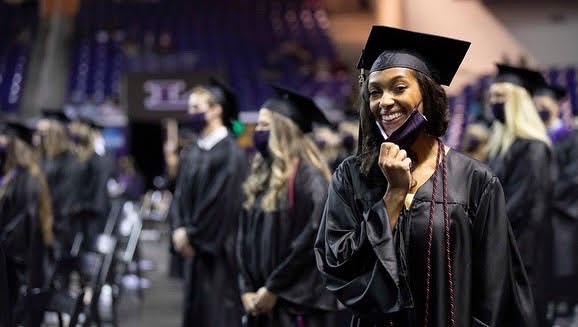 Collins graduated with a BFA from Lipscomb’s musical theatre program, where she learned a variety of skills. She entered college thinking she was “a dancer first” and left knowing she was capable of performing in areas throughout the arts thanks to professors like Dove Award winner Bonnie Keen and Chair of the School of Music Christopher Bailey.

“They encouraged me day in and day out and helped me push to keep going,” Collins said. “So now, I consider myself a little more well-rounded. I did come in as a dancer, but now I am working for Disney as a singer.”

She says the department prepared her for practical situations in the professional world, including making it through the stream of auditions and finding a role that fits.

“What we have going on in the theatre department in general, they have set it up so we know what the professional life is going to be like. And especially with the performances we have going on, it's really structured, so there really isn't too much of a change when we graduate. I know what should be happening because I've been doing this at school.”

Preparing for a role on a Disney cruise is similar to preparing for role in a play or a musical - both are live performances that take place night after night - but there is one key difference. 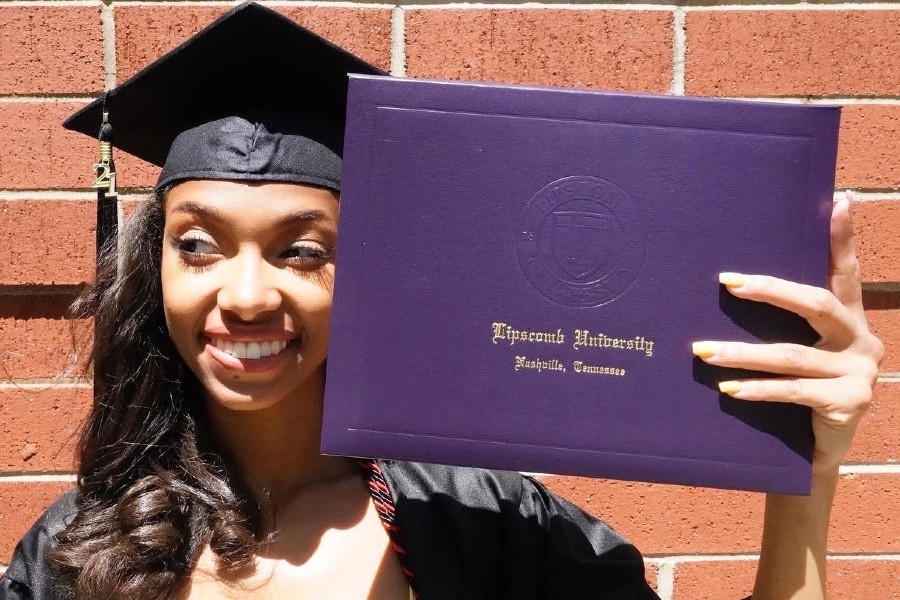 “It's different in the sense of, I'm always creating, because if we were just looking at a play, we'd have a beginning, middle, and end. That’s as much as you see. But with this, I'm going to be engaging with families and kids, so I'm going to need to keep it up. I need to know what the boundaries of my character’s world look like.”

It can become an all-consuming process to stay in character when you’re on a cruise for four months at a time. But Collins says the work is worth it for a role of this caliber.

“I've never worked on a boat before. I'm not going to really get off of the boat. I might be able to get off on an island here and there. Basically, when the guests are on the cruise and on the boat, I'm working and they need entertainment.

“The boat is now my home. So it's not too different from campus, but my campus is just going to be on water now. There’s kind of no days off, but it's really not going to feel like it because I am living in a fairy tale.”