Lipscomb is leading the way in bringing national thought leaders to Nashville to discuss some of today's most important community topics.

With 2020 a mere 21 days old, one only has to turn on the news or scan social media to realize that the society around us is at a unique juncture.

With that in mind, Lipscomb University officials announced today that Pulitzer Prize winning author Jon Meacham and former Tennessee governor Bill Haslam will be the featured guests at IMAGINE 2020 on April 21 for a one-of-a-kind conversation. IMAGINE is designed to engage the Nashville community in conversations of significance by bringing renowned leaders to the city to participate in dialogue about topics of local and national importance. Through IMAGINE 2020 Meacham and Haslam will examine the theme of The Soul of America Today.

“This year’s conversation is based on Jon Meacham’s bestseller The Soul of America. This community and this country are at critical junctures, and in his book Meacham uses a historical perspective that helps audiences understand the present moment in America today,” said John Lowry, senior vice president for advancement. “Innovative leaders today need to have the ability to look at problems differently and develop solutions that others cannot. By engaging in dialogue that examines where we are today as a society, how we got here and where we are heading, we are equipping leaders to make a greater impact not only in their organizations but also in their communities. My hope is that everyone will leave this event inspired with renewed hope, revitalized confidence and energized belief in the enduring principles that move our nation forward.” 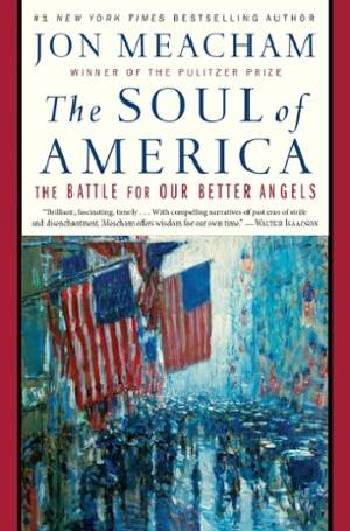 Using cues from the book, Meacham and Haslam will share their insight about the role of values in today’s society throughout the evening.

Meacham, a renowned presidential historian, is a contributing writer to The New York Times Book Review and contributing editor at TIME, and is the author of Destiny and Power: The American Odyssey of George Herbert Walker Bush and American Lion: Andrew Jackson in the White House, for which he won a Pulitzer Prize. His other New York Times bestsellers include Thomas Jefferson: The Art of Power, Franklin and Winston: An Intimate Portrait of an Epic Friendship, exploring the relationship between the two great leaders who piloted the free world to victory in World War II, and American Gospel: God, the Founding Fathers, and the Making of a Nation. In his most recent book, Songs of America, released in 2019, Meacham and country music legend Tim McGraw celebrate American history through the music that helped to shape a nation.

A member of the Council on Foreign Relations and of the Society of American Historians, Meacham is a former executive editor at Random House, he published the letters of Arthur Schlesinger, Jr., and books by, among others, Al Gore, John Danforth, Clara Bingham, Mary Soames, and Charles Peters. After serving as managing editor of Newsweek for eight years, Meacham was the editor of the magazine from 2006 to 2010. He is a former editor of The Washington Monthly and began his career at The Chattanooga Times. 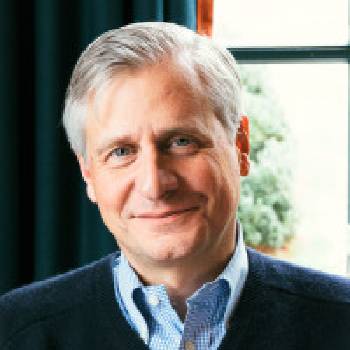 Haslam served as Tennessee’s 49th governor from 2011-2019. Under his leadership, Tennessee was recognized as a national leader in education, economic development, efficient and effective government and fiscal strength. During his tenure, Tennessee students were the fastest improving in the country in academic achievement. High school graduation rates reached an all-time high, and Tennessee became the first state in the nation to offer high school graduates and adults two years of community or technical college free of tuition and mandatory fees. Haslam launched the Drive to 55 initiative to increase the number of Tennesseans with a postsecondary degree or credential to 55 percent by 2025. While in office, more than 400,000 net new private sector jobs were created in Tennessee and Tennessee’s unemployment rate reached the lowest level in state history. Haslam worked with the Tennessee General Assembly in 2017 to pass the largest tax cut in Tennessee history while delivering a safe, reliable and debt-free transportation system. He and his administration cut more than $575 million in recurring spending, shrunk state government by 7 percent, balanced the budget every year, ensured Tennessee has the lowest debt in the country and more than tripled the state’s savings account. 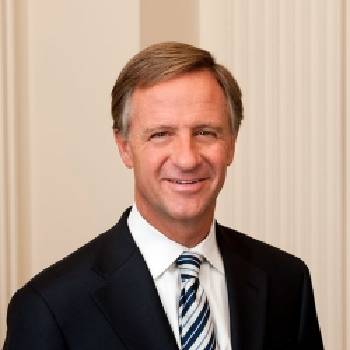 This marks the fifth year for the IMAGINE initiative. In 2016, Lipscomb launched its IMAGINE initiative to convene conversations of significance that bring leaders from around the world to Nashville to engage the community in topics of local and national importance and to share their stories and unique perspectives. President George W. Bush was the featured guest in February 2016 for the inaugural IMAGINE convening. Magic and Cookie Johnson led a discussion of “Nashville” Prosperity for All Corners of the City” in 2017 through which the Lipscomb community examined the ideas of faith, redemption, entrepreneurship and community transformation. In 2018 author and journalist Tom Brokaw examined the power of telling Nashville’s story. Last year, former Aspen Institute CEO, author and journalist Walter Isaacson examined the theme of leadership in innovation.

IMAGINE 2020 is a by-invitation-only event for Lipscomb Associates, donors of $1,000 or more annually. For information about the associates program, visit www.lipscomb.edu/giving/associates or contact Stephanie Carroll at Stephanie.Carroll@lipscomb.edu or 615.966.5130.