When Lucas Landis walks across the stage Saturday to receive his Bachelor of Business Administration degree, it will mark the culmination of a quest that began more than a decade ago in a small farm town in western Michigan with a population of 285.

Landis began his college education at Grand Valley State University in Allendale, Michigan, which has an enrollment of more than 22,000 students, on a track scholarship. An injury ended his athletic career and he was not able to continue as a member of the track team. To earn tuition money to cover the lost athletic scholarship, Landis found himself working a fulltime job, leaving him little time to attend classes and study. He began to fail out of school, so Landis pushed pause on his dream of earning a college degree.

In 2014, Landis joined the U.S. Army. He served in several roles including a special forces assignment and an infantryman. During his service he spent five years at Fort Polk, Louisiana, and he was deployed on a combat tour in Iraq from 2017-2018. 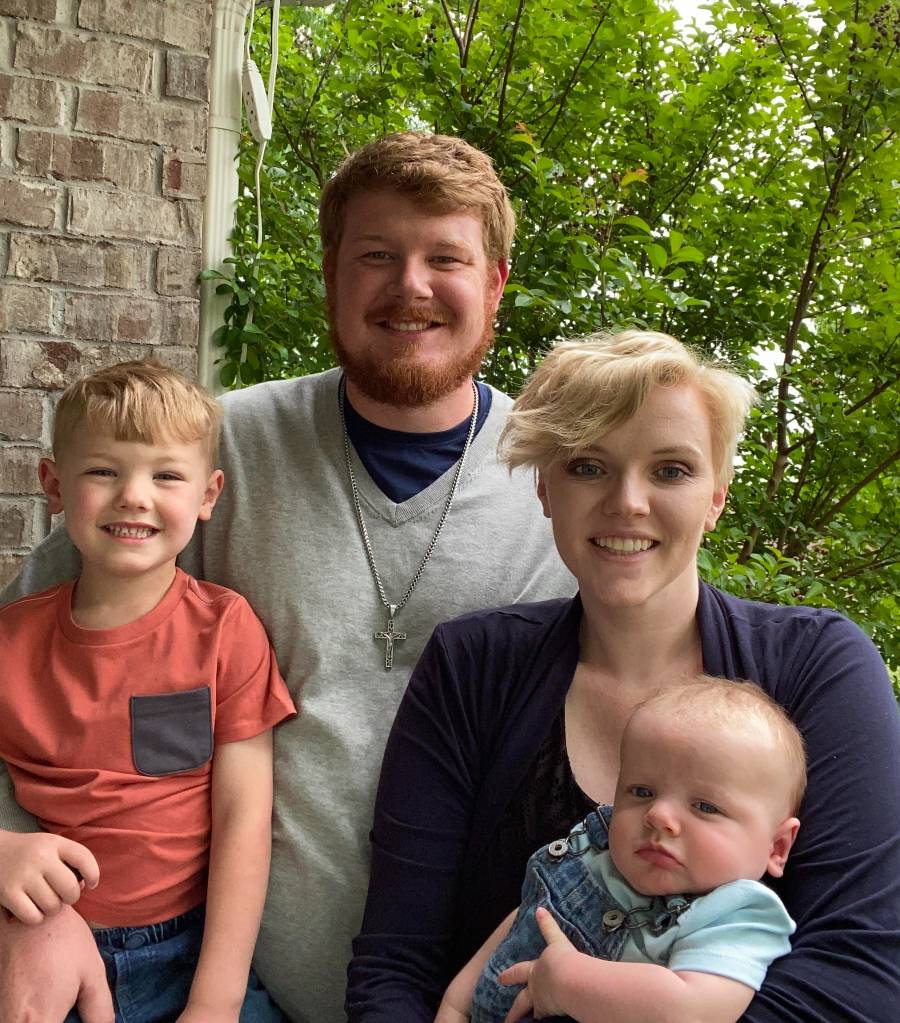 When he transitioned out of the Army at the end of 2019, he credits his wife with encouraging him to continue his pursuit of a college degree.

“My wife was the main influence for me returning to school,” Lucas explains. “I had acquired my CDL A license while transitioning from the Army and planned to get a truck driving job. But my wife encouraged me to try school one more time since I had benefits from the Army with my GI Bill. I was very worried to try given my failure to complete school after high school. But, I tried anyway, and I owe that solely to my wife and her continuous support.”

Landis discovered Lipscomb after his wife received a promotion that brought the Landises and their two sons to Nashville. He looked at several universities in the area but did not find good support for veterans at those institutions. And then he found Lipscomb.

“ I found that Lipscomb had a very good business school and when I met with the Veterans Services office, I felt very comfortable,” he says. “They are great people in that office and made it feel extremely welcoming. I can say I feel like Lipscomb was the best decision I could have made.”

When trying to decide on a major program of study, Landis says he wanted a degree that would give him career flexibility, would be worthwhile and provide job security. He landed on supply chain management.

“Supply chain is the most secure degree you can have when you consider that every product in this world requires a supply chain to get from raw materials to a finished product,” he says. Landis has secured a position with a company as a production planner and in the future he hopes to utilize his education to begin building a real estate portfolio.

As part of his studies in the College of Business, Landis secured an internship with the Music City Grand Prix last summer. In 2021, INDYCAR and the NTT INDYCAR SERIES came to Nashville with the inaugural Music City Grand Prix. For three days in August, the streets of downtown were turned into a temporary street circuit that took racers by Nissan Stadium and over the Korean War Veterans Memorial Bridge into downtown Nashville, the first motorsports course of its kind in the world to cross a major body of water.

Landis says he learned about the inner workings of the corporate office side of an event-based company and was responsible for managing the production yard for the walls of the track and getting the track build coordinated. Once the race started Landis’s job was to assist the workers with their areas and “putting out fires” on the operations side of the race.

“That was a great experience for me since I am a huge motorsports fan,” Landis says.

At Lipscomb, Landis found a community that provided more than just an education.

“It has been amazing. I have really enjoyed the professors here and the experience that Lipscomb provides for us. Being able to build meaningful relationships with professors, Dean (Ray) Eldridge, the business school supporters and alumni has been tremendous in my professional growth. I've had the opportunity to get offers set up through business alumni, to meet people and to have conversations with individuals that are just not accessible without the Lipscomb connections.”

Landis said he has had “so many great experiences with all of my professors” while a student at Lipscomb.

“Every professor I've had the pleasure of learning from has imparted something useful with me, but there are a few that brighten my day to interact with. Andy Borchers is as the top of my list. He has been with me every step from my first semester here as my advisor and someone I interact with regularly because of the supply chain program,” says Landis. “Additionally, Donita Brown really motivated me with her support not only as a student but as a father as well. She really made me and other nontraditional students with families feel seen and understood in an atmosphere where those struggles sometimes aren’t always fully appreciated.”

“Other professors that have had their own impact on me have been Hannah Stolze and Rebecca Burcham for the introduction of the Supply Chain and Transformative Sales program. On a personal level Leanne Smith, Natasha Brown, Lauren Pinkston and Allison Duke have helped me grow as a person and always been extremely welcoming to me,” he continues. “Lastly, from a professional aspect Jacob Arthur has provided me with skills in his data analytics classes that I believe will give me the tools to excel in the professional world. And, there have been so many more.”

Landis is thankful for the lasting impact that Lipscomb and its faculty and staff have had on him.

“Lipscomb University hasn’t just given me a degree, but it has provided a safe place for me to fully transition from the military to civilian life in a healthy way,” shares Landis. “It has provided me with experiences and support that has transformed my life beyond anything a kid from a small farming village of less than 300 people could have ever imagined, and I am truly grateful that I now have the knowledge to provide a path for my boys filled with less struggle than my own.”