One Lipscomb alumna is working to encourage and empower girls to pursue careers in finance through a nationwide organization she founded.

Maura Cunningham (’12) believes math can be used for more than scientific achievements or computing marvels. It can also be used to empower women.

“In the U.S., we start to lose girls in math at age nine” said Cunningham, a former financial professional who now runs a nationwide nonprofit, Rock The Street, Wall Street.

“As they age, girls report significantly lower confidence in math, despite earning equal scores to boys. Eighty percent of teachers self-report that they are not competent teaching financial literacy.

“With girls falling out of math at such an early age and teachers reporting that they are not qualified to teach financial literacy, it's no wonder that two out of three women state they know little to nothing about finance or financial products,” said Cunningham.

That’s where Rock the Street, Wall Street comes in. The academic, year-long, financial literacy program established by Cunningham in 2013 is designed to spark the interest of high school girls in careers of finance.

“Exposing high school girls to the creative and practical sides of math—such as stock market investing—can influence their career choices and empower them to make better decisions about money,” she said.

As a 25-year finance industry veteran, she knows that women often hesitate to pursue careers in traditionally male-dominated occupations because they don’t believe they have the skills or confidence to be successful. 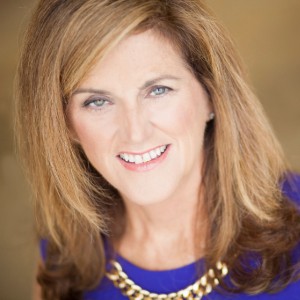 “I was often the only female producer in my office. I looked around me and realized the lack of females in my field was a result of financial topics not being taught in schools along with the absence of female leaders and role models for young women to emulate,” said Cunningham.

The native New Yorker worked in real estate syndication, unit investment trusts and taxable fixed income capital markets as well as built a successful practice advising high net-worth families on wealth management before powering down her trading computer about a decade ago to leave behind the bulls and bears of Wall Street to look for a new challenge in Nashville.

In 2011, Cunningham  enrolled in the inaugural cohort of Lipscomb’s Nelson & Sue Andrews Institute for Civic Leadership, housed in the College of Leadership & Public Service.

A key component of the master’s program in civic leadership is a capstone project. With this assignment, Cunningham saw an opportunity to give life to her idea: an initiative to set more young women on a path to better understand finance and to pursue careers in the financial services industry.

In 2012, with degree in hand, Cunningham began the pilot stage for RTSWS at one local Nashville school.

The program introduces financial concepts such as savings, investments, budgets, stocks, bonds and college and career financial preparedness. All of these topics are taught by female financial professionals who can “walk the talk.” Fast forward to today, and Rock The Street, Wall Street has served over 1,700 high school girls and is now offered in 29 high schools across 16 U.S. cities.

These days Cunningham finds herself invited to White House conferences on STEM education, heading to speaking engagements at NASDAQ and accepting awards from the Women’s Bond Club, a 98-year-old organization in New York City that focuses on advancing women in finance. 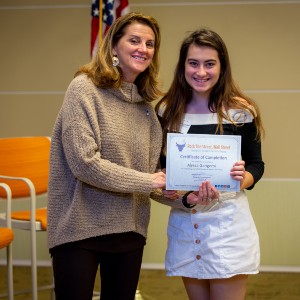 Rock The Street, Wall Street has served over 1,700 high school girls and is now offered in 29 high schools across 16 U.S. cities.

“We hope to break the cycle of multi-generational financial naiveté so that girls have a better chance at improving their lives, their communities and the financial services industry,” said Cunningham.

RTSWS has been featured in financial trade magazines, local TV stations and today, legislators in Washington are taking a closer look at how diversity is addressed by the industry, said Cunningham.

The RTSWS founder, a member of the Andrews Institute for graduate cohort, is a stellar example of the type of leader the institute at Lipscomb is looking to produce, said Linda Peek Schacht, the institute’s founding director and now a member of the RTSWS advisory board.

“We want our students in practical and creative ways to meet the challenge to bring business, government and nonprofit leaders together to find common ground for the common good,” said Schact. “Through Rock the Street, Wall Street, Maura has taken an issue about which she is passionate and has found a way to strengthen the community by empowering young women with financial literacy and a flight path to a career in the financial services sector.”

Learn more about Rock the Street, Wall Street programs and how to get involved.