When most of us head into work, we can look forward to a day using desks, computers and printers, and perhaps a coffee maker. Not so for James Murrell.

That’s because Murrell (’11) is the executive vice president of operations, culture and brand for The Escape Game, one of America’s earliest escape room attractions, that he founded along with two partners in Nashville.

Today a tourist can barely go to any hot locale without seeing some version of an escape room, defined by Wikipedia as “a live‐action, team‐based game where players cooperatively discover clues, solve puzzles and accomplish tasks in one or more rooms in order to progress and accomplish a specific goal in a limited amount of time.”

But back in 2013, escape rooms were still undiscovered by most of the population, located in only a handful of cities in the U.S. That didn’t stop Murrell and his partners, his brother Johnny Murrell and Mark Flint, from creating their own escape room from scratch after Flint was blown away by the interactive experience in London.

Flint visited London with his family and came across an attraction called HintHunt, an early escape room company founded in 2012. Flint’s family enjoyed the experience so much, they went to play the game twice on their trip, and Flint came home with inspiration for a new business. At the time, live-action escape rooms were successful and evolving in pockets around the globe, but they were not widely known in America.

The Murrell brothers and Flint were acquaintances through their church congregation. The three entrepreneurs got together and decided they had cracked the code to a successful new business.

There were plenty of twists and turns on Murrell’s treasure hunt to success.

Murrell links his early entrepreneurial influences to his father, Steve Murrell, a missionary who built a large, successful church—Church of Victory Christian Fellowship—in the Philippines, where Murrell grew up.

“It required a lot of practical and business knowledge,” he said of his father. “He leads a large worldwide movement. I learned all my business skills from watching him—organizational leadership and servant leadership.”

Murrell and his brother, who spent their high school years splitting time between Franklin, Tennessee, and the Philippines, have always been do-it-yourself businessmen. They dabbled in entrepreneurial ventures even as teenagers, such as teaching tennis lessons in the neighborhood. 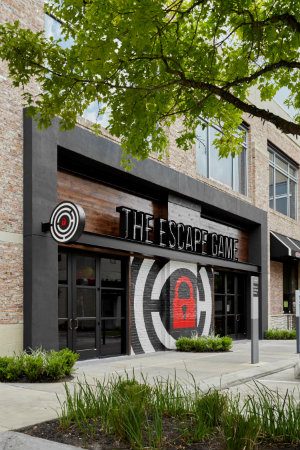 His entrepreneurial spirit grew at Lipscomb, where he and his brother (who attended Belmont University in Nashville) won second place in the Lipscomb’s annual pitch competition with the idea for a dorm food company.

That’s where the brothers learned the day-to-day basics of running a business, Murrell says. ‘It gave us a platform,” he said.

The three founders decided to start in Berry Hill, in Nashville, just a few miles from the Lipscomb campus. Flint and Johnny Murrell developed, tested and re-tested games in a basement. James Murrell focused on guest hospitality, a factor that would become a hallmark of their company.

On opening day, the escape room concept was completely unknown in Music City, Murrell said. The first game at the Berry Hill site was the Nashville game, where participants search for the lost contract to gain their big break from a famous, but retired, record producer, which customers can still enjoy today.

“We had no idea how it would work. The first day no one came,” Murrell said. “But we were obsessed with guest hospitality and that’s a concept not really seen in the entertainment space. We started to get amazing reviews on Trip Advisor.

“At that point, we became the number one thing to do in Nashville. That created so much buzz in the summer of 2014,” he said

The Escape Game was exploding, open 12 hours a day. By 2015, the company began quickly expanding to Orlando, Pigeon Forge, downtown Nashville and Austin. Murrell and his brother would travel to new sites, test out games and recruit new employees. 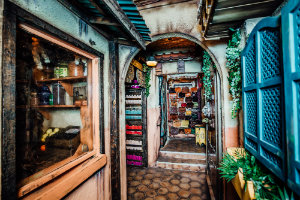 The corporate headquarters is still located in Nashville with a large warehouse to test new game concepts.

Today, the Nashville game is one of the easier challenges at The Escape Game, according to Murrell, where participants can now puzzle through The Heist, Prison Break, Gold Rush, Special Ops, Playground, Mission: Mars, Classified and Ruins, in three Nashville locations.

The corporate headquarters is still located in Nashville, with 100 employees stationed there and a large warehouse to test new game concepts.

And at the same time, the escape room industry has also exploded in America. Many of those who later started escape rooms around the country got their first clues at Nashville’s Escape Game, Murrell said.

“We are trying to be the Disney of escape rooms,” he said, noting that his company was among the early pioneers in developing a truly immersive experience and focusing on customer hospitality.

“Our goal is to guide people to the best game experience for them,” said Murrell noting that Prison Break is the hardest game they offer, followed by Special Ops.

There are other escape room chains with more locations, Murrell admitted, but his company chooses high-profile sites such as the Mall of America and Times Square in order to set itself apart.

All three founders are still running The Escape Game. Today Murrell’s team handles employee training and new store openings, including the look and branding of each location and website marketing and communication.

So Murrell’s job may have become more “regular” now, but “I still get to do a lot of fun stuff,” he said. “Actually my favorite part is the people I work with. I believe in building business, but I love connecting amazing people to amazing opportunity.”

He tells the story of one employee he hired away from a minimum wage job, thus allowing her to work her way up to the general manager of an Escape Game location. “We like to develop people and find talent. We believe in home-growing our leaders,” he said.

Hiring and training new teams in new locations and cutting the ribbon on a new store with them is one of his favorite activities, he said.

"Besides God and family, I think vocation is one of the most important things to people. I want to create a job that gives them purpose and provides for their families, and to create an atmosphere that is healthy for them. To be able to do that for them is how I see my work impacting the kingdom," Murrell told Charisma Leader in 2016.

“I noticed that the higher my position, the more my words can influence people's lives” he continued in Charisma Leader. “I try to speak life into their lives. I try to actually impact them with words of encouragement and try to actually help them have a purposeful vocation that I think is God-ordained in a lot of ways."

In similar spirit, Murrell is a frequent visitor to Lipscomb’s business classrooms, where Joe Ivey, clinical professor in the College of Business, has invited him to reveal to his senior capstone business strategy students the secret key to success.

“Among the business leaders I know, he is one who goes the deepest into knowing his brand, crafting customer experience and providing extreme hospitality,” Ivey said. “I like the students to hear how they continue doing that as they grow their business.

“He is very authentic and very real,” Ivey said. “He is a great example of someone with a passion for people and how that translates into a great workplace and a strong customer experience.”

Now in the crowded escape game market in the U.S., Murrell says the founders’ goal is to make The Escape Game among the top five escape room companies in the U.S.

“We’re all three former college athletes, so we are very competitive,” Murrell said. “So we invest in our people and in our stores. Our mission is to dominate the escape room industry, and we want to do something great! We don’t want to just exist. We definitely want to build a better game."