The Lipscomb community participated in a live, virtual event to ensure the hard work of student artists did not go unrecognized this year

The show must go on, even in a global pandemic. The faculty of the College of Entertainment and the Arts proved their talents and flexibility in hosting the 7th annual Five Minute Film Festival as a live, virtual event. A beloved Lipscomb tradition, the event is a competition open to all University students that encourages creativity and collaboration in the production of short films and screenplays in multiple categories.

“This is a showcase for our entire College of Entertainment and the Arts, with filmmakers collaborating with theatre majors and creating music videos for music performance majors; composition majors scoring films, and graphic design majors creating posters for the individual films in the festival,” said Steve Taylor, Director of School of Theatre and Cinematic Arts. 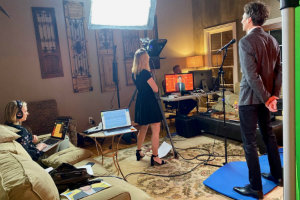 Taylor and his three-person crew broadcast the show live

Throughout the school year, the artists worked on their submissions to prepare for the event. The videos were then posted on a shared Google Drive for the Lipscomb community to view. Students were encouraged to vote for their favorite submission in a variety of categories including Documentary, Music Video, Narrative and, for the first time ever, Animation. The submissions were also judged by 18 film professionals, none of whom Lipscomb professors or staff.

On Friday, April 17, Lipscomb students, faculty, staff and their families tuned in to the live broadcast. Taylor hosted the show from a living room fitted with a green screen and three-person production crew. The show even included a virtual red carpet with pictures of students in front of a special red backdrop. 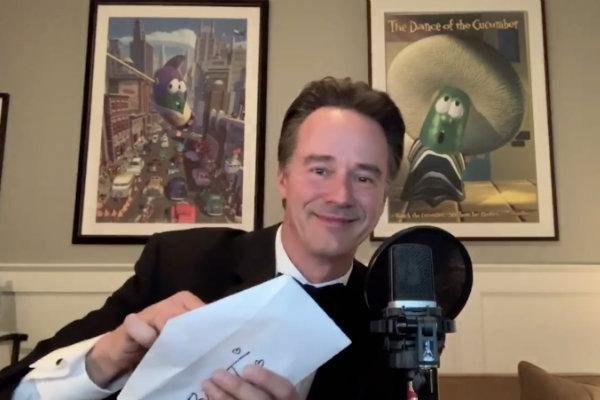 “It turns out that broadcasting a live show during a pandemic is complicated. But despite a few glitches with acceptance speech call-ins via Zoom, it all turned out surprisingly well, and doing it live just made it more exciting to watch,” said Taylor.

The show featured brief clips from the submissions, with a full viewing of the first place video in each category. Using the video-call platform Zoom, CEA faculty called in to announce award nominees and winners, and category winners gave acceptance speeches. The Grand Prize for Best Narrative Live Action Short was presented by Lipscomb University President L. Randolph Lowry. Taylor took advantage of any technological gaps in the program by holding contests and prize giveaways.

Not only did animation make its debut in the Festival this year, but the category had two grand prize winners -- Best Animated Short and Best Live Action Short. Both of which will be screened in October at the Nashville Film Festival -- one of only 27 Oscar qualifying film festivals in the country. 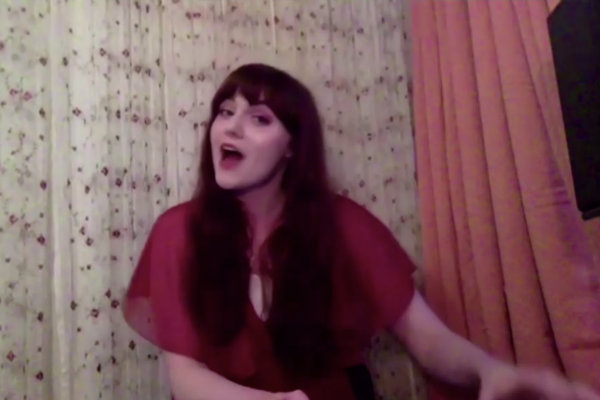 The event included live performances as well. Theatre students acted out excerpts from the submissions they starred in, and student recording artists Ele Ivory and Riley Buck performed original songs from their homes. Both artists have new EPs that can be found on music streaming platforms.

While the show was different this year, the hard work and talent of the student artists were featured in an unconventional way that brought the community together. 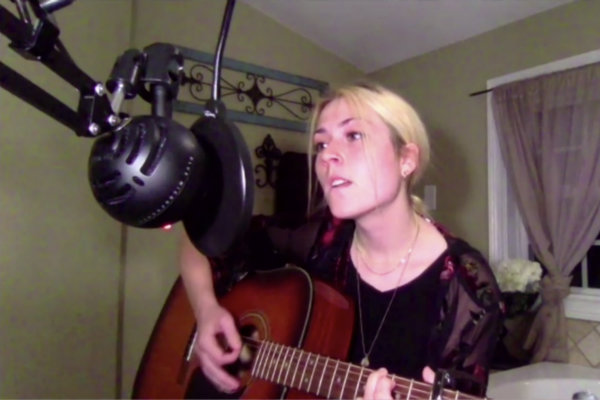 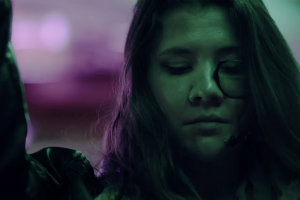 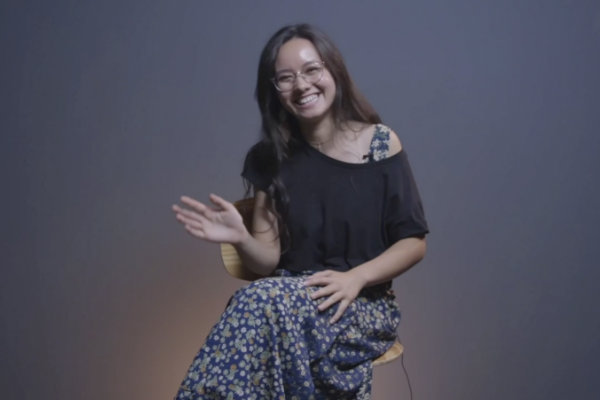