Students are our why

When Lipscomb College of Education leaders established a Doctorate of Education to be focused on learning organizations and strategic change eleven years ago, little did they know that “change” would come to define the education world in 2020 throughout and after a pandemic.

Graduates of the program—especially those who have risen to the highest office in local school governance—say the strategic change focus of the program has been among the most useful skills carried away from their doctoral studies at Lipscomb.

Since the historic year of 2020, at least four Lipscomb Ed.D. alumni have moved into the top spots in their respective school districts: Montgomery and Rutherford counties and the city of Tullahoma in Tennessee, and Osceola County in Arkansas.

On March 31, 2020, when Dr. Catherine Stephens (’12) came to Tullahoma to sign her contract to become superintendent, she couldn’t even sit side-by-side in the same room with the school board chair to go over the paperwork. In the commemorative photograph, the two leaders sat six feet apart.

Thus began her first post as a school superintendent. Having been selected in the same month that Covid-19 took over in the U.S., Stephens, then associate director of schools for teaching and learning in the Franklin (Tennessee) Special School District, had to immediately help her current schools transition to all-remote learning while also preparing to carry the schools in Tullahoma through a pandemic that looked like it might never end.

“It was so odd to end one role and start another in the midst of this,” said Stephens. “We weren’t even sure on a worldwide scale what was happening yet.”

Stephens wanted to meet with every school board member, central office team member and school leader to hear their hopes and dreams for the district, but she had to do it one-on-one due to Covid restrictions, so it took a month to achieve that goal. Those she asked for advice said to “get all your stakeholders together,” but that couldn’t be done in large groups, so she spent a great deal of time on the phone, sent out emails and videos, and posted on social media to communicate effectively.

“That was an unbelievable experience—trying to build trust with people when you can’t have them all in the same room at the same time,” said Stephens. “My leadership style is one of relationships and service, but when you can’t bring people together—it was hard. I was stretched in what I thought I could be. It required innovative thinking about how to gather and build a team.”

Holding the 2020-2021 school year partially virtual and partially in-person “was like building the plane while flying it,” said Stephens. “There was not a position that was not stressed – teachers, bus drivers, custodians, nutritionists, everyone!”

All four new directors of schools said the lessons they learned in strategic planning and managing change to achieve positive outcomes have served them well in their careers, and especially in the past few years.

Dr. Toriano Green (’14) took on his duties as the new superintendent of the Osceola School District in July 2021, but he had worked as assistant superintendent in the small school district near his hometown since July 2018.

Using the SWOT approach (analysis of strengths, weaknesses, opportunities and threats) he learned through Lipscomb’s program, Green recognized that in post-pandemic education, Osceola County’s digital platforms needed to allow students to access everything they needed on just one password. He revamped the district’s digital platforms and put emphasis on making sure teachers had the professional development training they needed to maximize the technology for students.

Dr. James Sullivan (’14), was appointed director of schools for Rutherford County, one of the fastest-growing districts in Tennessee, on July 1. He served as assistant superintendent of curriculum and instruction during the worst of the pandemic. Now as director of schools, he manages the district's 6,000 employees serving over 50,000 students at 50 schools.

By October, he had already used some of his strategic planning training at the district’s school board retreat that year, he said.

His former professor (now Lipscomb President Candice McQueen) “talked a lot about our circle of concern and the influences that take control and draw energy and focus away from what really makes an impact,” he said. Covid brought a lot of negative noise, he said, and he sees his job as re-centering everyone on the No. 1 priority: students.

Dr. Jean Luna-Vedder (’17) was also selected as a director of schools this past July, for Clarksville Montgomery County School System, the seventh largest school system in the state with 39,000 students and 5,400 employees.

The most important piece of her doctoral training, she said, was learning about collaboration. Unlike most Ed.D. programs, Lipscomb’s program groups students together to work on a client-based dissertation research project. That collaborative model prepares students to engage in high performance teams, which mirrors how educational leaders actually operate in real educational environments and while conducting research, said Dr. Trace Hebert, the founding director of Lipscomb’s Ed.D. program.

Luna-Vedder worked at both the district and state level after earning her Ed.D. That focus on collaboration “forced me to build upon the strength of others and to analyze my own strengths and weaknesses. It allowed me to think more about different personality types and how we all bring different perspectives.”

She’s bringing that insight to Montgomery County schools post-pandemic where it will help her break down silos in the system, strive to make sure everyone is seen and heard and to appreciate the value of surrounding herself with leaders who balance her own strengths, she said.

Coming off of two years of isolation to varying degrees, all four alumni put a special emphasis on getting to know the people of their schools face-to-face.

Luna-Vedder held a Back-to-School Road Show this past fall where she visited every high school campus for a pep rally attended by the high schoolers and students from each of the feeder schools to lay out the vision for the 2022-2023 school year. She made a point of attending every community event she could, networking with anyone and everyone who would be important to decision-making in the county.

“Our theme throughout this year is: We are better together. If there are issues, then bring them to our attention and let’s work together to solve them, instead of being negative. If we work on this collectively, we can solve shortcomings as a community,” she said.

Green started his role in Arkansas vowing to be hands-on, to spend at least 60% of every day in the classrooms of the district and riding all 10 bus routes to get the student and driver experience firsthand. He continues to do meet-and-greet sessions and moonlights as a Little League coach to be involved with parents and the community.

Such in-person activity means he has to work some late nights, but it is crucial to have on-the-ground knowledge to make good decisions and it builds the trust of his teachers, he said.

Sullivan also personally visited all 50 of his schools, striving to combat burnout by delivering the message that “you have permission to be a person, before you are a teacher,” he said. “If you aren’t well, then you can’t be a good teacher.”

In her efforts to build relationships with students, Stephens set up high school and middle school student advisory committees, established a gallery for student art to be displayed and sends birthday cards designed by students each year to her employees.

“It is important for us at the district office to remember why we are here,” she said. “Students are our why.” 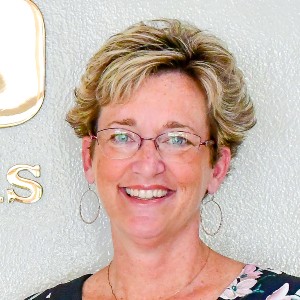 Stephens, whose first name is pronounced Ka-treen, was born in Sweden and spoke four languages by the time her family moved back to the United States.

Virginia Beach was her first teaching post, and in her first year of teaching, Stephens’ principal recognized her leadership potential. “You are brand new to this school and the teachers on your team are already leaning on you,” he told her. He ignited a spark of interest in leadership with that feedback.

After earning her master’s at Sam Houston State University, she became a principal in Murfreesboro and she had the opportunity to open a new school: Scales Elementary. She moved from a principal position to an associate director position for Franklin Special School District in Tennessee while finishing her doctorate, and she has walked out the best practices she learned at Lipscomb over the past 10 years, she said

Stephens also taught as a Lipscomb University adjunct for a time, and her daughter, Kelsea Woolfolk (’20), graduated from the Lipscomb College of Pharmacy. 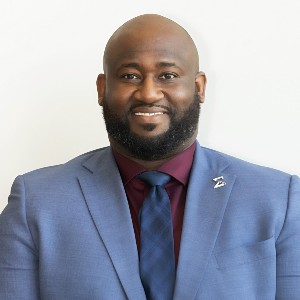 Green, a West Memphis native came to Nashville for college at Tennessee State University and became a longtime teacher, coach and assistant principal in Metro Nashville Public Schools. “When it comes to leadership, someone believed in me more than I believed in myself,” he said of an administrator who made him a dean in his second year in education.

Earning his doctorate helped him climb the ladder to assistant principal in Nashville’s Whites Creek High school with 1,400 students. But when Osceola County, Arkansas, called, the siren song of returning to his home state drew him back. He served as an assistant superintendent for an entire county with 1,100 students from 2018 to 2021. Now as superintendent he works 45 minutes from where he grew up. 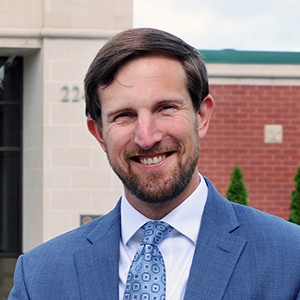 On July 1, Sullivan was appointed director of schools for Rutherford County, one of the fastest-growing districts in Tennessee and the one where he was educated while growing up.

While studying for his doctorate, he served as the principal of Harris Middle School in Bedford County, and was able to immediately use what he was learning  as he led the school from the brink of takeover status by the state and boosted it to a Level 5 status, the highest rank available in the state, an experience he views as his own personal mission field. Sullivan has also served as an adjunct professor at Lipscomb.

While very busy serving in these leadership roles and balancing pandemic life, Sullivan’s young son, Declan, was diagnosed with leukemia. While Declan went through extensive procedures, Sullivan continued to maintain his commitment to all of the students he was serving in the district while also supporting his son by, among other things, shaving his head in support of Declan during his chemotherapy  treatments. 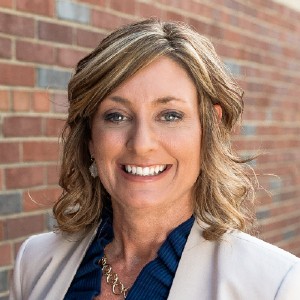 Like many members of the Clarksville community, Luna-Vedder came to Clarksville in 2007 via the military, as a spouse. She had been teaching in Iowa, Washington and North Carolina since 1997. Three years after relocating to Montgomery County, she became an assistant principal and then a principal.

Through this journey, she began to see the greater impact on what happens in the classroom that a district level education official can have through policies and influences. She began relishing the opportunity to address issues in education on a district or statewide level.

She first worked as director of high schools for Clarksville Montgomery County, then moved to the Tennessee Department of Education as chief of programs, but she knew she would likely work again at the district level for the school system where all four of her children graduated.

“I remained deeply invested in this community and the education and what was going on in the school system,” she said.