Alumnus Drew McDonald is at the helm of his own restaurant in Knoxville, Tennessee, that is considered one of the earliest purveyors of locally based cuisine in the city.

Drew McDonald (’05) says that Dr. Jon Lowrance, professor of biology, pulling him aside and giving him the hard truth about his biology grades was the best thing that ever happened to him.

An entirely new major, culinary training in New Zealand and East Tennessee, and three kids later, and McDonald is at the helm of his own restaurant in Knoxville, Tennessee, that is considered one of the earliest purveyors of locally based cuisine in the city.

He has cooked in the James Beard House in New York City and has been featured in Garden & Gun, a lifestyle magazine focused on the South.

McDonald has not followed the path when he expected, when he stepped on campus to begin his college career. McDonald, whose father William B. McDonald was a Lipscomb Board of Trustees member during his college days, intended to go into pre-med and return home to Centerville, Tennessee, to be a doctor.

But, “after much debate and struggling with grades and recognizing the fact the I would rather be out doing something with my hands than reading books,” McDonald abandoned that plan and began looking for a new major. 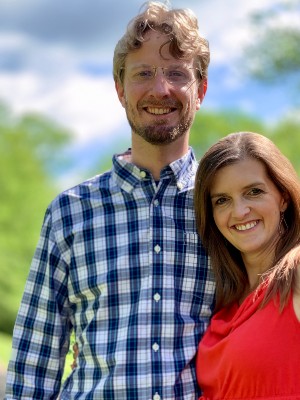 Drew McDonald and his wife Bonni, who also studied at Lipscomb for a time.

A summer job at the Park Café in Nashville’s Silvan Park and a chance meeting with Autumn Marshall, now chair of the Department of Nutrition and Exercise Science, put him on a path for a degree in food systems management, which saved his GPA and led to a lifelong career in the culinary world.

Throughout his career, he has worked at the Great Smoky Mountains posh resort Blackberry Farm; at the Huka Lodge, a luxury resort in Taupo New Zealand; the Hermitage Hotel in Nashville; and nine years ago he opened The Plaid Apron in Knoxville, a market he saw as ripe for a new restaurant offering his kind of food—“familiar foods presented and combined with different cultures.”

Before all that, however, he went on a Lipscomb-sponsored mission trip to New Zealand, which not only sparked his fire for cooking, but also introduced him to his future wife, Bonni Standefer, a University of Tennessee, Knoxville, student who joined her Lipscomb-student sister on the trip. The couple have carried a shared love for New Zealand throughout their marriage and careers and have returned to the nation several times. 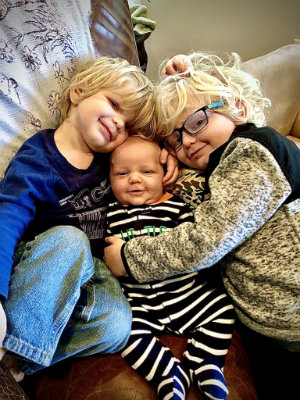 After graduating from Lipscomb, McDonald earned his associates of  culinary arts degree from Sullivan University in Louisville, Kentucky and his first career experiences helped shape what would later become the menu at The Plaid Apron. At Blackberry Farm a mountain resort, located in Walland, Tennessee, all the food is fresh and made in-house, sourced from the farm itself, McDonald said. And in New Zealand, another highland area, he saw firsthand how a nation that relies largely on its own resources does haute cuisine.

“At any point in its geography, (every location in New Zealand) you are only three hours from the coast, so seafood is always fresh,” said McDonald. “There is hardly any imported produce. If this country can be organic for the most part and deliver high-end produce to large store owners, then why can’t we do it on a small—or even a larger-scale—back home.”

McDonald harkened back to those experiences and his boyhood experience in Centerville, where he grew up eating largely canned fresh vegetables from his grandparents, to establish The Plaid Apron, which serves brunch in the Sequoia Hills neighborhood of Knoxville. His first step in establishing the restaurant was to make relationships with the farmers selling at the Laurel Church of Christ farmer’s market near his location.

Today, all the restaurant’s dishes are made from ingredients grown by farmers located within 30 miles, he said. McDonald sets a lighter, more healthy tone with his food. He doesn’t have a deep fryer in his kitchen at all, he says.

Sticking to locally-based ingredients is not easy, McDonald said. “If our farmers are having a bad year, we have to figure out how to use what they have available in a way that is appealing to our customers. We can’t hesitate. We have to use our expertise,” he said.

And thanks to his foundational Lipscomb nutrition degree, McDonald said he can have authoritative conversations with his customers about their food allergies, such as the effects on the body of eating gluten-free bread (made with rice or potato flour) versus sourdough bread for a customer choosing the gluten-free diet.

At the time The Plaid Apron was established, the “farm-to-table” concept (a term that McDonald hates) was being talked about, but it wasn’t a fad yet, he said. “In nine years, Knoxville has come a very long way,” McDonald said of the city’s locally based food scene. “I think we started a restaurant that was not available to the city at the time and gave encouragement to a lot of people in the area to start similar restaurants.”

The restaurant business turned out to not only be McDonald’s career, but perhaps also his calling, as he relishes training his staff to move on to better careers in the culinary industry. Some of his staff have gone on to cook in James Beard Award-winning restaurants, he says.

“We think about getting out of this business sometimes,” he says of he and his wife, who boards and trains horses for competition. “But then we have moments where we challenge people and they step up, so we feel like God gave us this (restaurant) to do good. We have created this to help people better their lives and offer a better restaurant life style.

“If you don’t leave here better than you came, then I haven’t done my job. I always have higher expectations for you then you have for yourself.”