Profits donated to the Fanning-McInteer Fund, providing scholarships for youth who have lost at least one parent.

Jane Gillen Garrett (’78) knows better than most what God’s provision looks like.

Born in 1955 to an alcoholic and disinterested father, Garrett’s mother tragically died when she was only 6 years old. Although she had to navigate her childhood and youth virtually on her own, looking back Garrett can see the lifelines that God provided in her life.

With no money to pay utilities, Garrett advertised for renters, and the Lord sent her Lipscomb graduates Don (’66) and Anne Freeman (’69). This young couple prepared the soil of Jane’s fifteen-year-old heart for the Word of God she would later learn from her next lifeline. 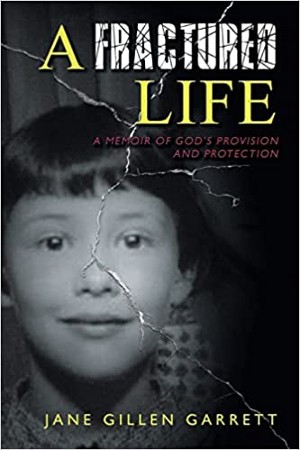 “My next tenants were Christians too, and he was studying to be a gospel preacher,” said Garrett, who today lives in Franklin, Tennessee, and attends Brentwood Hills Church of Christ. “David Meyers had a burning desire to share the Word with me. I was baptized into Christ near the end of my junior year in high school.”

“It is the story of God’s protection and provision,” said Garrett. “Looking back, I see that God put many people in my path to nurture me and bring me to Christ.”

Now Garrett has put her life’s story into a memoir called A Fractured Life. The book not only describes her childhood and adolescence, but also her years attending Lipscomb, where she benefitted from a Charlotte Fanning Foundation Scholarship, now the Fanning-McInteer Scholarship Fund at Lipscomb.

Profits from Garrett’s memoir will be donated to the Fanning-McInteer Fund, a scholarship still awarded today to Lipscomb students who have lost at least one parent. The fund remains true to the spirit of Charlotte Fanning (the namesake of Fanning Hall), who established a school that later became a foundation to provide “aid to worthy young orphaned women.”

It was Anne Freeman who introduced her to the idea of attending then-David Lipscomb College.

“I didn’t know college cost money or that Christian colleges existed,” Garrett said of herself as a high school senior. Freeman suggested a visit to her alma mater. Garrett decided Lipscomb was the place for her, and she applied to Lipscomb without considering the cost of private university tuition.

I learned what a Christian home is supposed to look like. Since I had not been raised in the Church, I had so much to learn from Bible classes. Everything was fresh and new. — Jane Gillen Garrett

During her freshman and sophomore years, 1973-1975, Garrett paid for Lipscomb through grants and scholarships. At the end of her sophomore year, however, the government discontinued those grants. She told her then-chemistry professor Dr. Paul Langford that she wouldn’t be back to Lipscomb the next year. Langford told her, “Not so quick.” Within a couple of days, Langford had arranged to have her tuition paid through the Fanning Fund.

“Since I had been raised virtually without parents, supervision or rules, I matured at Lipscomb,” said Garrett. “I learned from other young women in the dorm who exemplified the Proverbs 31 woman. Sitting in Mack Wayne Craig’s [(’44), Lipscomb academic dean and later vice president] class, Marriage and the Christian Home, I learned what a Christian home is supposed to look like. Since I had not been raised in the Church, I had so much to learn from Bible classes. Everything was fresh and new.”

Garrett majored in medical technology and earned a Master of Business Administration from Murray State University. She married Chuck Garrett from Paducah and enjoyed a career in health care marketing and management. Their son, Trevor Garrett (’10), is both a graduate and former employee of Lipscomb.

Today she is accepting speaking invitations about her book and life story. She hopes the sales from her book will allow other orphans to find hope and healing in a Christian university.

Garrett’s book A Fractured Life is published by Christian Faith Publishing and is available through Amazon and Barnes and Noble.