When KC Holiday received his Bachelor of Science degree in business leadership during December 2020 commencement, it was the culmination of an educational journey that spanned 14 years, thousands of miles and the co-founding of Qalo, the first company to manufacture silicone rings.

As a husband and father with a busy professional life, Holiday found Lipscomb Online to help him achieve his goal of finishing his undergraduate degree.

“I am just really proud of myself for doing it,” reflects Holiday. “At age 33, with two young kids, taking on school is definitely not something I needed to do, but it meant something to me. It is a milestone. I started a business when I was 24 and I always felt that I was climbing a higher hill than others because I didn’t have a college degree. Whether that was true or not, it was how I felt, so this is just a really cool moment in my life.”

Holiday enrolled at Lipscomb in January 2020 while living in Franklin, Tennessee, where he had just moved from Southern California. But he completed the final requirements for his degree in Perth, Australia, where he, his wife and their two children moved in November to be near his wife’s family. He celebrated his graduation down under while watching virtual commencement in his new hometown. 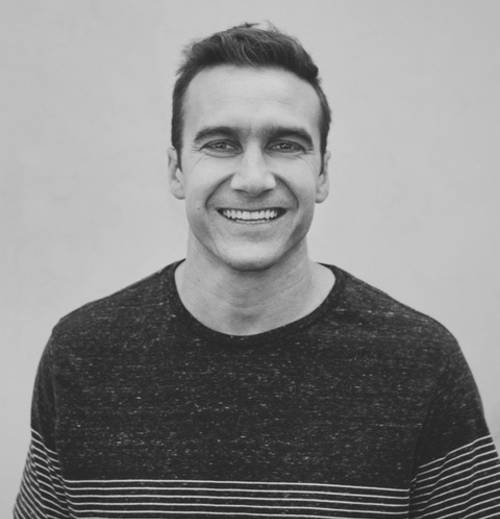 In 2006, Holiday began his quest for a college degree as a freshman at Texas Christian University, where he took classes until 2008 when he dropped out due to a lack of funds.

“I wasn’t sure what I wanted to do with my life so I decided to drop out and explore some other options for my life,” he explains. “I went to firefighting school and moved to LA to work in film and television. I always wanted to finish, but wasn’t sure I was ever going to have the chance.”

While looking for work in film and television, Holiday’s days were filled with going to auditions and working in restaurants to pay the bills. He met his wife, Bryony, in a movie he wrote and they married less than a year later. This major life event sparked his entrepreneurial spirit.

“After getting married I realized it was really annoying wearing a metal wedding ring all the time because I found myself taking it on and off and misplacing it constantly while working or during auditions. A buddy of mine who managed the restaurant I worked at had the same frustration and so we decided to create a solution for ourselves,” says Holiday.

The solution? A silicone wedding band. Soon thereafter Holiday and his co-founder Ted Baker founded QALO, Inc. in 2012. QALO stands for Quality, Athletics, Love, and Outdoors and its purpose was to produce a ring that was built for an active lifestyle.

The company started - literally - at Baker’s kitchen table. They initially invested $22,000 in the production process - their entire combined savings. Holiday and Baker spent the first six months after incorporation gauging consumer interest and figuring out if similar products already existed. 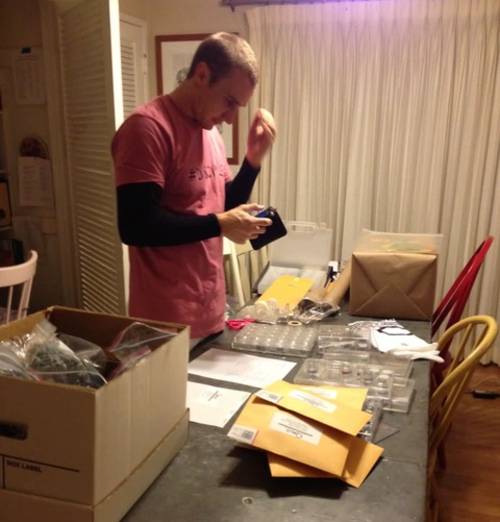 In the early days of Qalo, Holiday packaged rings for shipment at his mother's kitchen table.

An appearance on HBO’s Hard Knocks gave the duo their first product-affirming boost. NFL player Andy Dalton wore a ring on the show and spoke about how meaningful it was to be able to finally wear a wedding ring on the playing field.

“We had no clue if anyone would ever buy one. We had no clue what we were doing. I knew nothing about business, but I wanted to build something and I was willing to learn,” recalls Holiday. “I didn’t mind restaurant work, but it didn’t feel like I was developing as a person or creating momentum for my life and I was dying to have a project I could pour a ton of effort into. QALO became that project. We spent the first year trying to see if anyone would stop laughing at us about creating a silicone wedding ring and they eventually did stop. It grew like crazy after our first year.”

Since then, QALO developed a robust online e-commerce channel paired with extensive retail networks including REI, Target, and Dick’s Sporting Goods. Celebrities such as Lebron James, Steph Curry, surfer Shane Dorian, Dale Earnhardt Jr., Bryce Harper, Carli Lloyd and Jason Aldean wear QALO rings. Since its founding QALO has expanded its products to include identification bracelets, teething necklaces for toddlers, a pet line and more. Qalo went from a revenue of $40,000 in 2013 to a combined five-year revenue of more than $75 million as it provided those who work with their hands for a living or have an active lifestyle a “safe option to show your commitment,” Holiday explains.

I said ‘No’ to opportunities because I was waiting on the reveal of the grand plan for my life. It never came. I learned quickly I’m not in control, no matter how hard I try. God doesn’t care about what this world calls success, there is always more work He has for me to do. — KC Holiday, December 2020 Lipscomb graduate and Qalo co-founder

Near the end of 2019, Qalo was acquired by Win Brands Group. “I was fortunate enough to make enough mistakes to learn but not enough to ruin it,” Holiday says of his experience building QALO into a successful venture. The sale of the company left Holiday trying to find a new focus.

“To be fully transparent, after selling I was a bit lost. I had poured so much into the business that no longer having that daily vocation was very challenging. I was forced to spend quite a bit of time in reflection and prayer asking God to help me understand what was next for me,” admits Holiday.

“I said ‘No’ to opportunities because I was waiting on the reveal of the grand plan for my life. It never came. I learned quickly I’m not in control, no matter how hard I try. God doesn’t care about what this world calls success, there is always more work He has for me to do.”

After selling QALO, Holiday moved his family from Southern California to Franklin, Tennessee, and he decided to return to his pursuit of earning a college degree. 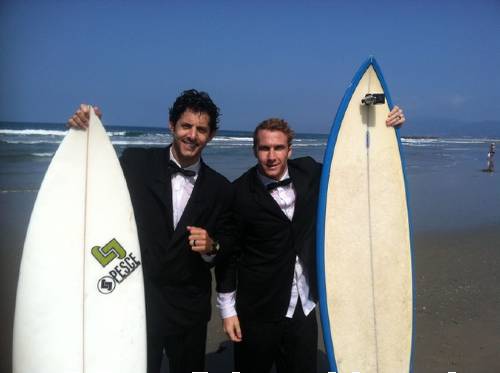 “I have found comfort in learning when I don’t know what the future holds, and so in that time it seemed perfect to return to school. I was looking to enroll at a local university that also had a really strong online program to help me balance work, being a husband and being a dad,” he says. And he discovered Lipscomb Online.

“I have been so impressed at how well the university manages the balance of in-person and online education. Everyone I have spoken to has been so wonderful and helpful,” Holiday says. “When you’re entering into an unknown or potentially overwhelming situation like going to school, no matter how old you are, it is helpful to have people that feel like they are working for you not against you. The teachers were available and helpful but allow you the ability to manage your own time and schedule. That was incredibly valuable for me. A big thanks to Lipscomb University for making my college degree a reality! What a ride!”

Now that Holiday has completed his bachelor’s degree, he is preparing to pay it forward through a new online course he has developed and one-on-one coaching through his latest venture, Solving Hollow. Through that he will share his professional expertise, approach to business, leadership philosophy, mantras (such as "Make Them Wonder," Be weird. Be yourself and make people wonder how you do it. And, "Think Big Act Small," Big things are done by a lot of little small repeated action and choices.), outlook on life and more.

The idea for developing these resources came after a number of entrepreneurs began reaching out to Holiday with a common question — “I have an idea. I have a product. But how do I grow a business?”

“The missing piece in business is often a clear strategic purpose. Without a purpose it is easy for founders to become overwhelmed, employees to become unmotivated and customers to become confused, resulting in a hollow feeling that has leaders getting burnt out chasing profits over purpose,” says Holiday. “I started helping to guide business leaders on creating structure to grow their businesses and it led to me developing a full workbook and course for entrepreneurs.”

It is just another way Holiday keeps his focus on others.

Learn more about how Lipscomb Online can help you meet your educational goals.