On Oct. 17, Lipscomb University’s Title IX office and Lipscomb Athletics are partnering with Fear 2 Freedom to host an event to both educate the community about the issue of sexual assault and give them an opportunity to serve those affected by it.

Kathy Hargis, associate vice president of risk management and compliance, said she is excited to open up the conversation on the issue and provide a hands-on experience to give back to the community.

Fear 2 Freedom is a national nonprofit dedicated to the redemption and healing of sexual assault victims through support and awareness. One way the organization does this is in its creation of F2F Aftercare Kits, bags containing unisex clothing, toiletries and other resources. These are distributed to victims of dating, domestic or sexual violence who are required to leave their clothing with the examiner after undergoing a P.E.R.K exam, or physical evidence recovery kit. The Aftercare Kits provide encouragement and allow patients to leave exams with hope and dignity.

The event will begin at 7:30 pm in Shamblin Theater with an introduction to the national issue of sexual assault and how university students are influenced by it. Volunteers will then be led to Bison Square to put together F2F Aftercare Kits for both children and adults. Representatives from various community groups including the Metro Nashville Police Department, will be on-hand as well as an ambulance where the kits will be loaded and taken to Nashville Sexual Assault Center and Vanderbilt University Medical Center. 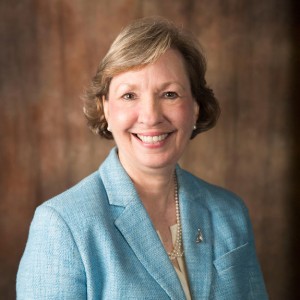 “If you look at the national statistics that have been the same for the last five years, one-in-five college-aged females will have some type of sexual harassment or sexual assault during that time period,” said Hargis. “And it’s not just a female issue … one-in-16 males in the same demographic will be a victim along the same lines. That’s a pretty alarming number.”

Hargis believes training and information is crucial to prepare students to identify potentially dangerous situations. Knowing what to do as a victim or a bystander creates a safer environment.

“I feel strongly that it should be part of the overall educational experience,” said Hargis. “If you look at the numbers across the country, the most vulnerable time period of your life is during those college years.”

The goal of Fear 2 Freedom is to empower students around the country to change the culture of sexual assault and restore the joy of victims. Young adults who openly say “this is wrong” can be leaders on college campuses and after graduation.

“Here at Lipscomb we have a very safe campus, a very caring and protective community, but we’re not always going to be here,” said Hargis. “We’re preparing our students to go out into the world and handle issues not only in their respective work environment but in society overall.”