Tim Schorkopf worked in the ER in Cookeville after a tornado killed 19 and wounded hundreds.

Tim Schorkopf expected the morning of March 3 to be like any other day in the ER during his clinical placement at Cookeville Regional Medical Center through Lipscomb’s School of Physician Assistant Studies.

Instead, when he arrived at 7 a.m., the emergency room was full of patients standing or sitting almost shoulder-to-shoulder. Dust, insulation and wood chips were caught in their hair. All the rooms were filled and patients with wounds stood in the hallway.

“The people who work there every day said they had never seen anything like it,” said Schorkopf, who just happened to be scheduled to work the morning after an EF-4 tornado hit Putnam County, Tennessee, that night, killing 19 people and displacing 300 families from their damaged homes.

Schorkopf, from Franklin, Tennessee, was on his second rotation as a PA student this past March. Given the distance of Cookeville from his home, he was staying in a hotel during the month-long placement. But the morning of March 3, he was not near the storm and did not listen to the media on his way to work, so he walked into the ER for his shift unaware of the disaster that had struck nearby. 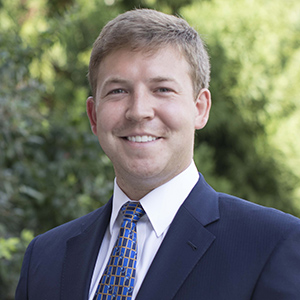 Because March 3 was his birthday, he thought the many text messages he had on his phone were birthday greetings and put off reading them until after his shift.

“I walked into the ER room, and it was just covered up,” he said. “There were a lot of people who were in worse shape than usual. So someone with a serious gash would be first priority on most days, but on this day it was low-priority. I stapled and sutured a lot of patients to allow doctors to treat more serious patients.”

Cookeville Regional is not a level 1 trauma center, so the hospital was dealing with a level of trauma not normally treated there. Critical trauma patients had to be sent to Nashville or Chattanooga by helicopter one at a time due to road closures, Schorkopf said.

For the first few hours of his shift, Schorkopf primarily observed, in order to not hinder the treatment of patients in life-threatening situations. By mid-morning he began helping out by treating the many patients with lacerations, he said. Care for the tornado victims continued long after Schorkopf’s shift ended at 5 p.m., he said.

Health care providers at Cookeville Regional reached out to the PA school’s Director of Clinical Education Jenny Robinson to express how grateful they were to have Schorkopf’s help that morning with hundreds of patients to treat.

“What Tim experienced was truly unfathomable and probably a once in a lifetime opportunity. Tim didn’t only see, but functioned calmly and efficiently within what his preceptor described as a ‘war zone,’” said Robinson. “This experience has equipped him well to be able to adapt within situations in order to provide the best care for his patients.” 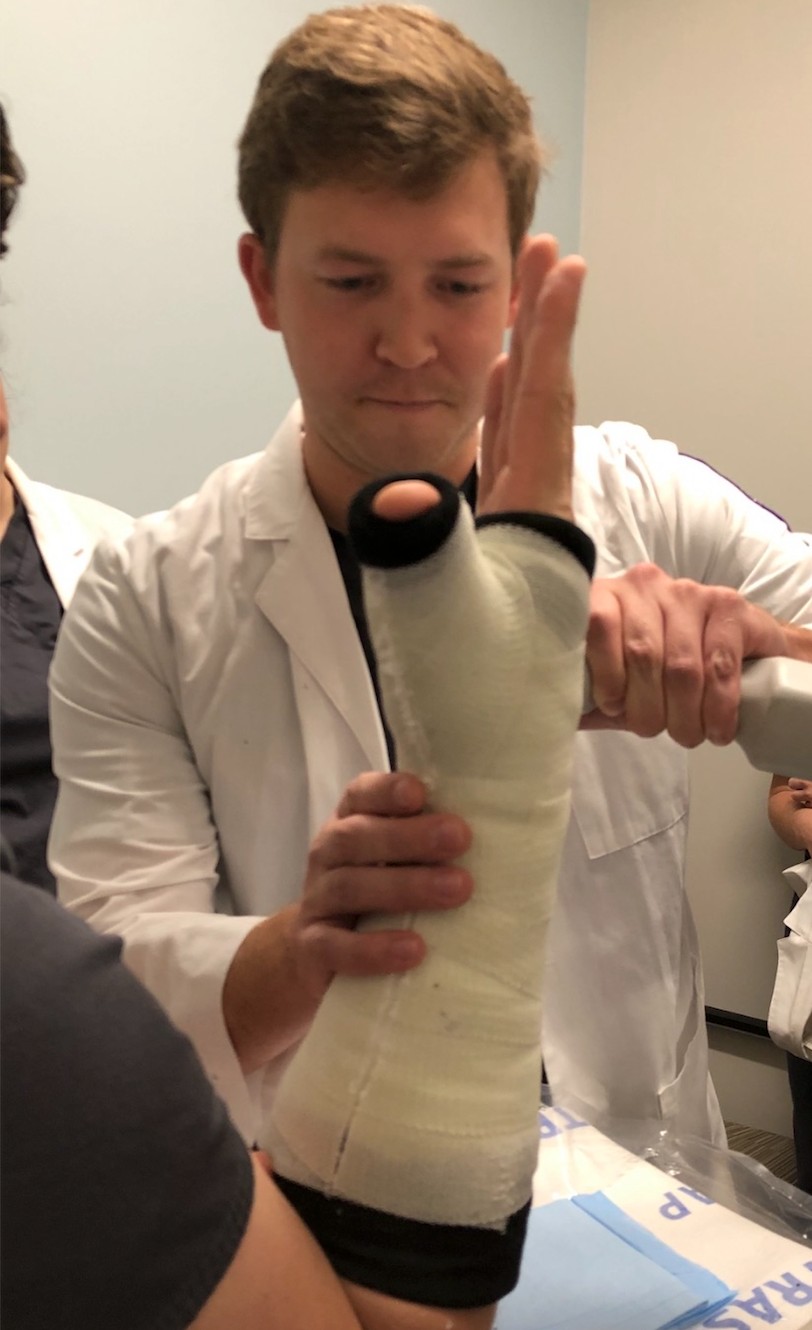 Tim Schorkopf at work on a health care rotation.

“It was neat to see the whole community come together,” said Schorkopf, who noted that the ER experience was his favorite clinical experience so far. “Doctors from the area showed up to volunteer. That volunteer could have been a doctor for 30 years, but no job was too small for them. Maybe it was to just clean a room. Everyone was being completely selfless.

“The patients were incredible too. On a regular day (in the ER) I might get a complaint if a patient waited an hour for treatment. But on this day, they might wait five hours, and I didn’t hear a single complaint from a patient. I even saw patients say, ‘I’ve been here five hours, but that patient is obviously worse. Treat them first.’”

The hospital received donated lunches for a full week because restaurants would bring food and coffee for the health care workers. “It was a real community effort,” Schorkopf said

The ER rotation, including the night of the tornadoes, taught Schorkopf many of the right questions to ask patients to diagnose them and determine treatment and the right diagnostic tests and lab procedures to order for each situation, he said. It’s important to know what tests to run and in what order for proper patient care and when to call in a physician consult, he said. He was able to practice doing physical exams and plenty of suturing and incisions, he said.

“What I appreciated about emergency medicine is that you fix people on the spot, and when they go away, they are better off than when you first saw them,” he said. Providers may not get that sense of satisfaction in other specialties like family care, where many patients have chronic conditions and doctors have less control over the daily management of those conditions, he said.

“I get a lot of gratification out of seeing someone arrive in pretty bad distress and then within an hour seeing them more comfortable and able to go back home,” Schorkopf said. “A situation has to be pretty serious for a patient to go to the ER. So it feels pretty great to help them feel good enough to go home again.”