Preserving stories and history for future generations is an important role played by the Beaman Library archives and special collections.

Vietnam Voices begins at 6:30 p.m. in Stowe Hall, located in the Swang Business Center on the Lipscomb campus. The event is free and open to the public, but reservations are requested. Register at https://tinyurl.com/luvietnamvoices. Vietnam Voices is sponsored by Lipscomb University’s Beaman Library; Department of History, Politics and Philosophy and LIGHT Program.

A veteran of the U.S. Marine Corps, Frisby served from 1989-1995 including being deployed in 1991 as part of Operation Desert Storm. Frisby is faculty coordinator in the Office of International Affairs and associate professor of history and global studies at MiddleTennessee State University, where he teaches Tennessee, United States and military history. His research interests include military occupation and reconstruction strategies. He has authored numerous articles and essays dealing with Tennessee's Civil War occupation and reconstruction experience, and he recently appeared on the NatGeo Channel’s series, "Civil Warriors: Episode 3: Hard War" detailing the perilous conditions in Union occupied Middle Tennessee. 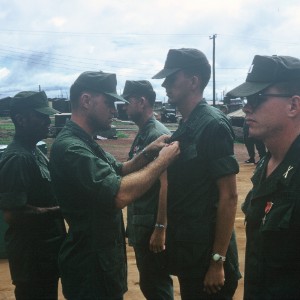 Richey served in the U.S. Army from 1966-69 and was stationed in Okinawa, Japan during the Vietnam War. He was a conscientious objector and yet still served his country as a supply man, ensuring the men in Vietnam received the supplies they needed. Richey is a graduate of Nashville Christian Institute and attended Tennessee State University from 1970 until 1973 and worked as U.S. Postal Service supervisor from 1970-2002. Today, Richey serves as a Grayline Motor Coach operator.

Womack is a U.S. Army veteran who was a sergeant in the 4th infantry division in Vietnam from 1967-68. A resident of Murfreesboro since 1957, Womack served as a Tennessee state senator from 1988-2000.  He has been a State Farm agent in Murfreesboro since 1981 and has also served on the board of the United Way of Rutherford and Cannon Counties and as a past chairman of the Board for the Rutherford County Chamber of Commerce.

The Vietnam Voices Oral History project is a joint venture between the Beaman Library archives and the Department of History, Politics and Philosophy. In fall 2018, students in Professor Tim Johnson’s “U.S. War in Vietnam” class embarked on a project to bring local Vietnam veterans to the Lipscomb campus to share their stories. Students interviewed each veteran. Interviews were filmed as a way to preserve the memories of the veterans and are the start of a collection that Johnson hopes will continue to grow in the near future.

“With more than 18,000 Vietnam Veterans living in Davidson County and Middle Tennessee, this is a way for Lipscomb to honor these veterans, to preserve their stories and to serve as a powerful educational opportunities for our students,” said Johnson, professor of history at Lipscomb. “The youngest of the Vietnam veterans are in their late 60s to early 70s. Now is the time to preserve these memories as many are willing to share their stories to help current and future generations learn about this time in our nation’s history.”

Johnson said several veterans have already been interviewed as part of the oral history project, with more interviews scheduled for the coming weeks and months. 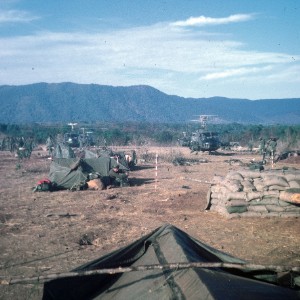 “This is a very unique project in Middle Tennessee and in the southeast part of the country,” he said. “We hope to continue to build this as a resource for others to study and learn from. Housing it in the Beaman Library archives is a great way to preserve this for future generations. This is also a great experience for our students as the pages of their history books come to life through the memories and stories they are hearing from these veterans.”

The focus of this project is currently on Vietnam veterans. But Johnson said he hopes this project will bring honor to all veterans and will lead to additional oral history projects with a focus on other wars or aspects of the military.

The idea for the Vietnam Voices project has its roots in another unique project organized by Beaman Library special collections librarian Elizabeth Rivera. In 2015 the Beaman Library archives unveiled the Stribling Brock Collection, a unique collection of letters given to the library that told an unusual tale of wartime encounters that created lasting friendships made between World War II German prisoners of war and those held them captive. A portion of the collection was unveiled to the public in September 2015 at an event celebrating the 70th anniversary of the end of World War II. Through this project Rivera said she realized that personal stories from WWII were lost once the veterans passed away. Questions began to surface in her mind about whose stories were being told, why they were being told and what stories were being omitted. She said she knew of a few other universities across the country that have fairly robust oral history programs, but none were capturing the stories of veterans in Middle Tennessee. 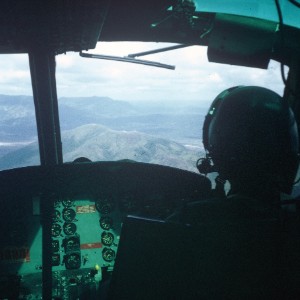 A view from a helicopter flying over Vietnam.

“While we cannot preserve every single story, Lipscomb can do its part. We are gathering stories from middle Tennesseeans who have never heard of these types of projects, and our participants are thrilled that an entity wants to listen and record their own personal accounts of their experiences,” said Rivera. “This is why public history exists, for the people. We do not do this for ourselves, but for them. Ultimately, that is what a library is all about. This project expands the services of the library to extend beyond traditional electronic resources and the library's brick and mortar.”

“The stories we tell shape who we are and inform future generations,” she continued. “Personal stories become society’s collective story, but what happens if we do not safeguard our stories for posterity? The information preserved and accessible to us determines both the stories that we tell and they become our favorite ones to hear and retell. Beaman Library Archives and Special Collections preserves personal stories and weaves them into the fabric of the collective story in the archive. We preserve today for tomorrow's scholars.”

Want to know more about being a part of the oral history project? Contact Johnson at tim.johnson@lipscomb.edu.