Lipscomb's College of Education is a national leader in teacher preparation

Lipscomb University’s College of Education has once again been recognized nationally for the quality and effectiveness of its teacher preparation program.

The Council for the Accreditation of Educator Preparation (CAEP) has announced that Lipscomb University is one of 26 providers from 17 states and the United Arab Emirates to be  recognized for quality and excellence as recipients of the 2021 Frank Murray Leadership Recognition for Continuous Improvement. These institutions were recognized based on data trends to achieve accreditation with no stipulations or areas for improvement.

“It is a great honor to receive this award from CAEP as they recognize excellence in the field of educator preparation programs. CAEP’s rigorous selection process for determining which institutions receive this award speaks volumes about Lipscomb’s program,” said Trace Hebert, interim dean of Lipscomb’s College of Education. “This recognition from CAEP is testimony to the work of the COE's faculty and staff and the excellence they bring every day.”

“For many years, Lipscomb has had a reputation as one of the best educator preparation programs in the state of Tennessee and this national recognition from CAEP is further evidence of the quality of the academic program and the graduates who go on to do great work in the field of education,” he continued. “Lipscomb graduates are continually sought after by school districts and principals who are familiar with the calibre of teachers who are trained here.” 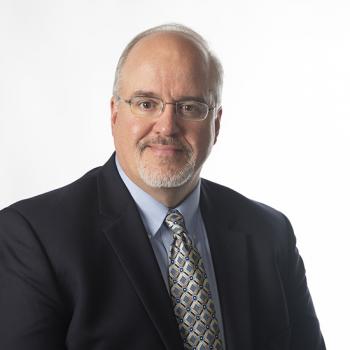 This is the latest recognition for Lipscomb’s College of Education. This summer, the college received $1 million in Grow Your Own grants from the Tennessee Department of Education. In October 2020, its undergraduate and graduate elementary teacher preparation programs were once again named among the top in the nation by the National Council on Teacher Quality (NCTQ). In the NCTQ’s 2020 Teacher Prep Review: Clinical Practice and Classroom Management, Lipscomb University’s undergraduate and graduate elementary teacher prep programs were among only 17 elementary programs in the country that earned an A in both clinical practice and classroom management, and serve as a model of excellence for others according to the NCTQ report.

Since 2013, the National Council for Teacher Quality has consistently ranked Lipscomb’s College of Education programs among the top in the nation, ranking them as high as No. 1 nationally in 2014. Lipscomb's undergraduate secondary teacher preparation program is among the 120 programs in the NCTQ book Start Here to Become a Teacher, and the organization gave Lipscomb one A+ and three A grades in various teacher preparation categories.

In addition, Lipscomb is consistently ranked among the top-rated teacher preparation programs Tennessee State Board of Education’s Educator Preparation Report Card. In 2019, the College of Education was also awarded a $2.49 million grant from the Kern Family Foundation to develop an innovative leadership development program for principals focused on character, academic excellence and business acumen in the rising generation of leaders.

The Frank Murray Leadership Recognition for Continuous Improvement is named after the founding President of the Teacher Education Accreditation Council (TEAC). CAEP was created by the consolidation of the National Council for Accreditation of Teacher Education and TEAC. Murray was the founding President of TEAC, served as Chairman of the Board for TEAC and was also an initial member of the CAEP Board of Directors. He was a key advocate for a single set of teacher preparation standards to unify the profession and was instrumental in the merger that created CAEP. He also served as the Dean of the College of Education at the University of Delaware from 1979 to 1995.

“Frank Murray was passionate about education preparation, a prominent leader in our profession, and an advocate for evidence to improve education. The providers that CAEP is recognizing are committed to continuous improvement and preparing their students to succeed in a diverse range of classrooms after they graduate,” said Karen Symms Gallagher Chair of the CAEP Board of Directors. “CAEP Accreditation is a sign of commitment to quality through purposeful use of evidence. The Murray Leadership Recognition recipients should be proud of their accomplishments.”

Recipients of the 2021 Frank Murray Leadership Recognition for Continuous Improvement are selected from the educator preparation providers (EPPs) that were granted accreditation by CAEP at the initial level from the previous year, who provided a full complement of evidence with demonstrated data trends and no plans. Recipients had no stipulations or areas for improvement. Providers selected for recognition advance equity and excellence in educator preparation through purposeful use of self-study procedures and evidence-based reporting that assure quality and support continuous improvement to strengthen P-12 learning. These EPPs have a mission driving their continuous improvement inquiry, use assessments that are relevant to the topic being informed and consequential, show the reliability and validity of the evidence provided for accreditation, have quality assurance capacities that inform their knowledge and address questions about relationships in the data.

“This third class to receive the Murray Recognition represents the diversity and innovation that comes with CAEP accreditation. Small, large, public, private, faith-based, and historically minority serving,” said CAEP President Chris Koch. “These recipients reflect the creativity that CAEP affords in achieving excellence, by meeting the standards in a variety of ways, for the diverse populations they serve.”