Lipscomb University is leading the way among peer institutions in the state in marketing and communication initiatives.

Lipscomb University took home top honors in the state for its new website and its work in social media and media relations was recognized for its excellence at the Tennessee College Public Relations Association’s annual conference May 22-24 held at Maryville College.

As part of the conference each year, TCPRA organizes a communication competition recognizing excellence in the areas of advertising, public relations/media relations, writing, publications, marketing materials, electronic and digital media and overall promotional campaigns. Two- and four-year, public and private colleges and universities across the state submit entries to be judged in these categories.

In January 2018, the university launched a complete revisioning and redesign of the institution’s website that included a change in the content management system, the organization and the design among other elements under the leadership of University Marketing’s Dave Bruno, vice president of marketing, and Kyle Gregory, director of digital marketing. The new website went live in January 2019. 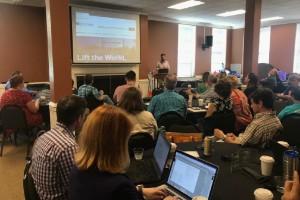 “Lipscomb's comprehensive website design and development project is a major component of the overall marketing strategy,” said Bruno. “The new design is audience-focused. The new backend technology is stable and extensible. Winning several TCPRA awards affirmed the thoughtful, hard work of those involved in this project. We believe the results in the marketplace will be a more engaging digital presence for the people interested in Lipscomb."

In the social media campaign, Lipscomb took third place honors for its #LipscombDayofGiving, campaign from March 4-13. The goal for Lipscomb’s first Day of Giving in school history was to reach 500 donors (of any amount) in 24 hours so that a $100,000 challenge gift would be provided to student scholarships. Our result was 2,746 donors and $547,899 raised. With the help of the #LipscombDayofGiving social media campaign, the goal was exceeded by more than 500 percent. Engagement across the university’s social media channels was significant during the campaign.

University Marketing, led by Tabitha Barbé, social media and web content specialist, strategized with Lipscomb’s advancement team as well as other departments in their paid and organic social media planning. A mystery Facebook event was created which was advertised in the days leading up to the Day of Giving and revealed the day of the event, which helped create interest before the event and on the day of. In the week leading up to our Day of Giving, a paid social media campaign ran on Instagram and Facebook of student voices talking about why their scholarship was important and how donors have made a difference in their lives.

“When the advancement team presented the #LipscombDayofGiving campaign we knew it was going to be a challenge to build an audience receptive to the inaugural Day of Giving given the secrecy around the initiative,” said Gregory. “However social gives you some flexibility to take a chance on an idea. Tabitha’s initiative, coordination and execution played a role in the overwhelming success of the campaign. The TCPRA award, judged by industry professionals, affirms the hard work the digital team does, from websites to social campaigns, everyday for projects of any size.” 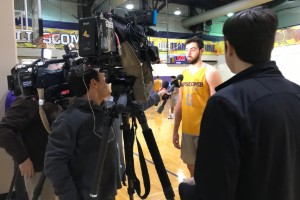 The Office of Public Relations and Communication in partnership with the athletics media relations team developed a comprehensive communication plan to maximize coverage of the Lipscomb men’s basketball team’s trip to the National Invitation Tournament and its first-ever appearance in the semi-finals and finals in Madison Square Garden. This comprehensive campaign included media, social media, advertising and web among other communication channels. It was executed during the time period between the ASUN tournament championship game on Sunday, March 10 through April 7, the weekend following the NIT championship game.

During this time, Lipscomb was featured in 15 print articles in the Tennessean and numerous additional articles and photo galleries on tennessean.com. In addition to coverage by the Tennessean, Nashville’s four local network affiliates aired numerous interviews and stories during this time. Among the numerous media outlets across the country covering Lipscomb basketball and its trek through the NIT tournament were ESPN, the Associated Press, Yahoo Sports, the Washington Post, Sports Illustrated, Mid-Major Madness, the New York Times, USA Today, the Los Angeles Times, SB Nation, 247Sports and CBSSports.com. Lipscomb also received international media exposure in a number of countries including Canada, the United Kingdom, Mexico, Australia, Indian, Venezuela, the Philippines, Brazil, Romania, Poland, Guam, Nigeria and Ireland.

According to Kim Chaudoin, assistant vice president for public relations and communications, a report generated using TVEyes media monitoring service for that time period indicates the number of broadcast media stories mentioning Lipscomb University were nearly 1,000 with an estimated total viewership of 95,240,205 across the nation and an estimated publicity value of nearly $7,216,537.73. According to Meltwater media monitoring service, the estimated number of print and online stories were more than 1,350 with a reach of 1,532,506,630 and an advertising equivalency of $14,175,686.47.

Founded in 1975, TCPRA is an organization for communications and marketing professionals who represent the colleges and universities, public and private, two-year technical schools, technology centers and community colleges that together define higher education in Tennessee.