When Lipscomb University’s HumanDocs Film Series screens the film And Then They Came For Us, exploring the internment of Japanese Americans during World War II, on Wednesday, Oct. 6, it will be continuing its 13th year of bringing discussion of society’s important issues to the Lipscomb campus in the medium of film. 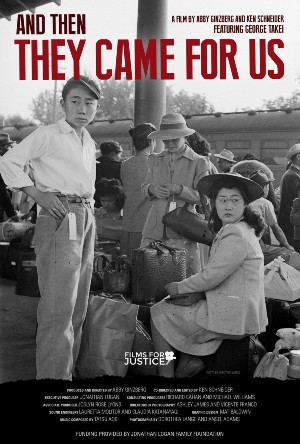 The series’ partnership with LIGHT to screen the film at 6:30 p.m. in Shamblin Theatre is just the latest in years of collaborations to encourage vibrant, but civil, discussion of a multitude of diversity, equity and social justice issues on campus.

Each film in the series, established by Professors Ted Parks and Matt Hearn in November 2009, explores aspects of humanity through the lens of societal inequalities. The first film screened was a documentary called Garbage Dreams, centering on a group of teenage “garbage people” who live within the landfill of Cairo, Egypt, collecting thousands of pounds of waste each day and recycling most of it to earn a meager living.

Following that, films over the years have profiled and critiqued policies and society’s norms regarding immigrant women in Los Angeles, reconciliation efforts, the U.S. prison system, mining practices, English-only initiatives, the depiction of women in mass media, events of the civil rights movement, Native Americans, health care outreach in rural America and economic inequality, just to name a few. HumanDocs has shown more than 60 films on the Lipscomb campus.

HumanDocs, which has always been free and open to the public as well as the campus community, was born out of a desire to develop a closer relationship between the Nashville Film Festival and the university, said Parks, associate professor in the Department of English and Modern Languages. Both Nashville Film Festival and Nashville Public Television, as well as other local community organizations, have helped secure the films for the series over the years.

“We wanted to make a forum at Lipscomb where unheard voices could be heard,” explained Parks. “We wanted to focus on uncomfortable voices that had something important to say to people of faith and to focus the spirit of critical inquiry on vital social issues.”

At the heart of Human Docs is a passion for collaboration and community, he said. HumanDocs has often partnered with various other Lipscomb entities, such as the colleges of business, leadership and public service, and entertainment and the arts, as well as the School of Communication and Journalism to bring films directly related to their curriculum. Collaborations with programs such as the Christian Scholars' Conference, the Landiss Lecture, LIGHT and the Office of Intercultural Development have brought talks by the filmmakers themselves or related guests and panel discussions to the campus and surrounding community. 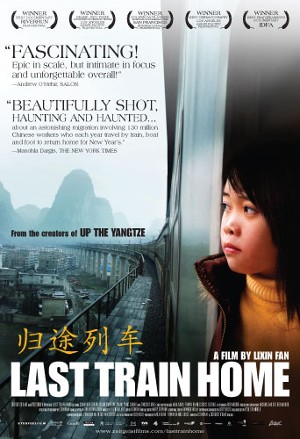 Explores the 130 million Chinese workers who migrate from their home villages to China's cities each year.

“I hope this program has brought faculty together across disciplines,” Parks said. “Universities can often operate as ‘intellectual silos’ where departments don’t talk to each other often. However, HumanDocs has been grateful for the support it's received from friends in different academic areas.”

The Oct. 6, screening of And Then They Came For Us complements the LIGHT program’s 2021-22 common read of the graphic memoir They Called Us Enemy, by George Takei, which describes his personal experience as a boy in the Japanese American internment camps during World War II. Takei, best known for his role as Hikaru Sulu in the television series Star Trek, is also featured in the film.

The selection of They Called Us Enemy was to shine a light on Lipscomb’s Asian and Asian American student population, especially in the face of the discrimination Asian Americans nationally have experienced in the past year, said Cori Mathis, director of the LIGHT program.

LIGHT, focused on nurturing academic and extracurricular cultural engagement, strives to bring attention to portions of America’s history that are often overlooked or ignored.

“Each year, we try to center on a different aspect of diversity than the year before. We look at the composition of Lipscomb's student body to give us ideas there,” she said. “Representation is key in showing diverse people how valued they are, so we want our students to feel seen in the books that we choose.”

Each HumanDocs screening features a talk-back or a panel discussion after the viewing. The screening of They Called Us Enemy will feature a talk by Traci Teraoka, whose father was a survivor of the Japanese internment, to highlight the broader historical significance behind the documentary.

“When you read about an event, sometimes that is not as profound and impressionable. By meeting someone who has been directly impacted you can get a sense of what happened historically, and gain a deeper understanding and awareness that we are always called to treat others with dignity, love and justice,” said Parks. 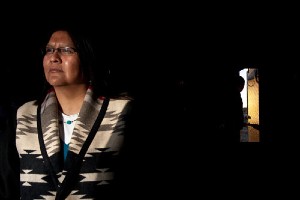 'Sun Kissed,' aired in 2013, profiles a Navajo family who discovers that a rare genetic disease affecting their children stems from forced relocation of the tribe.

“The LIGHT program hopes to cultivate a respectful attentiveness to diversity in our students, and one of the ultimate goals is that it will increase their understanding of cultural practices, systems and institutional structures, so that as they live out their faith, it's a thoughtful, relational faith that radiates the love of Christ to others. Because after all, Christianity is a faith that's about community, not exclusion,” said Mathis.

“I hope our students will remember as they move in the world and into their careers how important it is to have a sense of history when making decisions about the present,” Mathis said. “I hope they'll make a point of critically examining cultural practices to determine if they are harmful to others and/or arise from prejudices and misunderstandings rather than actual threats or concerns.”