Lipscomb University today announced the election of Dr. Candice McQueen as the 18th president and first female CEO of the 130-year-old faith-based institution. McQueen, who served as Tennessee commissioner of education under former Gov. Bill Haslam, succeeds L. Randolph Lowry III, who will transition from the role of president after 16 years to chancellor of the institution.

“We are thrilled about Dr. McQueen’s return to the university,” said David Solomon, chair of the Lipscomb Board of Trustees. “I am confident that her vision, deep expertise, passion for faith-based education and love for Lipscomb will lead us boldly into a new season of greatness, exemplified by excellence, diversity and immersion in our community as together we work to transform the lives of our students.” 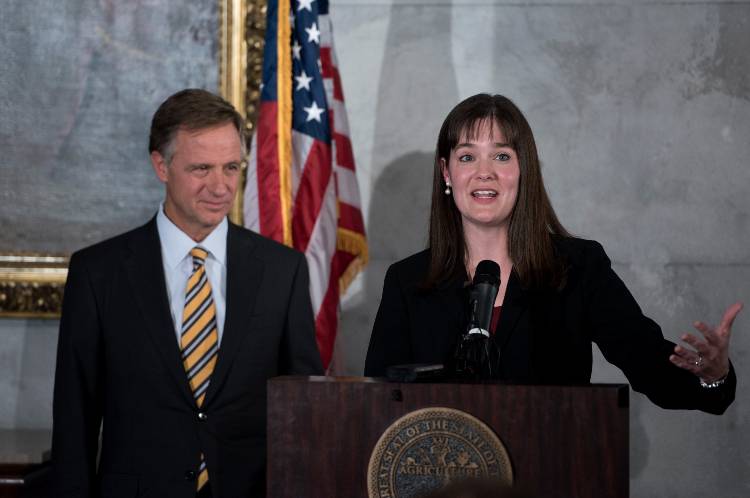 In addition to her role as dean of Lipscomb’s College of Education, McQueen was appointed senior vice president in November 2013. In that capacity, she also had the responsibility for oversight of Lipscomb Academy, the 1,300-student preK2-12th grade college preparatory school, was a member of the president’s executive leadership team and set strategic vision for the university. She served in both the dean and senior vice president role until December 2014.

Currently McQueen is CEO of the National Institute of Excellence in Teaching (NIET), a national nonprofit founded by the Milken Education Foundation that increases educator capacity across K-12 and higher education partners in over 21 states. As CEO, McQueen has overseen substantial growth of NIET’s work, including increasing service revenue and partnerships by almost 40% in three years, receiving more than $50 million in new multiyear federal and state grants, and significantly increasing NIET’s national profile and influence on improving educator effectiveness to ensure every student achieves.

“I am honored and humbled to be chosen to serve as the president of Lipscomb University,” said McQueen. “Lipscomb is a truly remarkable place where students grow in their faith and character while building toward their careers — all in partnership with exceptional faculty and staff who are leaders in their field. I know firsthand how life changing this community can be, and I want to ensure that experience for countless others for many years to come.”

McQueen was unanimously elected president at a special meeting of the Lipscomb Board of Trustees this week. McQueen, 47, was recommended to the board by a 14-member presidential search committee, composed of representatives from the board of trustees, deans, faculty, staff, students and alumni, working in collaboration with Carter Baldwin, a national search firm, following a six-month national search involving more than 130 applications and nominations.

I look forward to the opportunity to build on Lipscomb’s strong foundation so that the university can continue to make a positive difference to its students, to all who support it and to those around us. — Dr. Candice McQueen

“Dr. Candice McQueen was uniquely qualified by her commitment to faith-based education, her extensive experience from classroom teacher to higher education executive, and her proven leadership skills to keep Lipscomb moving forward in a strategic and excellent way,” said Mitch Edgeworth, vice chair of the Lipscomb Board of Trustees and search committee chair. “I look forward to the positive impact she will have on this institution in the future.”

“Dr. McQueen clearly has a passion for education and is uniquely prepared for this new role,” said former Tennessee Gov. Bill Haslam. “She was an excellent member of our cabinet. As commissioner of education she led 1,100 state employees and managed a $6 billion budget with vision, intelligence, skill and always with a smile on her face. Under her leadership, Tennessee experienced its highest graduation rates and highest average ACT scores in the state’s history while moving the state’s substantial K-12 and higher education reform agenda forward. She is an excellent choice for Lipscomb University.”

“As a faculty member, dean and executive at Lipscomb for 14 years before becoming commissioner, Dr. McQueen showed great leadership, judgement and character,” said Lowry. “She is a very effective leader with great vision. It was bittersweet when Gov. Haslam recruited her to his cabinet. It’s exciting to welcome her back to Lipscomb as our next president.”

McQueen has a Bachelor of Science degree from Lipscomb University, a Master of Education in school administration from Peabody College, Vanderbilt University and a Ph.D. in curriculum studies from the University of Texas. Before coming to Lipscomb in August 2001, McQueen taught in both private and public elementary and middle schools in Texas and Nashville, was an adjunct on faculty at Vanderbilt University and was an assistant instructor and supervisor of student teachers at the University of Texas at Austin. She has won multiple awards for her teaching at both the K-12 and collegiate levels. Her primary research interests are teacher professional development, leadership, and reading and writing methods.

A native of Clarksville, Tennessee, McQueen and her husband, Andy, a Lipscomb graduate and former member of the men’s basketball team, have two children, Abigail, who will be a freshman at Lipscomb University this fall, and Henry, a ninth grader at Lipscomb Academy. The McQueens are members of Hillsboro Church of Christ in Nashville.

Lowry will remain president of Lipscomb University until McQueen’s term officially begins on Sept. 7. McQueen said this fall she expects to spend significant time visiting with students, faculty, staff, alumni, donors, parents and church leaders as well as higher ed, government, business and community leaders in Nashville, across the state and beyond to continue to build relationships on behalf of the institution.

“Lipscomb has become a leader of faith-based institutions nationwide while at the same time becoming more open, involved and important to the communities around it,” said McQueen. “I look forward to the opportunity to build on Lipscomb’s strong foundation so that the university can continue to make a positive difference to its students, to all who support it and to those around us. I look forward to working with the Lipscomb community to build on all that has been accomplished under Dr. Lowry’s leadership as we embark on our next exciting chapter.”

Following a year-long sabbatical, as chancellor Lowry will serve as an ambassador for the institution, work on strategic projects and continue on the boards of Nashville and higher education organizations among other responsibilities. In addition, Lowry will work as a faculty member in Lipscomb’s College of Leadership & Public Service. His wife, Rhonda, will continue on faculty in the College of Bible & Ministry. 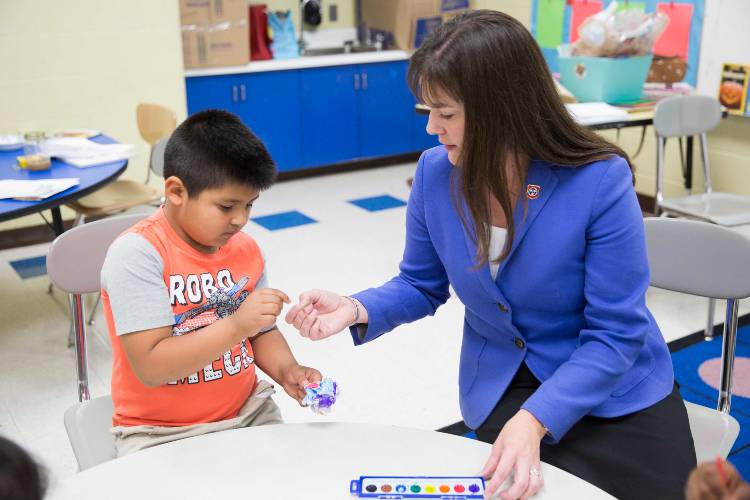 “Randy and Rhonda Lowry have truly served this institution over the last 16 years as partners,” said Solomon. “During their tenure, the Lowrys have poured their hearts and souls into transforming Lipscomb. We are grateful for their extraordinary commitment as president and look forward to working with them in the future.”

Known for his innovative and visionary leadership, Lowry began his tenure as Lipscomb’s 17th president in September 2005 and since that time has led the institution to become one of the top ten fastest-growing private doctoral universities in the nation, according to the Chronicle of Higher Ed. The institution, which includes Lipscomb University and Lipscomb Academy, has a combined enrollment of nearly 6,000 students and employs more than 1,000 full time faculty and staff.