The late Helen D. Richardson of Bellevue, Tennessee, had a passion for education at an early age. She was so passionate, in fact, that her cousin, Edgar Stevens, offered to pay her tuition to attend Lipscomb Academy and then Lipscomb University, graduating in 1948.

The late Helen D. Richardson of Bellevue, Tennessee, had a passion for education at an early age. She was so passionate, in fact, that her cousin, Edgar Stevens, offered to pay her tuition to attend Lipscomb Academy and then Lipscomb University, graduating in 1948.

Her passion for education continued in her career – in which she worked in elementary schools for more than 30 years – and finally to her death, when she donated $175,000 to Lipscomb’s general scholarship fund to allow others the opportunity to attend Lipscomb through her generosity.

Richardson, born in 1926, grew up on her family’s farm until Stevens asked her father to tend to his farm in Pasquo, Tennessee. After realizing how important education was to Richardson, Stevens offered to pay her tuition for a Lipscomb education.

While at Lipscomb, Richardson studied education and then she went on to earn a master’s degree from Vanderbilt University. Richardson taught for eight years in the Metro school district and at age 32 became the first principal at Westmeade Elementary School giving her the title of youngest principal in the area. 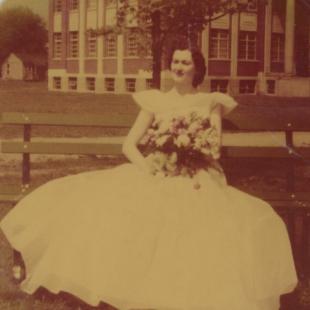 During her time at Lipscomb University, Richardson was elected May Queen by her fellow students chosen because of her beauty, character and academic ability.

Richardson’s many stories of her career in education reveal how devoted and caring she was for her students, say family friends.

One story, relayed by Jan Anderson, a close friend of Richardson’s, related how one African American grandmother moved from skepticism to enthusiasm after her grandson experienced his school’s first year of integration under Richardson’s leadership. Other parents told stories of Richardson’s kindness to her students during personal family struggles, Anderson said.

It’s not surprising that Richardson would use her last actions to help Lipscomb students, unknown to her, achieve an education, as she cared for others throughout her life – not just her Westmeade students, but also her parents and brothers, and even her neighbors.

Jan and Howard Anderson were a young married couple when they moved in next door to Richardson’s family home, and the two said it didn’t take long before Richardson felt like a part of their family.

“When we first moved there, she came over and brought us a cake,” said Jan Anderson. “She was a great cook, great decorator, great gardener, she just had so many talents, and we were lucky she shared them with us. She became a member of our family and we invited her to birthday parties and holidays.”

The Andersons looked after Richardson and they became so close that after she was diagnosed with Alzheimer’s Disease, she left them in charge of her will and estate. 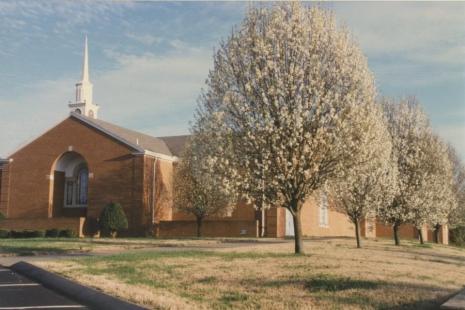 Richardson was a charter member of Bellevue Church of Christ, president of the Southeastern Principal’s Association and held several offices at the Bellevue Garden Club.

Howard Anderson recalled Richardson being very intentional about her spending and saving early on. She put aside a portion of her earnings from every paycheck, Howard Anderson said.

Richardson had a passion for education and her gift will live on as an extension of that passion.

“Helen wanted to do something to help someone else,” said Jan Anderson. “She always wanted to help others further their education and to give back what she had been given.”

To learn more about ways to give to Lipscomb through estate planning.