The Lipscomb University College of Liberal Arts & Sciences is celebrating the opening of the new McClure Center for Faith and Science, which will serve as a place for students to explore the relationship between the Christian faith and scientific inquiry. The center is located in the McFarland Science Center on Lipscomb’s campus.

The McClure Center for Faith and Science is named in honor of Brenda and Dr. Robert McClure, a gastroenterologist in Columbia, Tennessee, who made the lead gift to establish the center and who has played an integral role in developing the college’s faith and science initiative which launched in 2018.

“On behalf of Lipscomb, I thank Robert and Brenda McClure for their passion and for their investment here. We are here today because of the impact of this place, the faculty and staff who will support our students in this space and the tremendous impact on students for generations to come,” said Lipscomb President Candice McQueen. “This is a pivotal moment in what we do at Lipscomb University. To have a partner in making sure that we lean into faith and science as a core part of our mission is very important. It speaks volumes about who we are and what we're about.” 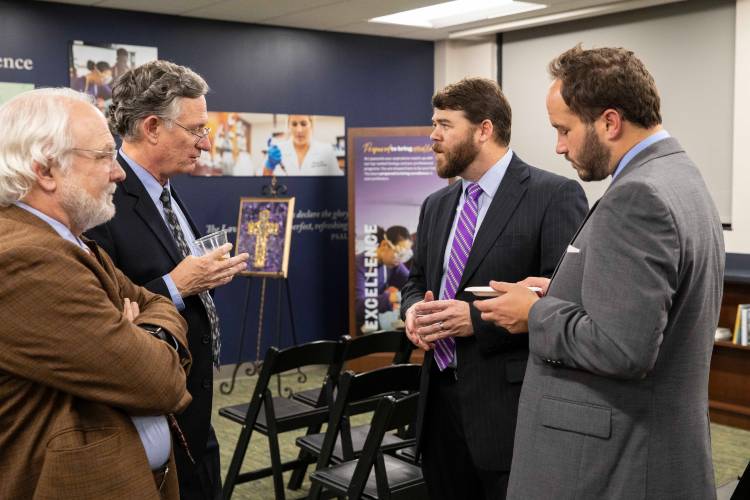 The new center provides an innovative and flexible space where students and faculty can gather for discussion and seminars and workshops may be hosted among other activities.

“The McClure Center for Faith and Science is a place where we intentionally lean into our Christian identity, but also help students reconcile what they believe about God and what they can measure and know about science,” said Kent Gallaher,  associate dean in Lipscomb’s College of Liberal Arts & Sciences and professor of biology. “This center empowers the natural sciences here, is a place to explore the intersection of faith and science and enhances the quality of science education.”

The McClures have also funded the establishment of the McClure Endowed Professorship in Faith and Science as well as funded other capital projects in McFarland Science Center at Lipscomb. Dr. McClure’s interest in science began as an undergraduate student at Lipscomb, where he graduated with a major in biochemistry and a minor in mathematics in 1982. He went on to medical school at Vanderbilt University from which he graduated in 1986, and completed his residency in internal medicine at the University of Texas Southwestern and a fellowship in gastroenterology at Vanderbilt. Brenda McClure graduated from Lipscomb in 1980 with a degree in mathematics. 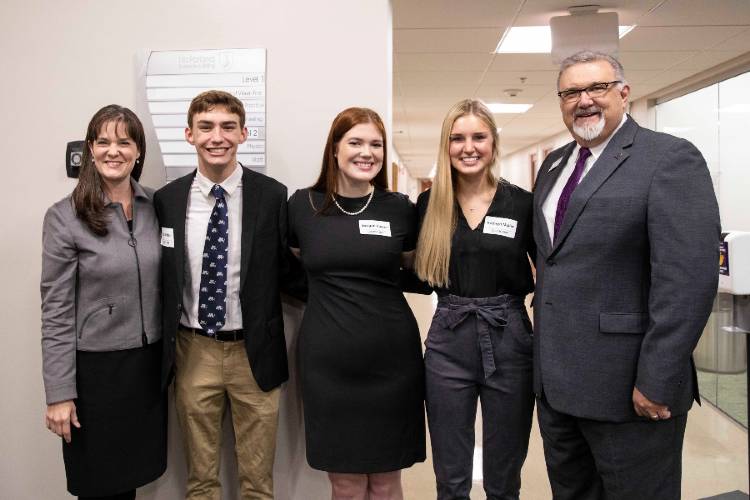 “When I first met Dr. Robert McClure, I immediately recognized him as the type of person that I wanted my students to be — someone who majored in one discipline, but is interested in everything,” said David Holmes, dean of Lipscomb’s College of Liberal Arts & Sciences and professor of English. “The Christian liberal arts  are  about freedom, ultimately. The classical liberal arts are about intellectual freedom. The Christian faith is about spiritual freedom. We greatly appreciate his passion for the intersection of faith and science, for our work here at Lipscomb and to ensure that generations of students to come will be impacted by this conversation. I thank Robert and Brenda McClure for their friendship and for their generosity.”

Following his fellowship in gastroenterology, McClure established a practice in Columbia, Tennessee, and along with Brenda became known for their civic life in Maury County and for their service to the Graymere Church of Christ. McClure is also known for his service to the medical profession, having served twice as the president of the Maury County Medical Society, a Tennessee Medical Association board member and a past chief of staff at Maury Regional Medical Center among other professional engagements.

In 2008, McClure became interested in the intersection of faith and science when he began to have questions about biblical interpretation. He enrolled in Lipscomb’s Hazelip School of Theology to pursue his Master of Divinity degree, which he completed in 2016. His focus during graduate school and beyond has been at the intersection of biblical languages and exegesis in the context of ancient/modern culture and prescientific/scientific understandings. He is passionate about sharing with future generations of young scientists this focus and has been a significant driving force behind Lipscomb’s faith and science initiative since its inception.

“I had a midlife ‘change in interest’ and it was related to faith and science,” said McClure. “Biblical interpretation is an integral part of our faith. We interpret science by observation, thought, experimentation and further observation. When I read passages in the Bible or heard things taught from the pulpit that weren’t consistent with modern scientific understanding, it was a problem for me and I knew there had to be a better way of looking at these Scriptures. So, I decided to work on my graduate degree in theology.”

McClure immersed himself with his graduate studies in off-hours from his full time medical practice for eight years to complete a degree that traditionally takes about three-and-a-half years to finish. During that time he said he read numerous books, wrote many papers and came to have a deeper understanding of both issues of faith and science. 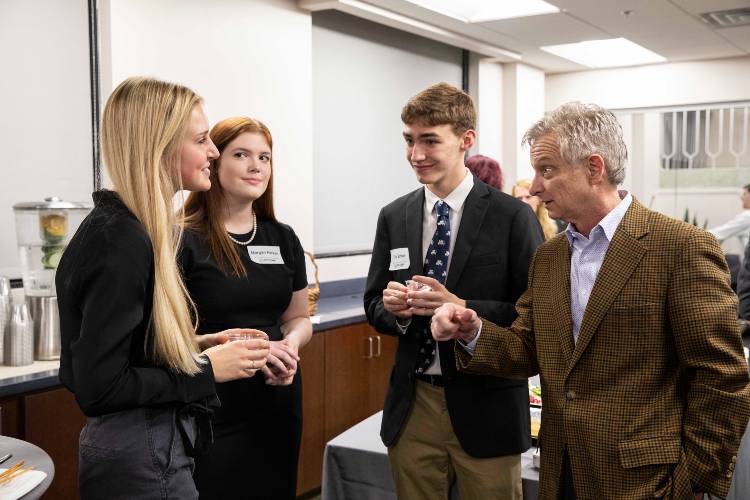 “As a result, from my personal perspective, I have become much better able to reconcile issues in faith and science,” he said. “It seems that often controversy emerges in these areas because those who tend to yell the loudest about it have the least understanding of either the theological aspects or the scientific aspects of an issue. Part of the problem is finding a way to get to a better understanding of these areas. We need a place like this center to reach a better understanding, to be able to engage and a space for discussion and learning. We should strive for the best of biblical engagement and the best of scientific engagement.”