A Lipscomb University chemistry professor’s nugget of an idea, sparked on a mission trip 15 years ago, has now made its way into a top tier multidisciplinary scientific publication, and someday could make a big dent in the prevalence of infections in hospitals and beyond. 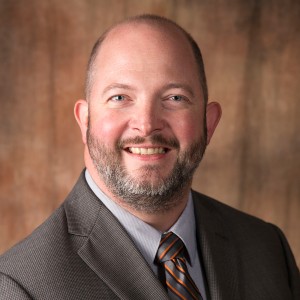 Back in 2005, Professor Brian Cavitt, then at another university, served on a mission team to Nias, a small island in Indonesia that on Dec. 26, 2004, suffered a massive earthquake and tsunami.

As he observed conditions on the island, which had two hospitals with 250 beds for the entire population of 750,000, he noticed that the hospital where he was serving had only a mountain stream as a water supply.

Cavitt and his fellow researchers were unable to apply the concept to water purification, but the experience encouraged him to apply this idea to surfaces: is it possible to stop bacteria from settling on a surface in the first place, especially surfaces that people touch and use on a daily basis?

The answer is yes, and that answer led Cavitt on a 13-year research journey that has included developing and obtaining patents on two anti-bacterial coatings, involving numerous Lipscomb students in testing various bacteria to see how easily they stick to those coatings; and making presentations at scholarly conferences across the nation.

Now his work is slated to be published in iScience, a scientific journal that SCOPUS review lists as in the top 9% of prestigious journals in the U.S. and in the top 6% of prestigious journals worldwide. He was invited to submit his work to the journal by one of the journal’s editors, who saw him present on his research at the American Chemical Society national meeting in early 2020.

Six Lipscomb students who have assisted Cavitt over the past few years are also referenced in the forthcoming paper.

“Hearing about his research, I was so interested,” said Junior Pooja Patel, an honors student and biochemistry major currently working with Cavitt who helped him aggregate much of the data for the iScience article.

“Anything bacteria-related is really applicable for today. Right now we are all very aware that bacteria growth is everywhere,” said Patel, who hopes to go to medical school after completing her undergraduate degree.

“Dr. Cavitt explains everything as you are going along, and he is very approachable for questions. We always work together to come up with solutions,” she said. “The laboratory skills that I got in this project are really going to help me in medical school, as well as having a strong relationship with a professor—someone you can always seek out to ask questions."

Battling bacteria in the lab

Most of the current anti-bacterial methods, such as the chemicals used today in common products like hand sanitizers and cleansers, work by threatening and killing the bacteria. But this method causes bacteria to resist and develop immunity over time, Cavitt said.

“Most bacteria live in a biofilm, which is like the film you feel on your teeth in the morning,” said Cavitt. “A biofilm is very protective. Once bacteria form a biofilm, it is very difficult to get rid of that bacteria. Our thought was, could we not prevent the biofilm from forming in the first place?”

Bacteria’s rising immunity is one reason hospitals have seen a rise of in-patient infections over the years, he said. Once fully researched and applied, this approach to bacterial reduction holds the potential to be used on various types of medical equipment and devices to vastly reduce infections in health care settings.

The iScience paper involves work Cavitt and Lipscomb students have performed over the past three years or so. The researchers measured how easily the five different bacteria—staph, E coli, P. aeruginosa (which forms biofilms much faster than most other bacteria) and each of the causative bacterium of typhoid and pneumonia—adhere to the surface of metal or glass that has been coated with the biofilm-resistant coatings.

The specific project published in iScience further explored the individual surface component that is most effective at inhibiting the bacterial attachment, Cavitt said.

“This article is taking years of bacterial testing and condensing it into one larger story,” Cavitt said of the forthcoming publication. “We have known that it does work, but up to this point, we hadn’t really been able to illustrate how it works. That is where this research is now distinguished: it explains the energetic reasons why bacteria don’t attach to some surfaces.”

“It’s like magnets. If you hold two like poles together, they repel. Our product acts as a repelling magnet. Bacteria are attracted to the surface, but the repulsion keeps them from attaching,” Cavitt said.

“The methodology we use for this project is unique, and we have been asked to publish the methodology as a research protocol, a step-by-step outline of how to do this particular analysis,” he said.

Cavitt, who holds a B.S. in chemistry and missions from Abilene Christian University and his Ph.D. in polymer science and engineering from The University of Southern Mississippi, came to Lipscomb from his alma mater Abilene, where he earned tenure and was awarded as the Undergraduate Research Mentor of the Year in 2014.

He didn’t change his ways at Lipscomb, almost immediately involving students in his research endeavors.

An internal Lipscomb summer grant allowed Cavitt to hire students in 2017 to help collect the data now presented in iScience and various students in the Langford-Yates summer fellowship program have contributed to the research efforts over the years.

“The project interested me because it was about biofilms, so it was a nice mix of chemistry and biology.  That is the fun thing about science: there is always something new to learn,” said Verena Ghebranious (’19), of Nolensville, Tennessee, who worked with Cavitt in 2017 and is now in medical school at Meharry Medical College. Although she was a biology major, she asked Cavitt about research opportunities after completing his freshman general chemistry course.

Cavitt was encouraging and supportive in developing his students’ knowledge of how academic research is written and scholarly presentation skills, inspiring his student assistants to make their own presentations at national academic conferences, said Ghebranious.

“It keeps you thinking,” she said of conducting research. “Every day we had to think through the problems and trouble-shoot. That was really enjoyable. It taught me the skill of being precise and accurate and analyzing the overall data, looking for outliers.” 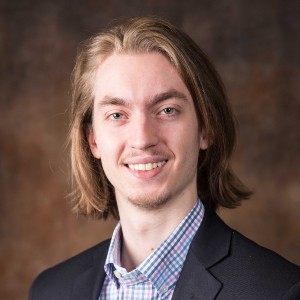 The opportunities to present the research at national conference, were among the most valuable benefits of working on the research project, said Spencer Oskin (’19), an honors graduate from Hendersonville, Tennessee, who is now attending East Tennessee State University’s medical school.

“I presented at the American Chemical Society National Meeting and the Southeastern Undergraduate Research Conference which helped me learn a lot about the professional scientific community. The experience was also a definite highlight in my medical school application,” he said.

“Creating a professional scientific presentation is much different than any presentation I had given in undergraduate classwork. That experience has helped me in medical school where these types of presentations are much more common,” he said.

The research goes on…

Cavitt is hoping to continue his research, with student assistants, this summer, hoping to look at the “specific proteins that cause the bacterial attachment and determine what their surface energies are,” he said. “So instead of looking at the entire bacteria, we can look at the individual bacteria component that is responsible for the attachment.”