Honors Bible course features author of the textbook as teacher.

Students don’t often get the chance to take a course taught by the guy who literally wrote the book on the topic. But Lipscomb Honors College students now have that opportunity in one of the required Bible courses taught by author Josh Strahan.

To fight a current trend within today’s younger generation to water down Christian faith into a more generic spirituality, Associate Professor Josh Strahan (’04) wrote The Basics of Christian Belief: Bible, Theology, and Life’s Big Questions, a book that has now been incorporated into the freshman Bible curriculum at Lipscomb. 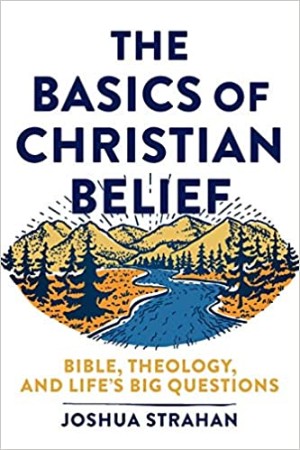 In the 2020-21 school year, Strahan himself used his book as the textbook for honors sections of the course the Story of Jesus, one of the three required courses on Christian Scripture in a Lipscomb degree.

Strahan says he offers more open class conversation among his honors students than in his other classes as they discuss the concepts in his book, which offers a counter-vision to the generic spirituality sociologists have called moralistic therapeutic deism.

“We have discussed what the crucifixion tells us about who God is. We have looked at the historical evidence for the resurrection. Students share what they find compelling, and they get a chance to challenge ideas, which is meaningful since the author is right there in the room,” said Strahan.

Having taught courses in freshman Bible and the New Testament at Lipscomb since 2011, Strahan sees the trend of moralistic therapeutic deism lived out in front of him each school year.

“This way of thinking takes ideas such as the priority of love or the hope of heaven from a Christian framework, but it doesn’t have the pillars that can support it—pillars such as the incarnation, crucifixion and resurrection of Jesus. It lacks substance. It’s rhetoric without reasoning. This can become especially apparent in times of crisis,” noted Strahan, “when one realizes that it offers no real basis for hope other than wishful thinking.

“But Christianity provides the framework to make sense of love and grace and mercy and peace and hope,” he said. “That’s part of the reason it’s so necessary to see what Christianity is doing.”

Throughout his ministry and graduate studies, Strahan has explored and written on subjects such as the interplay of science and faith, theological interpretation and understanding God’s will.

He received his bachelor's degree in Bible from Lipscomb University in 2004, his Master of Divinity degree from Abilene Christian University in 2008 and his Ph.D. in New Testament from Fuller Theological Seminary in 2011. He has also been awarded the Outstanding Teacher Award at Lipscomb. 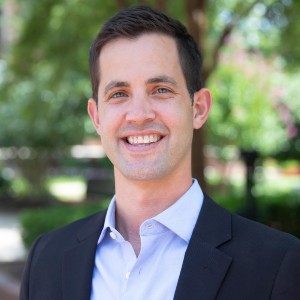 Strahan has worked in both campus and youth ministry in Tennessee and has noticed more students in his college classes and in Sunday school classes adhering to a generic spiritual worldview. Whether they have attended church their whole lives or not, students don’t always know the basics of Christianity, why those basics matter and, most importantly, what makes Christianity both distinct and beautiful, he said.

In The Basics of Christian Belief, Strahan sets out to explain in detail the significance of Christianity.

First, he reviews the Biblical story line (the Old Testament, the Gospels and the New Testament) to let readers know major players and events, as well as how they fit together. The second part of the book goes over the Apostles’ Creed, a confession of central ideas in the Christian faith that’s been around for centuries and is rooted in early church practice. The third part of the book is an explanation of how Christianity is doing something distinct among worldviews and religions.

“There is an assumption that is very much influenced by the dominant culture that all religions are basically the same,” said Strahan. “This book is a way of saying, no, in fact that is not true. While there may be some overlapping beliefs and morals, Christianity is offering a unique perspective on life—a distinct set of answers to questions about who God is, what it means to be human, how to live wisely and what happens after we die.”

One of the threads that runs through the book is “life’s big questions.” Strahan says exploring these questions is a great way to show comparison among worldviews. For example, Is there a God? Do we have a soul? What is the purpose of life? What happens after death? Is there a right and wrong, and how do we determine what those are?

Those big questions that everyone has to deal with crop up throughout the book and provide points of comparison. Strahan uses these as a way to illustrate what is beautiful about Christianity.

“I think when we slow down, when we’re not distracted by the busyness of life and the pull of smart phones and social media, we know those big questions really matter,” he said.