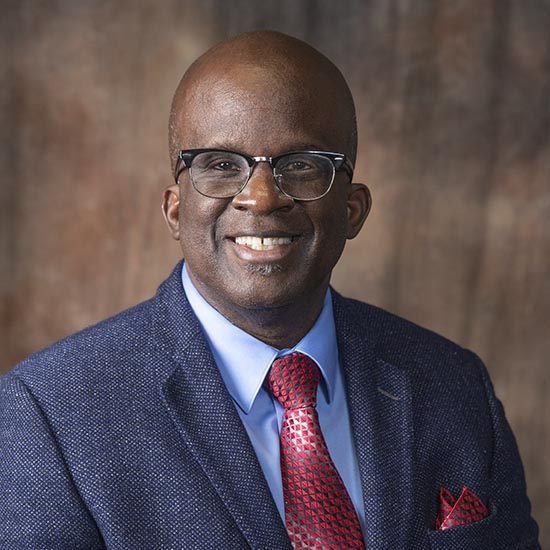 Dr. David Holmes is a native of Los Angeles. He taught at Pepperdine University, Seaver College for over 25 years and was the first African American to receive tenure (2003) and the rank of Full Professor (2008) in the Humanities Division. David also led in several administrative roles, including as Associate Dean for Curriculum and General Education.  During his time at Seaver College, Professor Holmes was invited to two distinguished academic posts: as Visiting Associate Professor of Rhetoric and Composition at Arizona State University (2008) and the Langston Hughes Visiting Professor at the University of Kansas (2013).

Dr. Holmes has been invited to present at dozens of national conferences and has served as a referee for prestigious academic journals and book publishers as well as an academic program reviewer for universities.