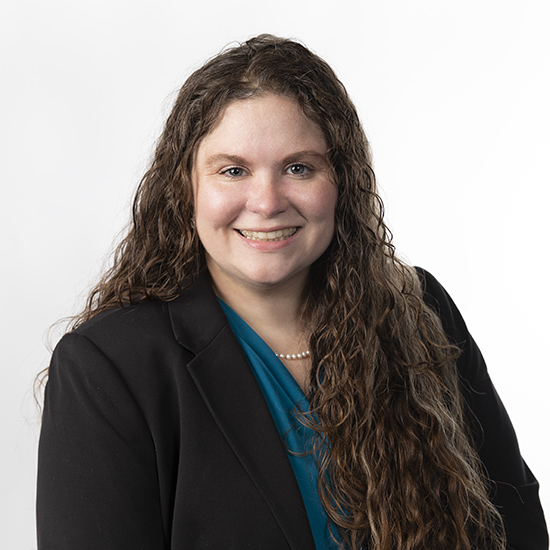 Associate Professor and Director of the Biomolecular Science

Bonny Millimaki is an associate professor of Biology in the College of Liberal Arts and Sciences. She received her Bachelor of Science in Biology from Middle Tennessee State University in 2003. Millimaki continued her education at Texas A&M University where she studied the genes involved in the development of auditory sensory cells within the inner ear. Millimaki was awarded her Doctorate of Philosophy (Ph.D.) in Genetics in 2010.

Millimaki joined the biology department in 2011 and has since taught a number of undergraduate courses including introductory microbiology, developmental genetics and neurobiology. Millimaki has also helped to develop and teach a number of courses within the biomolecular sciences (BMS) masters program, including cellular molecular physiology, stem cell biology, and ethics in research and biotechnology. Millimaki's hard work within the classroom was recognized in 2016 when she was named an outstanding teaching. Additionally, Millimaki mentors between 6-10 students each year in independent research projects focusing on understanding neural development and the neurotoxic impact of a number of common chemicals. Her students regularly present their findings at regional and university meetings. Millimaki is also happy to serve as the faculty sponsor for Lipscomb University's chapter of TriBeta, the national honors society of biology.