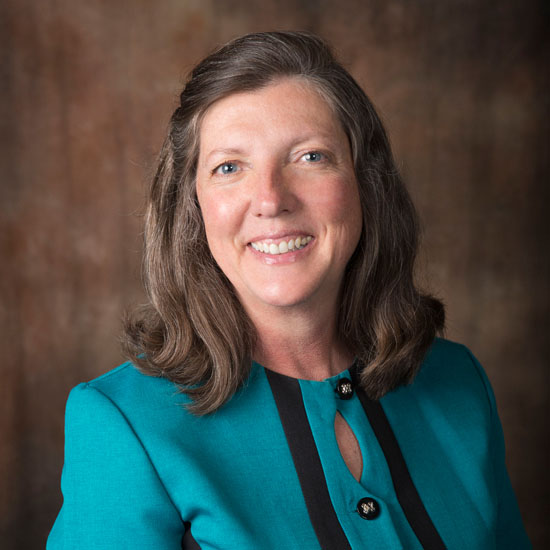 Following her graduation with a B.A. in Vocal Performance and Music Education from Pepperdine University (1978), Jean Miller began teaching voice part-time at Lipscomb in the fall of 1979. She taught class voice at Illinois State University from 1981 to 1982 while completing her Master of Music degree in Vocal Performance (1982). Returning to Lipscomb that fall, Miller resumed teaching voice as an adjunct and has continued in that role to the present.

Along with her husband, Mark, who teaches in the Department of Mathematics, Miller has home schooled all five of her children. In 1995, she founded The Nashville Notes, a concert band for home educated students in the midstate region, which she directed for 13 years. Members of the band have successfully auditioned for seats in the Mid-state and All-state Bands and for music scholarships at area universities, including Lipscomb and Belmont.

Other than voice, Miller's primary instrument is flute. Her community involvement includes singing in the Woodmont Family of God Choir, performing in and directing musicals at the Antioch Church of Christ, and directing an annual musical at the Teen Learning Center, a homeschool cooperative. Miller sings soprano in the Nashville Early Music Ensemble. At Lipscomb, she has taught Opera Workshop and been the music director for the Theatre Department’s production of Joseph and the Amazing Technicolor Dreamcoat.

Miller has appeared several times on the Faculty and Friends Concert Series at Lipscomb. Other performances and awards include the role of Amahl in Amahl and the Night Visitors while at Pepperdine and a second-place finish in the NATS competition in the Advanced Division in 1980. Her teachers have included Violet McMahon Mesrop, Mary Jo Mihalek-Liptak, and Marion Cawood.