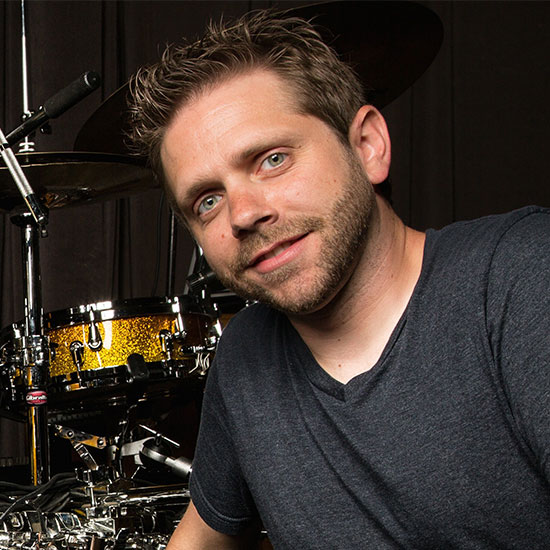 Originally from Teutopolis, Illinois, Gregg Lohman moved to Nashville in 2000 after completing his Bachelor’s degree (Eastern Illinois University) and Master’s degree (University of Tennessee, Knoxville). In 2003, he began playing with country artist Aaron Tippin where he spent three and a half years touring throughout the United States including a USO tour to Kuwait and Afghanistan.

For the next 10 years, Lohman played drums and was musical director for 2006 American Idol finalist and 2013 “Dancing With The Stars” winner, Kellie Pickler. While with Kellie, he performed on numerous television shows and toured worldwide. He currently plays with country artist, Easton Corbin. Easton has two #1 hits on country radio and other top 5 hits throughout his career. Additionally, Lohman maintains a busy playing schedule in Nashville both live and in the studio, which includes playing on Brandy Clark’s Grammy nominated “12 Stories” album.