For some students, nothing will stand in their way of completing their educational goals.

"I'm dedicated to my class and will be there Friday."

Most graduate students are committed to their studies. However, Kristen Carr's situation was different from her classmates, which was why her statement mattered.

Carr started her journey with Lipscomb in fall 2018 as a student in the Master of Management Health Care program, housed in the College of Business. This program is delivered via a hybrid model, providing content online, and also one weekend a month over four semesters.

Carr's background as a health administrator for a local physical therapy company gave her powerful knowledge in the health care industry. Her experience also included a degree from Middle Tennessee State University in exercise science, but she had higher aspirations. 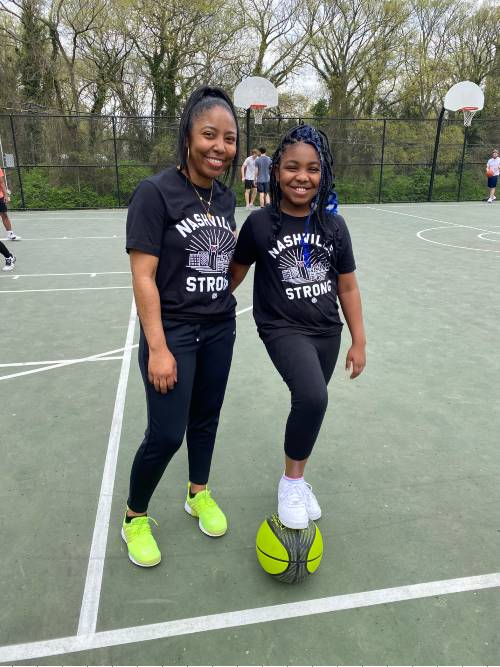 Her home was hit with an EF-3 tornado in the early hours on March 3 on the Tuesday before her weekend class was scheduled to meet. Carr and her 10-year-old daughter, Nyelle, were evacuated with only the clothes on their backs. According to the National Weather Service, on that day a line of tornados rolled through downtown Nashville, with winds of between 50-70 mph. The devastation could be seen and felt by many Nashvillians the next day. Thankfully Carr and her daughter were able to escape unharmed.

Carr contacted Donita Brown, Lipscomb’s director of health care graduate programs in the College of Business, to let her know she would still be in class despite the damage to her home.

When asked what the College of Business could do for Carr, her response was "it's too dangerous for anyone to go help right now, the area isn't safe." But in the same email Carr  said, "I'm dedicated to my class and will be there Friday."

Two days later, Carr was told her home was a total loss, and the home she had made for 10 years was to be condemned. She had less than 24 hours to get her belongings before the demolition began.

The College of Business quickly organized a team to help Carr move what she could from her home into a storage unit. With less than 12 hours of notice, eight faculty and staff members helped Carr load her belongings into cars, trucks and vans before class began at 4 p.m. that evening. Carr came to class Friday, engaged and ready to finish her semester strong before graduation. 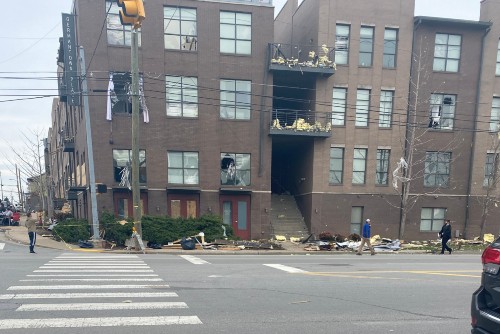 Carr's home was hit by an EF-3 tornado in the early hours of March 3.

Shortly after the tornado claimed her home, Carr was shaken again. Two weeks after moving to a temporary place to live, she found herself moving once more. The hotel where she was living was set to close to due to COVID-19. She and her daughter moved to other temporary housing with another two weeks of waiting before her new apartment was ready for habitation.

Shortly after moving into her new temporary living structure, Carr was furloughed from her job. The physical therapy company, where she had worked for 12 years, was cutting staff amidst the COVID-19 pandemic.

“Never once did Kristen not complete an assignment on time or appear unengaged in class,” said Brown. “Her tenacity, resilience and thirst to finish her studies strong was a reminder to her classmates of finishing the semester with steadfast grace.”

On May 2,  Carr officially received her degree in a way appropriate to the unique time in the world — via a virtual ceremony and a package in the mail. But more than that, she will celebrate crossing the finish line to complete her goal despite the obstacles along the way.

The Master of Management in Health Care degree is offered in online and on-campus formats and prepares leaders for the health care field. Learn more at www.lipscomb.edu/academics/programs/management-health-care.