Fred D. Gray shares reflections on Congressman John Lewis who was lifelong friend and featured guest at Lipscomb event in 2017

Lipscomb University’s Fred D. Gray Institute for Law, Justice & Society, housed in the College of Leadership & Public Service, recognizes the impact that young people can have on society as it brings together individuals who have impacted society in the past to share their experiences with the next generation of students who will play key roles in their communities in the future.

Congressman John Lewis, U.S. representative for Georgia’s 5th Congressional District, was one of the leaders who has shared his life experiences with students through the Fred D. Gray Institute in recent years. Lewis died July 17 at the age of 80 after a six-month battle with pancreatic cancer.

Lewis and famed civil rights attorney Fred D. Gray, for whom Lipscomb’s institute is named, shared their experiences in a student forum in Stowe Hall on the afternoon of Dec. 4, 2017. Lewis, who joined the forum via Skype from his office in Washington, D.C., and Gray, discussed the Nashville sit-ins and their experiences during the Civil Rights Movement. Later in the evening, the Fred D. Gray Institute hosted a special gathering in Nashville’s Woolworth on 5th event venue, which restored the Woolworth Building, site of lunch counter sit-ins in the 1960s. 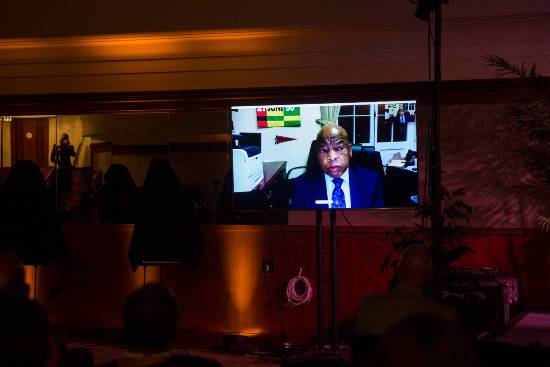 Congressman John Lewis shared his experiences and message via Skype due to a pending vote on Capitol Hill that kept him from traveling to Nashville.

On Feb. 13, 1960, students, including Lewis, from Fisk University, American Baptist Theological University and Tennessee State University entered Kress, Woolworth and McClellan stores at 12:40 p.m. After making purchases, the students sat at the lunch counters. Two hours later, the owners closed the counters without serving any of the students. According to media accounts at the time, store owners claimed that it was a “moral right” to decide whom they would or would not serve. During the next three months the sit-ins continued, not only at the three stores initially targeted but also at the Greyhound and Trailways bus terminals, a Grant’s retail store, a Walgreens drugstore and major Nashville department stores Cain-Sloan and Harveys.

“I appreciate the hard work of Fred Gray,” Lewis, who was arrested during the lunch counter protests, told the students during the forum. “He is such a humble and honorable human being. Through his work and through his persistence for a non-violent revolution, he used the law as a tactic to change and influence people around the world. He inspires all of us to do what we can in a lawful, peaceful, non-violent fashion.”

Gray represented Lewis when he was arrested during the Nashville sit-ins. He was also Martin Luther King Jr.’s first civil rights attorney and has a legal career that now spans over 62 years and who has been at the forefront of changing the social fabric of America through desegregation and constitutional law cases.

At the event, Lewis said Gray had a great influence on him.

“What I did, I tried to do in a peaceful, loving and non-violent fashion in keeping with the teachings of Jesus,” Lewis recalled. “But when things happened, it was Fred Gray who defended us. He had a great sense of faith that he instilled in all of us. He taught us that when you see something and it’s not right, not fair, not just – to speak up. And sometimes by saying something or speaking up, you’ll get into trouble. But your faith will see you through.”

This week, Gray shared his personal reflections and tribute to Lewis with David Fleer, Lipscomb professor and director of the Thomas H. Olbricht Christian Scholars' Conference. We share the reflection of Fred D. Gray below.

The nation has lost a Super-Giant and Super Icon in the Civil Rights Movement with the passing of Congressman John R. Lewis of Georgia, who was born and reared in Pike County, Alabama. I met John Lewis when he was a teenager living with his parents. He had read about the Montgomery Bus Boycott which was led by Dr. Martin Luther King Jr. in 1955-56. 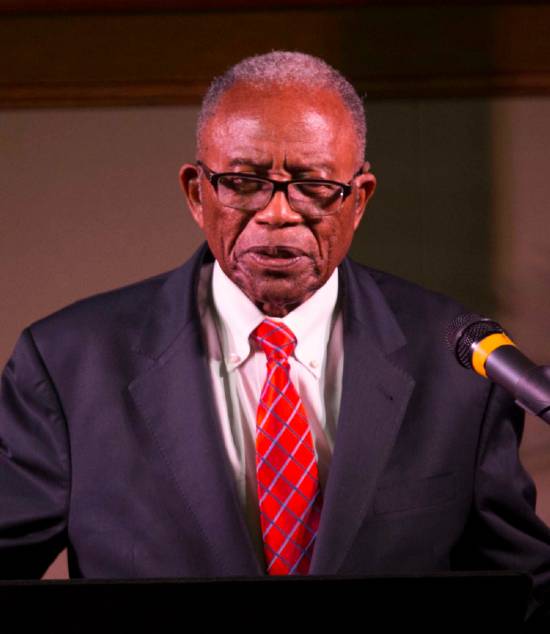 In 1958, he wanted to attend Troy State College in Troy, Alabama, when only white persons attended that college. At that time all the public educational institutions in Alabama were segregated. He wrote to Dr. King asking him to help.

Dr. King sent John a round-trip Greyhound Bus ticket from Troy, Alabama to Montgomery. Dr. King contacted me, advised me of his desires and asked me to meet John Lewis at the bus station in Montgomery and bring him to a meeting at Rev. Abernathy’s First Baptist Church in Montgomery. I did.

After introducing John to Dr. King and Rev. Abernathy, we discussed John’s desires. The conclusion was reached that Dr. King would recommend to the Montgomery Improvement Association in assisting him. Since John was a minor his parents would have to file the suit on his behalf. The meeting ended with John returning home to discuss the matter with his parents. Unfortunately, he was told by his parents that it would put too much pressure on them if he attempted to integrate Troy State College. John never filed such a suit.

The fire inside John to do something about segregation continued to burn. He enrolled in the American Baptist Theological Seminary and Fisk University in Nashville, TN. Years later, in 1961, he led a delegation of young people, Freedom Riders, from the Nashville area to complete a journey that began in Washington, DC, testing transportation on buses and in bus stations. They arrived in Montgomery only to be beaten – at the same bus station where I met him three years earlier. I filed a suit, John Lewis, et al v. Greyhound Corporation, on behalf of those young people. It resulted in desegregating the buses and facilities throughout the country.

John Lewis was instrumental in organizing, and was the youngest speaker at the March on Washington, from which came delivery of Dr. King’s notable “I Have A Dream” speech. He continued to be involved in civil rights activities across the nation, and was one of the leaders in the Selma-to-Montgomery March in 1965.

When he and the marchers were beaten back on Bloody Sunday they called and retained me to file the lawsuit the next day, Hosea Williams, John Lewis, Amelia Boynton v. Governor George C. Wallace. It resulted in accomplishment of the Selma-to-Montgomery March, and ultimately the passage of the Voting Rights Act of 1965.

He was truly one of the great leaders of what became known as the modern Civil Rights Movement. My last personal appearance with him in public was at the Library of Congress on December 4, 2019, when the Library unveiled the papers and documents belonging to my client Rosa Parks. The two of us were participants in that unveiling ceremony.

John Lewis devoted all his adult life to obtaining equal rights and equal justice for all American citizens. It had a rippling effect across the nation and around the world.

My last conversation with him was on July 8, 2020. He called and we had a good, long discussion as his strength permitted. We recalled our first meeting, the detailed work he had done during his adult life and the work I did as the first civil rights lawyer he met. Ending that conversation I asked him if he had anything, any matters he wanted me to continue to do. He told me, “Brother, Keep going. Keep pushing. Set the record straight.” I promised him I would do that.

We closed the conversation with a prayer in which I prayed for him and for us that we may continue the work he had done for so long and to “Keep pushing. Keep going. Set the record straight.” That is John Lewis’ message to us.

Best wishes are extended to his family. May the Lord continue to help us until all God’s children in this country are truly free and there is equal justice for all.