The Common Good in the Time of COVID-19: In Praise of Public Servants

Linda Peek Schacht, former fellow at Harvard’s Center for Public Leadership, led Lipscomb’s Andrews Institute for Civic Leadership 2010-2015. This is the the latest in a series of blogs by Schacht on the importance of leadership and common good today.

In Praise of Public Servants-Part One

When I was a young White House staffer in the late 1970’s, President Carter instituted regular Saturday morning briefings for the top civil servants in each department and staff from the White House and Cabinet.  The purpose was to acknowledge the work of these public servants who had devoted their lives to the public sector, becoming experts in their fields; to hear and learn from them; and to include them in a discussion of the goals of the administration, including the Civil Service Reform Act of 1978.

My job was to represent the White House press operation.  I’m sure I got tapped to do this because White House press secretary Jody Powell hated early morning meetings as much as I did, but it gave me a great education and respect for the people who actually do make the government run-and why we should be glad they do.

These were people who had chosen government, taking lower salaries than they could command in the private sector, to master the workings of departments that did things Americans take for granted:  deliver social security checks on time, manage Medicare, protect our food supply, insure clean air, clean water, and safe drugs and support fair and just application of the law. Those are just a few of the ways public servants make America work, through every administration, no matter the party. 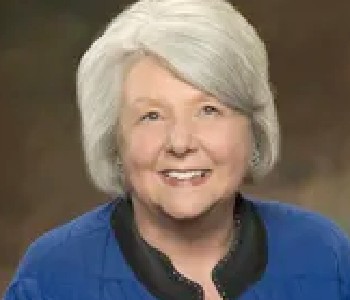 The last few months have reminded me of those Saturday morning meetings. We have seen public servants out front more than we normally do-- at the federal, state and local level. Public trust in them is high during the pandemic. That’s a good sign because the role of public servants and how they serve the country is important for everyone to understand and appreciate, from our highest officials to the citizens who benefit. Their loyalty is to country, not party, as stated in the oath they took when joining government.

We pay special honor to public servants the first week in May every year. On May 3, President Trump signed a proclamation for Public Service Recognition Week.  It began:

“… we pay tribute to our Federal, State, and local government employees for their unwavering dedication to civil service.  On the front lines in times of prosperity and adversity alike, our world-class workforce remains ready and willing to serve their fellow Americans.  At all levels of government, our civilian personnel have made our Nation stronger and more prosperous.”  https://www.whitehouse.gov/presidential-actions/proclamation-public-service-recognition-week-2020/

Wise and successful presidents use public servants as valuable resources for themselves and for the political appointees they nominate to Cabinet positions. Brookings scholar Elaine Kamarck encourages new presidents to first understand the vast government they have been elected to oversee, and urges them to bring in long-time public servants to ask the question “What do I need to worry about? What is the biggest risk to America in your department?”  Their answers can help a President anticipate challenges, take opportunities, and be successful.

For half a century, there has been ongoing bipartisan federal support for encouraging and supporting such public service at every level of government.

The ability for public servants to act and answer honestly and faithful to the facts, when asked for advice, was considered so crucial that Congress passed several laws, signed by presidents of both parties, to create inspectors general across departments to protect the integrity of service, including protection for whistleblowers who see that integrity at risk.

The Public Service Loan Forgiveness Program was established under President George W. Bush with strong bipartisan support.   In 2017 there was a White House effort to roll back the PSLF, just as the first public servants were to benefit from this popular program giving student loan forgiveness to teachers, policemen, firefighters and state, local and federal government workers who are willing to spend at least 10 years in those public service fields. Their public service salaries were less than they would make in the private sector, but If they make regular on time payments for a decade, they get the remainder of their loans forgiven. The effort to roll back the program failed, but a complete repeal is back again in the Administration’s 2021 budget proposal. It is expected to fail with strong bipartisan opposition.

Citizens may be more familiar with public servants at the local and state level. The President and Congress are currently debating whether to send funding to all states and cities as part of the COVID19 federal relief effort.  Without that aid, those public servants-- firefighters, policemen, teachers, state and city government employees who are paid by state and local budgets-- are at risk as those budgets are severely affected by COVID-19, both in loss of revenue and the cost of protecting public health.

At the state level, Governors rightly have the highest government trust numbers in the pandemic. I’ve experienced first-hand the talent and dedication of state government leaders meeting the dual challenges of the pandemic: protecting public health and the economic recovery. This reflects what states are facing as they take on the tasks- and expense- of testing and tracking COVID, securing PPE, bolstering and reopening the economy and supporting strained public health and unemployment systems.

For local examples, look at parents forced into home schooling in the pandemic who appreciate teachers more. Or to recent widespread power outages in Nashville from the high winds, in the middle of the pandemic, when public utility workers toiled tirelessly to restore power, even as citizens expressed outrage.  As Joni Mitchell sang “You don’t know what you’ve got ‘til it’s gone."

As Tennessee’s Sycamore Institute confirms in their latest report, https://www.sycamoreinstitutetn.org/how-state-shapes-local-government/ state and local public services are intertwined, making the proposed federal COVID-19 relief aid even more important. If as Marion Wright Edelman once said “The budget is a moral document” showing what a country values, then the same holds true for the distribution of federal COVID-19 aid.

In Praise of Public Servants-Part Two

The importance of public health officials in COVID-19

“…Our public health experts, who always play an integral role in protecting the health and wellbeing of our people, have provided critical and timely guidance to Americans on how to stay healthy and prevent the spread of the coronavirus.”

Those public health officials are at the center of #PassTheMic initiative where celebrities will turn over their social media accounts to health experts to share facts and promote a science-driven approach to fighting COVID-19 pandemic. The program is the brainchild of Lipscomb University civic leadership graduate Abby Sasser, who works for the global nonprofit ONE Campaign.  Julia Roberts kicked off the project on May 21 by interviewing Dr. Anthony Fauci.

Senator Rand Paul challenged Dr. Fauci on May 13 in a remote hearing when the lifelong public servant once again gave answers as a medical and public health professional. “Dr. Fauci, you are not the be all and end all of the COVID-19 response….” to which Dr. Fauci said “I never said I was…”  and that is correct. He did what he has done for forty years for every President since Reagan.  He is giving advice based on his expertise, experience, and yes, what Aristotle called practical wisdom—doing the right thing at the right time for the right reason. His job is to advise on the public health of Americans and how to protect it.  President George W. Bush awarded him the highest civilian award, the Medal of Freedom in 2008 with these words:

“As a physician, medical researcher, author, and public servant, Dr. Anthony Fauci has dedicated his life to expanding the horizons of human knowledge and making progress toward groundbreaking cures for diseases…  The United States honors Anthony Fauci for his commitment to enabling men, women, and children to live longer, healthier lives.” https://georgewbush-whitehouse.archives.gov/news/releases/2008/06/20080619-9.html

A decade earlier, when asked to name a hero in a presidential debate George H. W. Bush named Fauci for his work on AIDs. That role put him in conflict with a Reagan White House which, however reluctantly, eventually listened.

With his advice, presidents of both parties managed SARS, Ebola, and mounted global efforts against AIDS.  In the process, Dr. Fauci has often been a target from activists who don’t like inconvenient truths, but nothing like the threats we see today.

Polls and popularity don’t matter to public servants the way they do to elected officials. Science matters, lives matter. Dr. Fauci and others answer questions and give advice. His commitment is to the truth and facts as he knows them at the time.  And he will admit when the science reveals new facts and his advice is updated.

One more thing is key to how he answered Senator Paul: He stays in his lane. He doesn’t try to give economic advice to economists, although some seem completely comfortable giving unfounded medical advice to him. We need more like him. And thankfully we have them, guiding administration after administration through good times and bad.  Using facts, expertise, and practical wisdom in the service of the public good.  That is their highest value.

Those federal public servants in the Saturday morning meetings so long ago taught me what service to country means. To them and to the federal, state and local public servants who continue to stay the course and keep serving, even while under attack, thank you.  Please don’t stop speaking truth to power—and to us the American people.