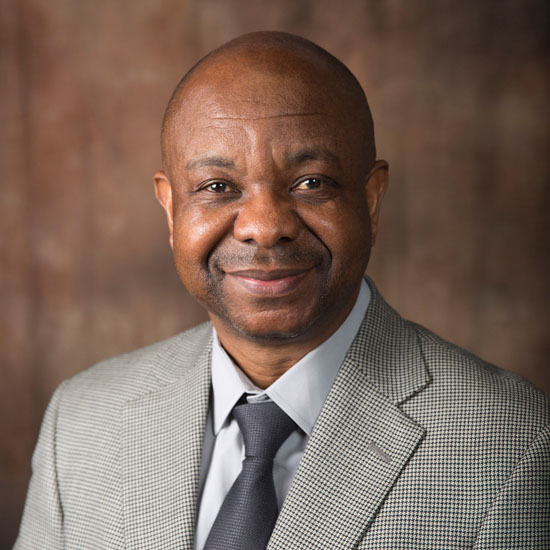 Fortune Mhlanga is dean of the College of Computing and Technology. Previously, he was professor of computer science in the School of Information Technology and Computing (SITC) at Abilene Christian University (ACU) from August 2007 to July 2011. He also served as director of the SITC during his last year at ACU. Prior to joining ACU, he was professor and chair of computer science at Faulkner University, having moved there in 2002 from the Scientific and Industrial Research and Development Centre (SIRDC) in Harare, Zimbabwe where he served as Director of the Informatics and Electronics Institute (IEI) from 1997 to 2002. He was a senior lecturer in the Computer Science department at the University of Zimbabwe from 1993 to 1994, and subsequently senior lecturer and chair in the same department until December 1997. While at SIRDC, Mhlanga represented Zimbabwe at international level on many forums related to information and communication technologies (ICT) for development. He earned his B.S. degree in computer science from Harding University in 1984, and his M.S. and Ph.D. degrees in computer science from New Jersey Institute of Technology (NJIT) in 1989 and 1993, respectively. His applied research interests include ICT capacity and utilization in developing countries, knowledge economy (and society) strategies for development, ICT in the framework of entrepreneurial and economic development, ICT policy and regulation for developing countries, creative economy strategies for development, and conceptual models of collaborative industry-academic partnerships. His pure research interests are in the areas of database management systems, algorithms, query algebras, software engineering, modeling and simulation, and big data management and analytics. In June 2017, he visited Ebonyi State University in Nigeria as a Carnegie Fellow., focused on capacity training in algorithms and theory of computation, curriculum co-development, research, and mentoring of graduate students.