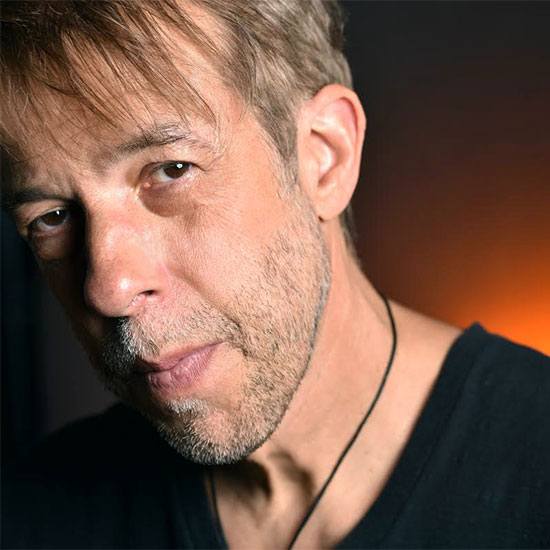 Denny Jiosa is recognized and respected worldwide as one of the most dynamic and soulful guitarists on the scene today.

Jiosa has always pushed the envelope stylistically, swirling in the style of smooth Wes Montgomery inspired playing; to soaring Santana-esc solos; to Jeff Beck technical prowess. On his seventh release, JIOSA On The Edge, he demonstrates

high energy instrumental rock that received rave reviews and featured Jiosa on vocals on the dynamic rock ballad "Afraid of The Dark".

dynamic horns, and alluring vocals. He is best known for his six smooth jazz projects, all garnering

Top 5, and 10 positions on the smooth jazz charts, as well as delivering his

Number 1 hit single "Wounded Warriors" in the UK in 2014 and number one on his current single, “Missing You” on WSJR, MD.

He is equally at home in the studio as a renowned producer and engineer. With four Grammy nominations to his credit, his production skills range from Americana, rock, blues, latin, and jazz, and he has worked with artists such as gospel sensation Yolanda Adams, Master guitarist Phil Keaggy, the late Bobby Hebb (Sunny), Saxophonist Kirk Whalum, Drummer Chester Thompson (Genesis, Santana), Country star Crystal Gayle, Phillip Baily, Ronnie Laws, and Take 6.

Denny Jiosa and his band deliver enough energy to power a fleet of rockets. It's a fuel that burns full-throttle, ignited by the heat of the soulful voice of his guitars and the power and passion of his performance. Jiosa is a master at twisting meticulous melodies and soulful ambiance from the guitar, bringing the audience to their feet one minute, and to heartfelt tears the next. His exciting live show is dynamic, compelling , entertaining, and filled with great musical dialogue among the world class players that perform with him. It is truly a night not to be missed!