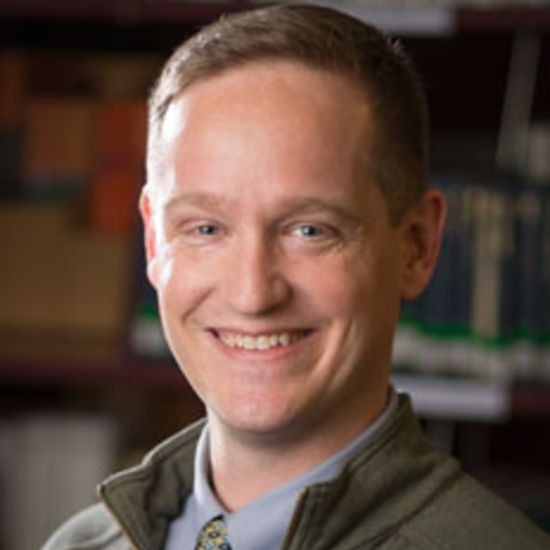 Todd Hall is the director of the David Worley Library and an Assistant Professor at Austin Graduate School of Theology.

Todd entered full-time ministry in the Spring of 1995 at the Mainland Church of Christ in Texas City, Texas. In 1996, he moved to Irving, Texas to pursue a certificate in Biblical Studies from the Center for Christian Education, still fully intending to stay in full time ministry. In the Fall of 1997, however, Todd developed a passion for academic study which has remained with him throughout his working life. It became clear to him that he should carry out his vocation in seminary work.

In 1998, Todd married Jennifer Lynn Oldaker, and both began attending Austin Grad. Almost two years later their daughter, Madison was born. Eight weeks to the day after Madison’s birth, Jennifer succumbed to an infection and went to be with her Lord in June of 2000. The professors and staff at Austin Grad were important parts of the journey through grief. It was a natural fit for him to join them in his Christian vocation. In November of 2016, Todd married Cara Holt, who has made him whole and brought him renewed joy.

Todd, Cara, and Madison live in San Marcos, Texas and attend the Holland Street Church of Christ. Todd and Cara are runners, having run several half marathons over the past several years (to be fair, Cara has run more). In addition, Todd thoroughly enjoys reliving high school vicariously through Madison, who, with Cara, remains his favorite thing in the world, and who provides him an excellent example of living the Christian faith.