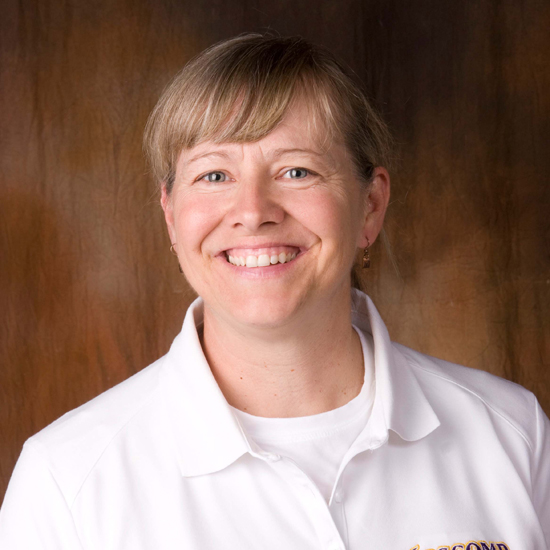 Ezell is an instructor in the kinesiology program. She was raised in Cincinnati, Ohio and attended Lipscomb from 1978-1983. While at Lipscomb, she was a member of the Lady Bisons, and played one year under coach Hodgson and one year under coach Bennett. She also played three years on the tennis team. After graduation, she taught and coached at Nashville Christian for two years then came to Lipscomb in the fall of 1986 to be assistant basketball coach and teach in the physical education department. For fourteen years, Ezell served the university as an assistant coach, working along side of Head Coach Frank Bennett. During her tenure, the Lady Bison basketball teams were very successful including participating in three straight Final Fours. Beginning in the Fall, 2000, she retired from coaching and has assumed a full time teach position in the kinesiology department. In 1990, she received the M.A. Ed from Tennessee State University.

Ezell teaches general activity courses, backpacking, Healthful Living, First Aid, and Foundations in Kinesiology. She has taught Lifetime Fitness at the Tennessee Prison for Women in the LIFE program. Ezell is married to Gil Ezell. She enjoys spending time traveling, scuba diving, cooking, and riding her bike back and forth to school.