Our coaches are committed to not only preparing our athletes for competition but also teaching life lessons of discipline, perseverance, sportsmanship and other skills with Christ as the focus. 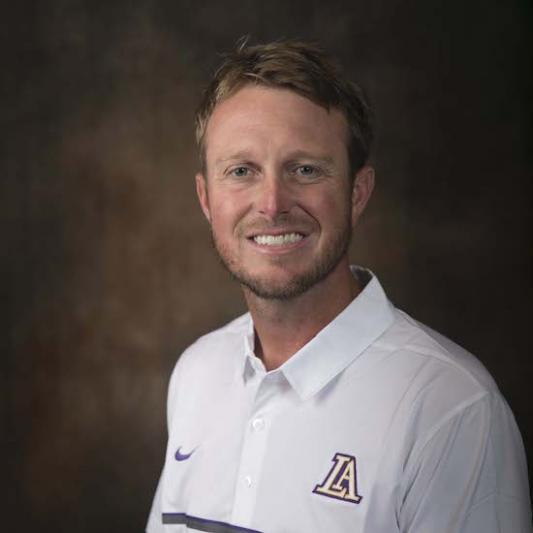 Brad Coon was named head baseball coach and director of player development for Lipscomb Academy in November 2018. Prior to joining the coaching staff of the academy, Coon was drafted by the Los Angeles Angels in 2005 and continued to play eight seasons of professional baseball with four different organizations: Los Angeles Angels, Washington Nationals, Los Angeles Dodgers and Tampa Bay Rays. He was also the assistant baseball coach for Lipscomb University, a Division 1 Atlantic Sun Conference team. After growing up in Cleveland, Ohio, God lead him to Nashville where he attended Trevecca University and met his wife Candice. They have 2 young girls that attend Lipscomb Academy. 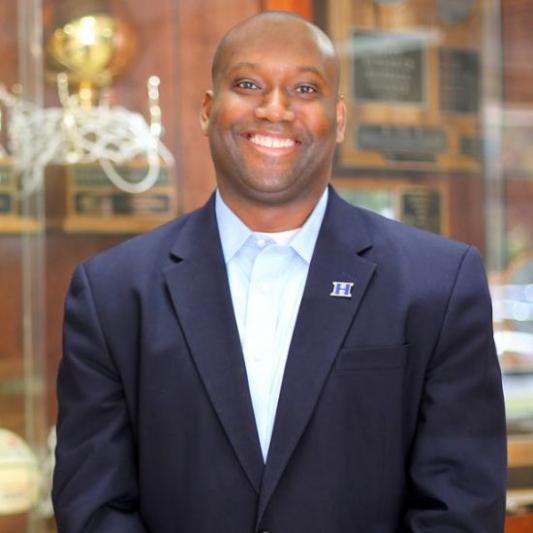 For the past 20 seasons as head coach, Kevin Starks' teams have reached the playoffs 19 times. He played for Abilene Christian University before coaching varsity at Dallas Christian and Fort Worth Chrisitan High School, both in Texas, and Harding Academy in Memphis. During his 15 years at Harding Academy, he coached his team to eight semi-finals and four state championship games, winning titles in 2008, 2009 and 2016 and was runner-up in 2015. Starks was awarded TSSAA Tennessee Coach of the Year (2016) and twice was named Memphis MOST Favorite: Best Sports Coach (2016 and 2017). Additionally, he was named Basketball Coaches Association of Tennessee (BCAT) Coach of the Year (2008 and 2012). Furthermore, Starks served as associate head of school and director of athletics at Harding Academy. Because of his talent, work ethic and commitment to the advancement of all 16 sports at Harding, he received the TSSAA A.F. Bridges Athletic Director of the Year designation (2013-2014). 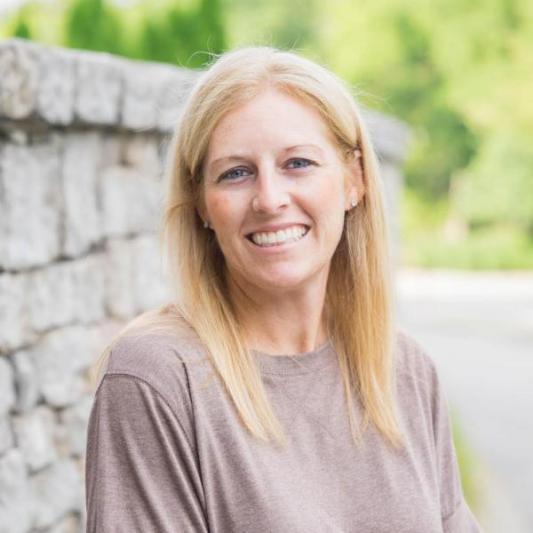 Becky Starks played NCAA Division I basketball at Ole Miss, was the all-time three-point leader and earned both bachelor’s and master’s degrees from there. While a graduate student at Ole Miss, she was an assistant basketball coach. Upon graduation, Starks returned to Tennessee to coach and teach and spent 12 years total (2003-2005, 2009-2019) at Harding Academy in Memphis where she was instrumental in creating a strength and conditioning program for female student-athletes. Under her leadership as head basketball coach, Harding won the TSSAA Division II Class A state championship (2010) and eight district championships. Additionally, Starks served as the assistant women’s basketball coach at the University of Tennessee at Chattanooga, as well as head basketball coach at Hutchison School in Memphis, and most recently, she served as an assistant basketball coach at Grace Christian Academy in Franklin. 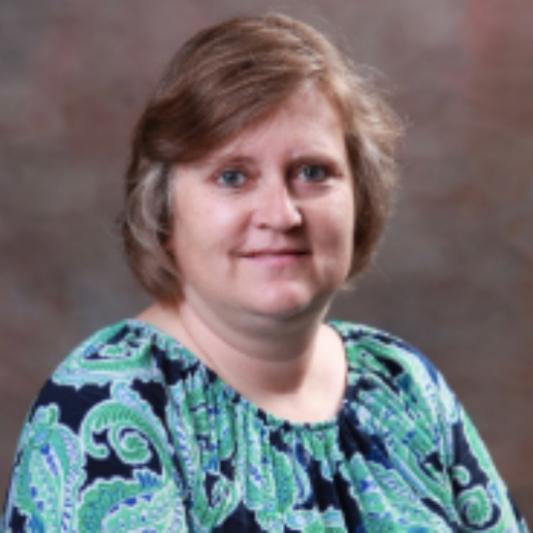 Diana Benson was raised in Boyd, Texas and attended Harding University, where she graduated with a BS in Psychology. Following that, she received her Masters in Guidance and Counseling from Tennessee State University. Benson is in her eighth season of coaching the Varsity Boys and Girls Bowling Team and Middle School Bowling Team at Lipscomb Academy. For the 2019-20 season, Benson was named All Mid-State Girls Bowling Coach of the Year. In addition to coaching, she also works in the high school office as the administrative assistant for the Head of the Upper School. 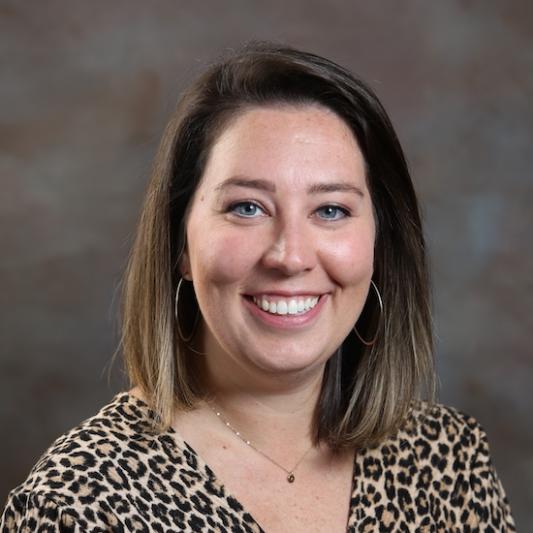 Miranda Giles is starting her seventh year as varsity head basketball cheer coach and eighth year as a high school Spanish teacher. A graduate of Lipscomb University, Giles received her bachelor’s in Spanish Education and master’s in Technology Education. She is passionate about creating a squad of confident and compassionate women to lead not only through athletics but spiritually and academically as well. 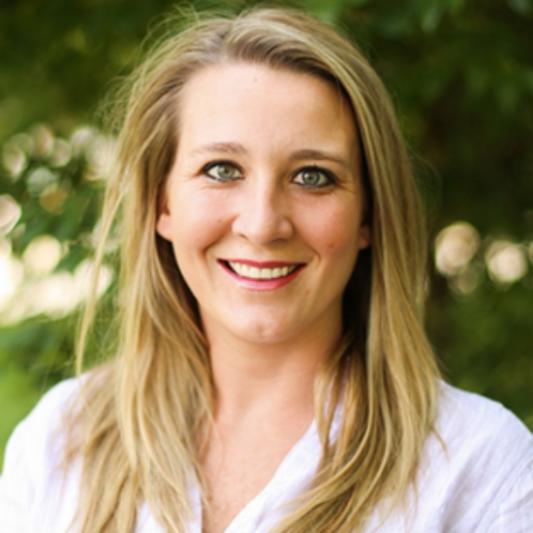 Anna Claire is a graduate of both Lipscomb Academy and Lipscomb University (Bachelor of Science in elementary education). She began cheering in fourth grade and continued throughout college. She has coached cheer and competitive programs at Ensworth, Brentwood Academy and Centennial High School in Franklin. While coaching at Centennial, the Junior Varsity squad received fifth at nationals, and the Varsity squad received second. 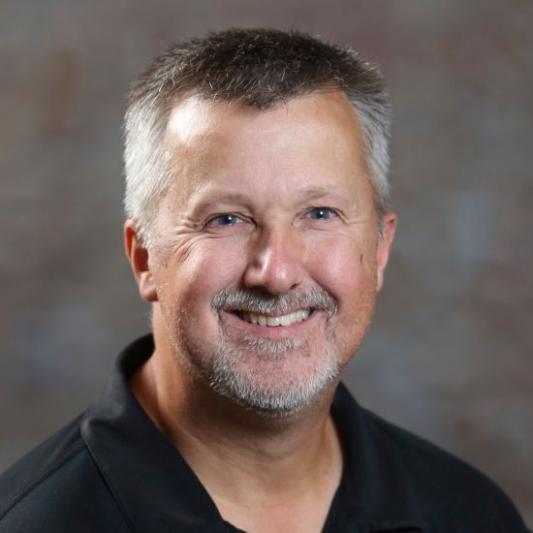 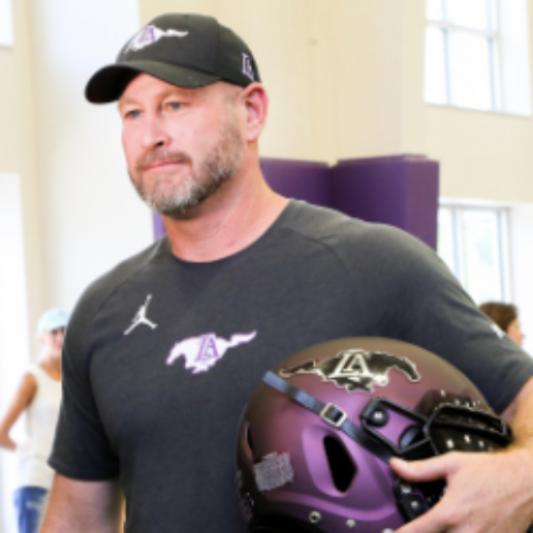 Coach Dilfer joined Lipscomb Academy as the head football coach in January of 2019. Prior to coming to Lipscomb, Trent was a Super Bowl-winning quarterback and also served as an analyst for a variety of ESPN programs. The 14-year NFL veteran joined ESPN in July 2008, the same day he announced his retirement from the National Football League. Dilfer played for five teams during his career, including the Tampa Bay Buccaneers (1994-99), Baltimore Ravens (2000), Seattle Seahawks (2001-04), Cleveland Browns (2005) and San Francisco 49ers (2006-2007). 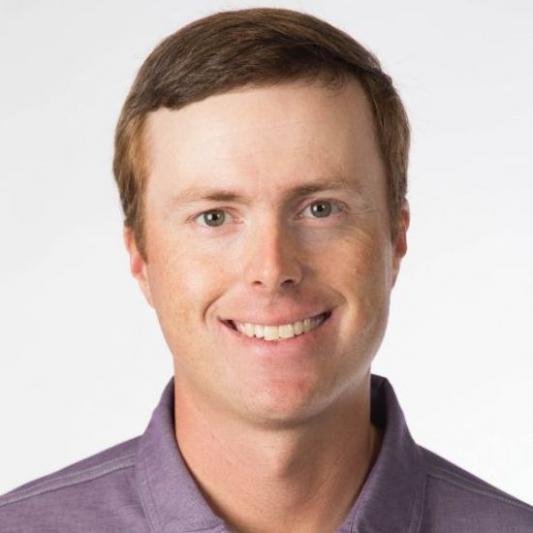 Ben Pellicani spent five years coaching at Lipscomb University helping the program reach new milestones as the Bisons qualified for the NCAA DI postseason twice as a team with at-large bids, once reaching the national championship all firsts for the university. Prior to joining the Lipscomb University coaching staff, Pellicani served for three years as the director and head coach of the Mike Bender Elite Golf Academy. While at MBEGA, his students claimed over 30 junior titles. He also worked with two students who have been ranked No. 1 in the nation and another pair who have been in the top-5 in the Rolex AJGA Junior rankings. Along with his work at MBEGA, Pellicani has worked with a number of US Senior Open qualifiers and an All-Atlantic Coast Conference player. His expertise in teaching has allowed him to speak at various PGA Section seminars and is a lead instructor at the local putting manufacturer SeeMore Putting Company. As an instructor, he has been recognized by Golf Digest as a “Best in State” and “Best Young Teacher in America” golf instructor since 2017. Additionally, Pellicani was named Tennessee PGA Section, 2019 Middle Tennessee Chapter Teacher of the Year. Pellicani is the owner of PelliGolf, a golf instruction organization. 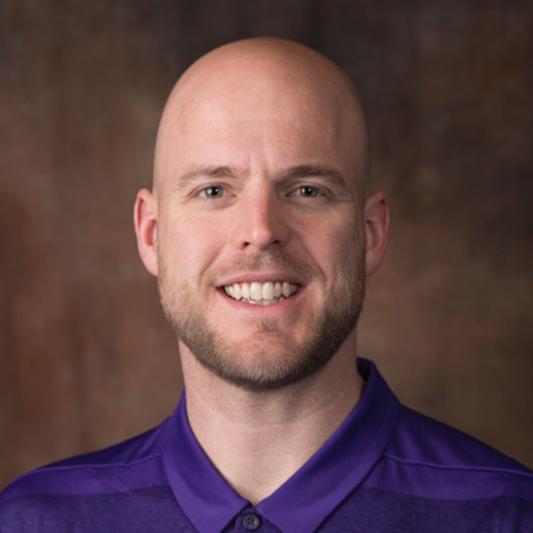 Ryan Bouch joined Lipscomb Academy in October 2018 as head high school boys’ soccer coach and was named director of soccer in September 2019. Leading the Mustangs in Division II soccer, Bouch envisions building a legacy at Lipscomb Academy with a superior soccer program in place. As director over the program, he works with all soccer coaches to build the early foundation blocks and have in place the fundamentals of soccer through practices. Prior to Bouch joining the academy, he was a semi-professional soccer player in England. Upon graduating from high school, Bouch played in the Cambridge City youth soccer system followed by stints at New Market Town and Bishop Stortford Football Clubs. After ending his career as a player, Bouch coached 13 and under and 16 and under soccer teams. As a side hobby, he is a competitor in Spartan races, half marathons and obstacle races at elite levels across North America. In 2017, Bouch was rewarded a full-time sponsorship by Nutrishop USA for his achievements, and in 2018, he was named a qualifier for the world championships in London, England, for placing second in the Warrior Dash in Pulaski, TN. In the last two years, he has competed in many races, 10 of which as podium finishes. 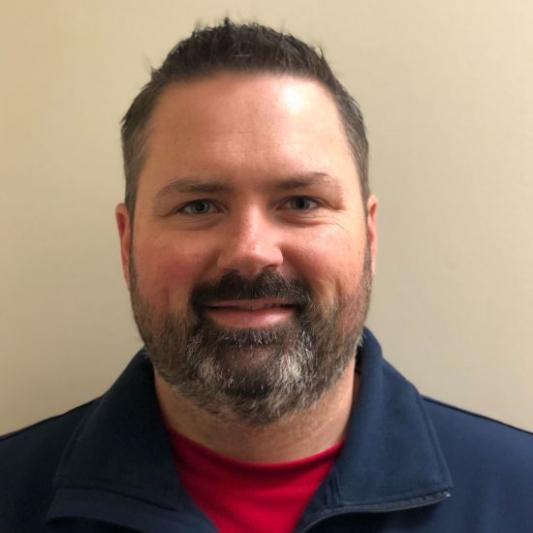 Josh Story is a former college baseball athlete for Trevecca Nazarene University and Lipscomb University. Upon graduation, he served as a graduate assistant coach for Lipscomb. After playing baseball for nearly two decades, he switched gears to coach 12U travel softball in 2012. Story believes that by marrying sports knowledge and athletic strength with exceptional experiences and genuine interactions, these serve to transform the student-athlete holistically. 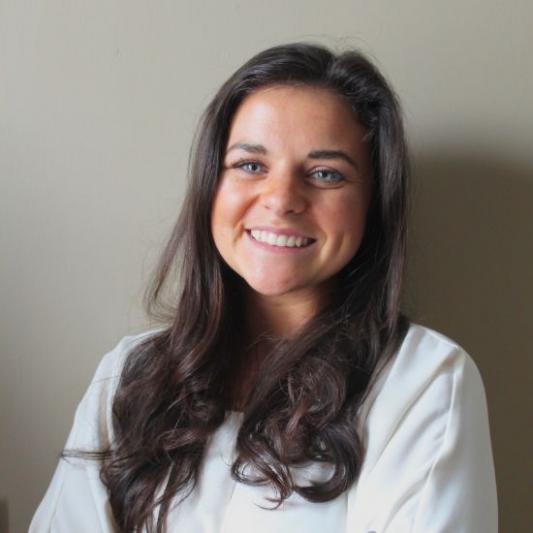 Katie Allison, a graduate of the University of Alabama and a seasoned coach to swimmers ages 4-18, coached swimming for eight years at the Bellevue YMCA, Gordon Jewish Community Center, and Levite Jewish Community Center. As a swim coach, Allison has had team representation at the state championship level five times (2013-2017). A private swim instructor for 11 years, she has taught individuals ages 6 months to 60 years old to swim. With a heart for service, Allison’s life choices embody Lipscomb Academy’s mission to live to serve. She is an active volunteer in her community having served with the Special Olympics, Alabama Institute for the Deaf and Blind, and Sisters for Soldiers. Additionally, she has dedicated her professional career to serving individuals with special needs. Currently, Allison is a lifestyle coach at MillarRich, an organization dedicated to making meaningful differences in the lives of children and adults with disabilities. Previously, she served as a severe autism teacher for Gwinnett County Public Schools in Georgia and a behavioral technician at Dogwood Autism Services in Atlanta. 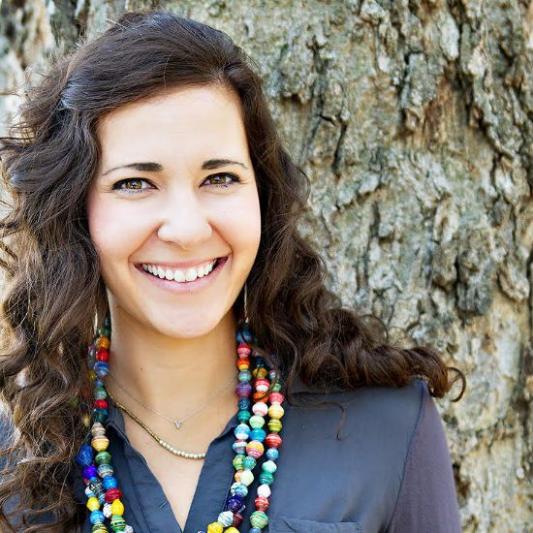 Former collegiate athlete Krystal Ribble has more than 24 years of experience on the court. While playing tennis at North Greenville University, she earned a Bachelor of Science in gerontology and health care management. Additionally, she earned a Master of Arts in Christian leadership from Liberty Baptist Theological Seminary and Graduate School. 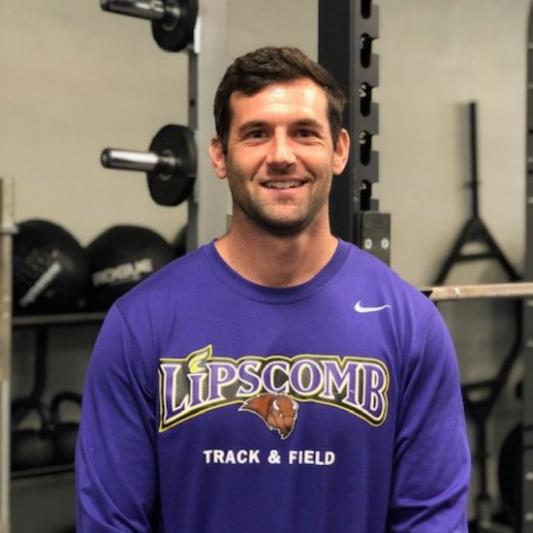 Hired as director of human performance in 2019, Seigenthaler served as head cross country coach for the 2019-20 school year. As a collegiate athlete at Lipscomb University, he competed as a decathlete and broke the university’s school record. Seigenthaler was head coach for both girls’ and boys’ varsity track and field for The Ensworth School for five years. During his five years at Ensworth, he coached two girls’ state championship teams, two girls’ runner-up teams and over 30 individual state champions. Seigenthaler twice was named Midstate Girls’ High School Track Coach of the Year by The Tennessean in 2015 and 2019 and was named Girls’ Track Coach of the Year by the U.S. Track & Field and Cross Country Coaches Association (USTFCCCA) in 2019. 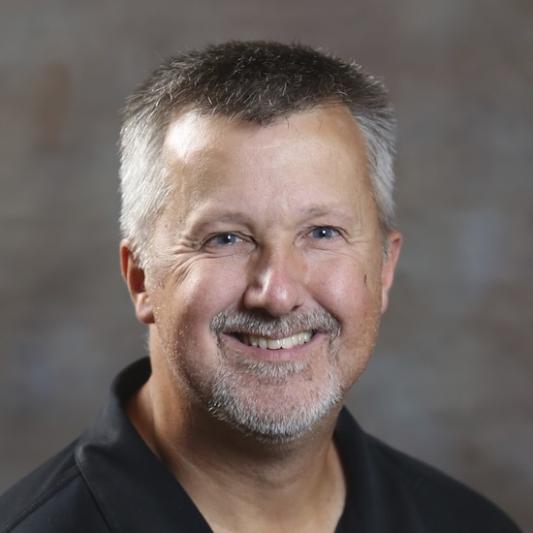 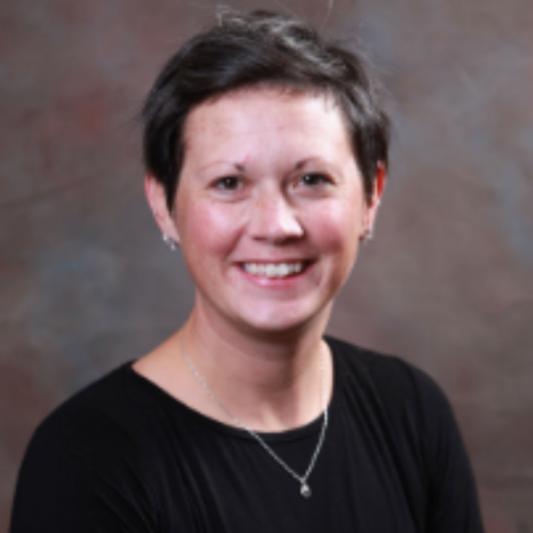