Pellicani spent five years on the coaching staff at Lipscomb University. While at Lipscomb, he helped the program reach new milestones as the Bisons qualified for the NCAA DI postseason twice as a team with at-large bids, once reaching the national championship all firsts for the university.

“Ben Pellicani has experience at the collegiate and professional levels and is a well respected teacher of the game. He has a holistic approach to coaching, that includes strength and conditioning and nutrition, with a deep appreciation for the spiritual aspect of what we do that is a great fit with the Mustang Athletic Program,” said York. “We look forward to how he will take the Mustang Golf program to the next level.” 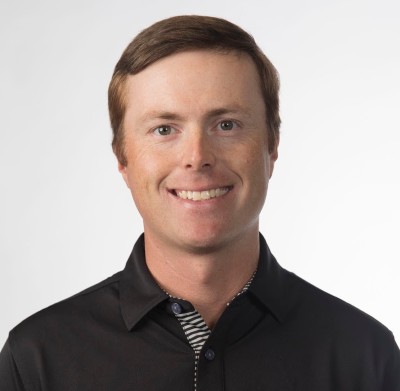 As an instructor he has been recognized by Golf Digest as a “Best in State” and “Best Young Teacher in America” golf instructor since 2017. This weekend, Pellicani was named Tennessee PGA Section, Middle Tennessee Chapter Teacher of the Year. His students have seen great success including Lipscomb Academy graduate Dawson Armstrong who under Pellicani’s tutelage became a two time All-American at Lipscomb University. Armstrong is now playing golf professionally on the Korn Ferry Tour after winning and finishing 8th on the money list on PGA Tour Canada in 2019. Pellicani is the owner of PelliGolf, a golf instruction organization.

“Golf is a difficult sport, and adversity provides us opportunities to learn and grow. I’m excited to walk with these student athletes to prepare them for life off the course through the lessons we will learn on the course,” said Pellicani. “Technology has evolved the game and I’m excited to help young people leverage that technology combining with old school methods to take ownership of their own games. I’m bringing the same system that I use with tour players and implemented at the college level to the student-athletes at Lipscomb.”

Prior to joining the Lipscomb University coaching staff, Pellicani served for three years as the director and head coach of the Mike Bender Elite Golf Academy. While at MBEGA, his students claimed over 30 junior titles. He also worked with two students who have been ranked No. 1 in the nation and another pair who have been in the top-5 in the Rolex AJGA Junior rankings.
A 2006 Bucknell University graduate, Pellicani captained the men’s golf program to their first Patriot League Championship behind the lowest single round score in conference and school history.

Along with his work at MBEGA, Pellicani has worked with a number of US Senior Open qualifiers and an All-Atlantic Coast Conference player. His expertise in teaching has allowed him to speak at various PGA Section seminars and is a lead instructor at the local putting manufacturer SeeMore Putting Company.

Pellicani and his wife, Amber, have two daughters, Kendall (4) and Lily Kate (2), who are both students at Lipscomb Academy’s SEED School.