It’s football time at Lipscomb Academy and the Nashville community is invited to share in the excitement!

It’s a new era for the Lipscomb Academy Mustang Football program with first-year head coach Trent Dilfer, former NFL quarterback and ESPN broadcaster. But this season Friday nights are about more than just a football game.

This fall Lipscomb Academy is launching the Music City Mustang Stampede, a FREE community celebration for neighbors and fans of all ages that will take place before each home game this season. And it all begins Friday, August 23, where ‘all we want to do is have some fun’ with Grammy Award winning singer-songwriter Sheryl Crow as the special guest for the first Music City Mustang Stampede at Lipscomb Academy. Crow was recently featured in Billboard Magazine and is making a tour stop at the legendary Ryman Auditorium Sept. 23 and 24. (Buy your tickets to the Ryman concerts here!). Lipscomb University alums Patrick Carpenter and Daves Highway, featuring siblings Delaney, Zachary and Erika Daves, will also be part of this exciting pre-game celebration! 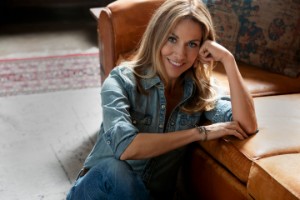 A nine-time GRAMMY AWARD recipient, Sheryl Crow is an American music icon. Her nine studio albums have sold 35 million copies worldwide; seven of them charted in the Top 10 and five were certified for Multi-Platinum sales. In addition to such No. 1 hits as “All I Wanna Do,” “Soak Up the Sun” and “The First Cut Is the Deepest,” Crow has lofted 40 singles into the Billboard Hot 100, Adult Top 40, Adult Contemporary, Mainstream Top 40 and Hot Country Songs charts, with more No. 1 singles in the Triple A listings than any other female artist. Many artists have collaborated with her on special projects, including the Rolling Stones, Eric Clapton, Smokey Robinson and Tony Bennett. She is known as well for her passionate support of multiple charities, including City Of Hope, Stand Up To Cancer, The World Food Program, Feeding America, ADOPT A CLASSROOM, the TJ Martell Foundation, the Elton John AIDS Foundation, MusiCares, the Special Olympics and many other worthy causes. Her most recent studio album, Be Myself, was released in 2017, followed by the live Blu-Ray/CD Live At The Capitol Theater in fall 2018. A brand-new full length studio album featuring collaborations with a stunning array of Crow’s musical heroes is scheduled for release in 2019. For more information, visit www.SherylCrow.com.

Following the Music City Mustang Stampede, the community is invited to stay and watch the Lipscomb Academy Mustangs in action on the football field. Kick-off is at 7 p.m. Tickets for the football game are $10 for adults, $5 for students (Lipscomb Academy and Lipscomb University  students are free with valid Lipscomb ID) and are available for purchase in advance online www.lipscomb.edu/academy/athletics/fan-zone/music-city-mustang-stampede beginning at 8 p.m. CST on Monday, August 19 and at the gate before each game.

“My family and I are honored to be part of the Lipscomb community, and we believe that God has led us specifically to this community at this time. My goal is for us to be great in football, but more importantly for our football program to represent what is best in this neighborhood and the great city of Nashville,” said Dilfer. “I’m coming to Nashville from Austin, Texas, and if you know anything about football in Texas you know that high school football games are much more than just sporting events. They are events that engage and build community — not just among the student athletes and their families — but where our neighbors and the city come together to have fun, to watch football and to have a Friday night experience that is the highlight of their week. That’s what we are going to build with the Music City Mustang Stampede. We invite everyone to come out and see the exciting things happening with Lipscomb Academy football this fall.” 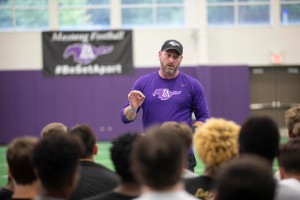 Trent Dilfer, former NFL quarterback and ESPN broadcaster, is in his first year as head coach of the Lipscomb Academy Mustang football team.

A former Super Bowl-winning quarterback, Dilfer was an analyst for a variety of ESPN programs. The 14-year NFL veteran joined ESPN in July 2008, the same day he announced his retirement from the National Football League. Dilfer played for five teams during his career, including the Tampa Bay Buccaneers (1994-99), Baltimore Ravens (2000), Seattle Seahawks (2001-04), Cleveland Browns (2005) and San Francisco 49ers (2006-2007). Dilfer led the Ravens to a 34-7 victory over the Giants in Super Bowl XXXV. The 1997 Pro Bowl selection finished his career with 20,518 passing yards. Dilfer was the sixth overall pick by the Buccaneers in the 1994 NFL Draft out of Fresno State University.
For Lipscomb Academy Mustang football game-day information, including parking locations, shuttle schedules, game-day schedule, Music City Mustang Stampede details and ticket purchasing, visit www.lipscomb.edu/academy/athletics/fan-zone/music-city-mustang-stampede.

Dilfer was the sixth overall pick by the Buccaneers in the 1994 NFL Draft out of Fresno State University.