Lipscomb Academy's Green Team is making a powerful impact on the community through its work, and has once again been recognized nationally for its leadership and example.

The NEED Project is awarding the school $1,500 stipend to help fund the cost of attending the conference these summer where Lipscomb Academy will officially receive the award.

“This recognition is really exciting especially for the students. It is affirmation that what we are doing at one school in one city does make an impact — and that others are watching and learning from what we do,” says Ginger Reasonover, science faculty and co-coordinator of the Green Team program. “It has never been about the awards, but about helping our students develop an awareness of how to be and the importance of being good stewards of our planet. If we can help the children see how we can take care of God’s world, they will see that they can change the world. They are our future leaders. At Lipscomb, taking care of the environment is not something that we do … it’s something that we are.”

“It is sweet to know that each group of kids has been recognized for their efforts through awards like these. The whole point of this has been to teach leadership to the children, but also to show children God's everyday miracles that we walk past all the time and maybe never noticed before,” adds Becky Collins, lower school faculty and co-director of the Green Team program. “We also help them understand a larger worldview and to realize that what we do where we are can affect somebody on the other side of the globe. For example because we do something to protect forest land, we are helping keep the water table in balance which in turn impacts something else. 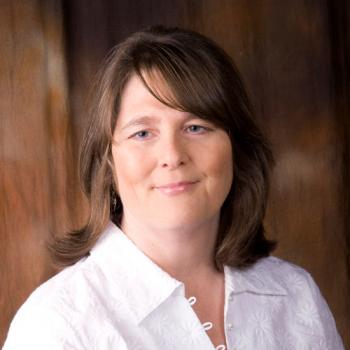 “It's like a butterfly effect — it has permutations that go all the way around the globe, because that's the way God set the globe up to work,” she continues. “It's something they've never realized before. But it makes them stop and think more about their actions because they know there's a much wider impact.”

Lipscomb Academy’s Green Team is composed of students from kindergarten through fourth grade. The school was awarded this honor for its project entitled “Lipscomb Green Team.” The project highlights the work of the Green Team over the last year, which focused on the theme “Rooted in Energy.”  Students study 10 sources of energy each school year including coal, petroleum, uranium, natural gas, propane, wind, biomass, geothermal, hydro and solar. Reasonover and Collins make the connection between these energy sources and nine Green Team initiatives each year. These include the lower school campus becoming classified as a Level 1 arboretum, recycling program, community outreach, education, America Recycles Day, riparian zone, campus gardens, environmental responsibility and Walk 4 Water.

Other initiatives this year have included using a construction project at the lower school to learn about the impact of water and electrical engineering, collecting and packing snack packs for first responders on the front lines of the Covid-19 pandemic, creating pumpkin catapults to experiment with potential and kinetic energy, recycling old t-shirts by making face masks from them and learning about biomass in the outdoors through the use of fire.

Lipscomb Academy’s Green Team program was also named the 2020 Recycler of the Year by the Tennessee Recycling Coalition. In addition to these recent awards, the Green Team is one of seven programs selected to partner with Tennessee State University as part of a $6 million multi-state grant to eliminate the Apple Borer Beetles, which destroy food commodities in the United States. As part of the study, one group of trees will be mulched and another will have ground cover thought to discourage beetle infestation. Green Team members conducted the initial data collection needed for the project.

Since the inception of the environmental education program, recycling has been the program cornerstone.

“All grade levels actively participate in efforts to reduce waste in the classrooms, cafeteria and other areas. Teachers, in turn, continually make connections between those efforts and the environment,” explains Collins.

Each November, the Green Team organizes an annual America Recycles Day, during which a variety of household waste items are collected for proper disposal. This year, due to Covid-19 the recycling collection day was moved to March. More than 300 cars brought loads of household items to be recycled. Funds earned by the Green Team through its recycling efforts and other awards and honors are reinvested in the school’s environmental education program or to help others. Last summer, the Green Team donated summer recycling earnings to the Living Water Project, which finances, supports and participates in the construction of clean water wells all over the world. They funded the purchase of a solar panel to operate a pump for a new well at a Made in the Streets facility in Nairobi, Kenya.

The Green Team may be made up of young elementary school-aged children, but they have made a powerful impact on the community through their work. In 2015, students launched the STREAM (Students Taking Responsible Environmentally Active Measures) in Progress project to restore life to a portion of the west fork of Nashville’s Brown’s Creek. The project led to the discovery of a water main leak that had caused chlorine to get into the stream which kept plant and animals from being able to survive there. Once the leak was fixed, in conjunction with Nashville’s Metro Water Department, the presence of salamanders and snails were found in the creek and a variety of birds and butterflies returned to the area. For its work, Lipscomb’s lower school was named Primary School of the Year by the Tennessee Department of Environment and Conservation’s Office of Energy Programs and was recognized by the U.S. Department of Energy as the 2015 Primary School of the Year as part of its NEED project that year.

Reasonover says Green Team students not only learn environmental stewardship from an early age, they influence those around them.

“Sharing knowledge and an appreciation of nature is always a primary goal of the Green Team,” she says. “Members are constantly reminding classmates and family to recycle and leading class discussions of environmental issues.”

After coordinating the Lipscomb Academy program for more than 20 years and having taught thousands through the Green Team, Reasonover and Collins will be leaving their work with the program. Reasonover’s science faculty position has been restructured and Collins is retiring after 42 years in the classroom. Teaching young students environmental stewardship has been a labor of love for this dynamic duo.

“We always tell the kids that for every action they make, there's either a positive or a negative reaction. So every time they do anything, you weigh it one way or the other. We want them to get up every day and make the best possible decisions that they can make not only for the environment, but for themselves,” reflects Reasonover. “In working in a group like this they learn how to communicate and collaborate with each other, they’re problem solving … all of those skills that are so important for our students. It's great to see the older kids helping the younger ones. Then it's great to see the younger ones get so excited that they can hardly wait to see what we do next. It's just unexplainable. It is just so great.”

Collins says the Green Team helps the younger students have a sense of belonging and accomplishment.

“What makes the little ones feel so important is that the bigger ones pay attention to them, see them in the hallway at school and wave at them,” she says. “They tell their teachers and friends, ‘That's my Green Team friend.’ It just makes them feel so valued, like they belong and that they have a place.” 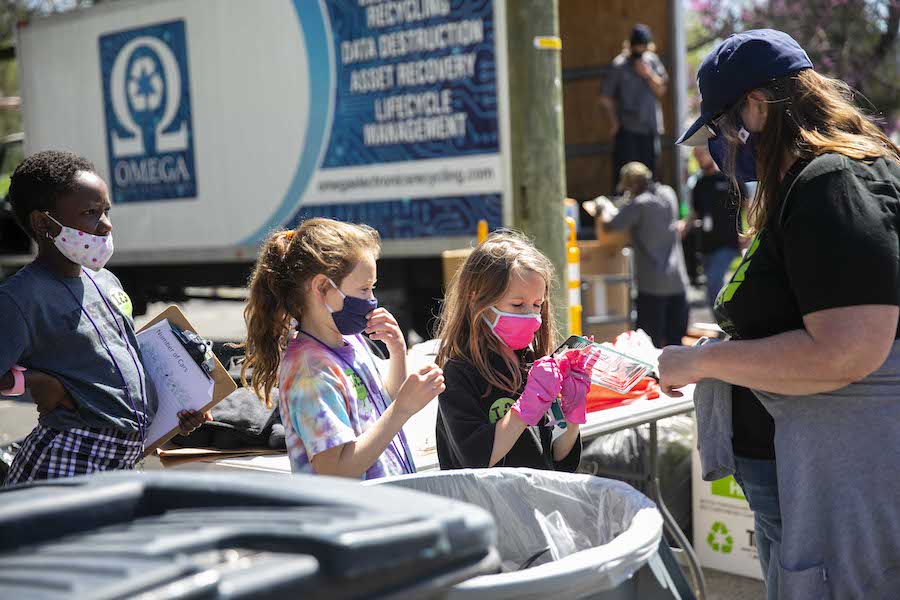 They have built a program that has made Lipscomb Academy’s Lower School a model for other schools across the nation. Lipscomb Academy’s Lower School has won top honors in the Good Sports Always Recycle program six times. In addition to its national Green Ribbon designation, the school’s third-graders earned first-place honors in Tennessee as part of Disney’s Planet Challenge. In 2013, the school also received the SeaWorld & Busch Gardens Environmental Excellence Award with a $10,000 grant to help fund its School Children’s Recycling Action Program (SCRAP). The school was also named Tennessee’s 2011 Recycling School of the Year. In 2016, the school received the Governor’s Award for Excellence in Green Schools-K-12 for the third time.

Reasonover and Collins have also held workshops to help others learn how to develop programs in their schools, even hosting delegations from schools in New Jersey and as far away as Japan who have visited Lipscomb Academy to learn more about the Green Team. They have spoken to countless organizations and groups about this work. They have worked tirelessly for their students and to equip them to better the world around them.

Reasonover says through the years Collins has been patient with all of her “crazy ideas.”

“She is the one who takes a lot of those crazy ideas that I have and actually brings them to fruition and makes them happen,” admits Reasonover.

Reasonover says it has been a good partnership.

“We're not sure what we're gonna do without each other,” she concludes.