“Lipscomb Academy is excited about the expertise level that Leslie brings to our softball program. Her firsthand knowledge as an athlete on both high school and college levels, coupled with collegiate coaching, will be an asset in developing the middle school team and preparing them for play on a varsity level,” stated Michelle York, associate head of school for athletics. 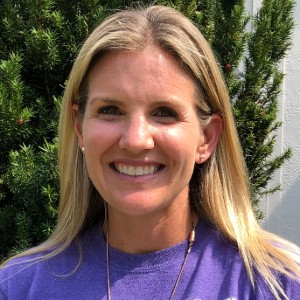 As a student at Goodpasture Christian School, Robinson and her team won two TSSAA Tennessee State Championships, and her team was state runner-up twice. Additionally, she was named mid-state player of the year and was selected as an all-state athlete for three different years. After high school, Robinson was recruited to play softball at Louisiana State University (LSU). While at LSU, her team won the Southeastern Conference (SEC) two consecutive years, came in third place in the Women’s College World Series and was ranked third in the country by the National Fastpitch College Association (NFCA). Robinson transferred to the University of Tennessee-Chattanooga (UTC), and her team won the Southern Conference and went to the NCAA Regional Tournament twice.

While completing her Master of Education degree at Trevecca Nazarene College, Robinson was the graduate assistant softball coach there and coached the team to the Division II World Series. Currently, Robinson is a second-grade teacher at Lipscomb Academy’s Lower School.